The brand new series of Chuggington, the action-packed and contemporary animated train TV programme for pre-schoolers, has been shown on CBeebies since the end of the summer and Tigger has been treated to a copy of series four to see what he thinks.

Join Wilson, Brewster and Koko on their most exciting adventures yet as they move up to advanced training. Watch them face new challenges, learn new skills and discover a sense of achievement through teamwork, courage and determination. Series four draws in new and existing young fans with the introduction of exciting new characters, extensive rolling stock and new locations, including the Drop and Load Yard, the Working Wheels Service Yard and the Chug Patrol Headquarters. 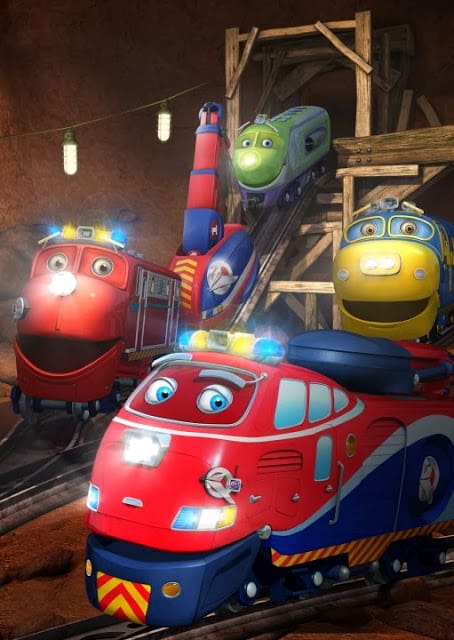 Whilst feeling a little sorry for ourselves yesterday (we’re all a little under the weather) I popped in the Chuggington Series Four disc and Tigger was taken into the world of Wilson, Brewster and Koko. As each episode only lasts for approx 10 mins they are a nice short burst of action.
Chuggington fans will be familiar with the episode format where at least one of the Chugs learns a valuable lesson, for example, how to stop in an emergency. Personally I quite like these little ‘life lessons’ as children are taking them in without even noticing.
Tigger is usually a Thomas & Friends fan, however I think he may now have twigged that there is another set of trains in world and maybe they need to come and join in his playtime fun.
Boo xxx
Disclosure Policy: We received a copy of Chuggington Series Four (Promo Disc) FOC for the purpose of review.
Trains TV

Ultrabib the must have weaning accessory