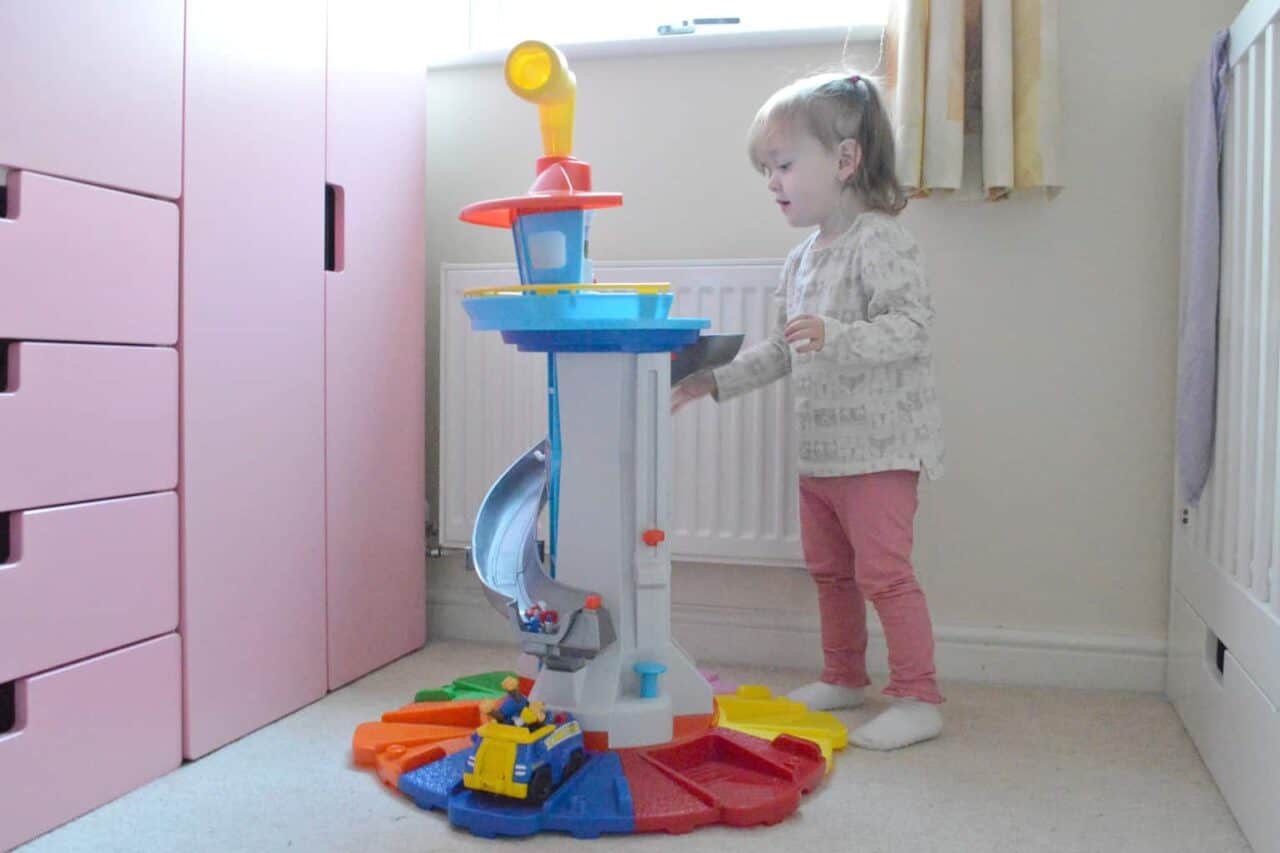 If our TV could show up icons for the most popular TV channels shown on our TV then Nick Jr. would certainly make the top three (if not the number one spot). It is from watching the Nick Jr. shows that we stumbled upon PAW Patrol earlier in the year. After just an episode or two Piglet was hooked and as soon as she hears the theme tune come on she will stop what she is doing and head over to the TV.

PAW Patrol has also aided me via Netflix on the days when eating is so over-rated and Piglet is being fussy. Popping an episode of PAW Patrol on the iPad in the kitchen (yes, I am one of those parents) she is soon eating her lunch without even thinking about it. Far too engrossed in the adventures that the pups and Rider are on.

As Piglet approaches her second birthday and Christmas, we have been looking at a range of the PAW Patrol toys available. With the PAW Patrol vehicles and pups available separately, it allows us the option to purchase her favourites or treat her to the whole team. Although it is the PAW Patrol My Size Lookout Tower from Spin Master is something that we have been playing with over the past few weeks (**Spoiler alert** – we love it!).

Big rescues call for an even bigger tower. Help the Paw Patrol keep an eye out for trouble with the my size lookout tower! standing at an impressive two and a half feet tall, this tower is the perfect vantage point for your child to observe the action of the city. Using the rotating periscope at the top of the tower, they can do a visual sweep of adventure bay. When something is spotted, use the buttons on the tower to activate lights and authentic sounds from the show. Push the icons on the interactive pup pad and hear each pup weigh in with their signature phrase. When it’s time to leap into action, Chase is on the case! send him speeding down the towers slide.

Given that the My Size Lookout Tower comes in a substantially sized box, I assumed that I would just need to click a few of the bottom pieces on and it would be ready for action. Unfortunately, it does come with a bit more assembly required. Thankfully having learnt my lesson from opening toys and assembling them with a helpful almost two-year-old I opted to do this whilst she was napping.

Assembly is relatively easy, with clear instructions and took around 20 minutes to pop together. I loved that it included the 2x AAA batteries required for the pup pad to operate (no scramble around the house to find batteries).

Having previously seen the PAW Patrol My Size Lookout Tower whilst I attended Blog On Xmas in September I knew just how impressive it is. The look on Piglet’s face as she woke from her nap to find it sitting in the corner of her nursery was adorable. Shouting ‘Chase’ as she approached the tower and grabbed hold of Chase’s vehicle. 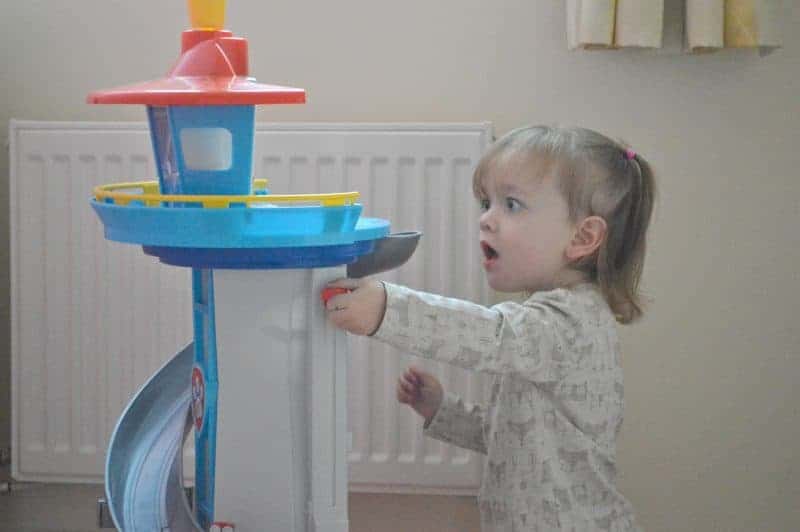 With an array of different features, I’m not sure that she has discovered them all just yet. Which means that it will keep adding to the interest over the coming weeks and months. The pup slide, however, I think has to be her favourite feature with Chase and Marshall taking several trips down there with each play session.

As this is a larger toy it could easily be played with two or three children at any one time. With Tigger and Roo getting in on the action (they are never too old to play with Piglet’s toys!). With the additional vehicles and pups available they would make great add-on gifts from family and friends to complete the tower. 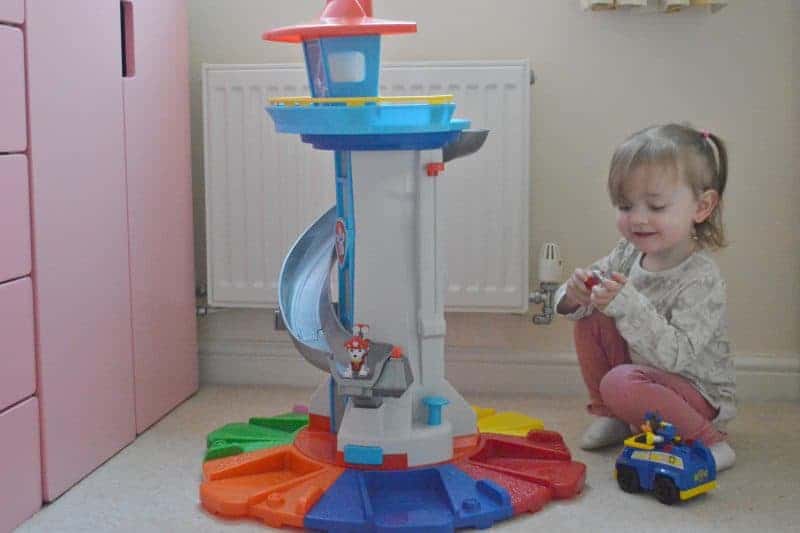 PAW Patrol My Size Lookout Tower // Where to buy

The PAW Patrol My Size Lookout Tower has a £109.99 RRP and is available to buy from Amazon, Argos, Smyth Toys and all other good toy retailers.

Disclosure: We received a PAW Patrol My Size Lookout Tower FOC for the purpose of review 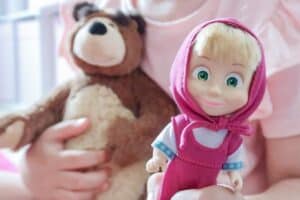 Role-Playing fun with Masha and the Bear 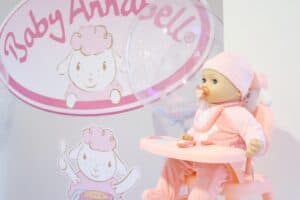