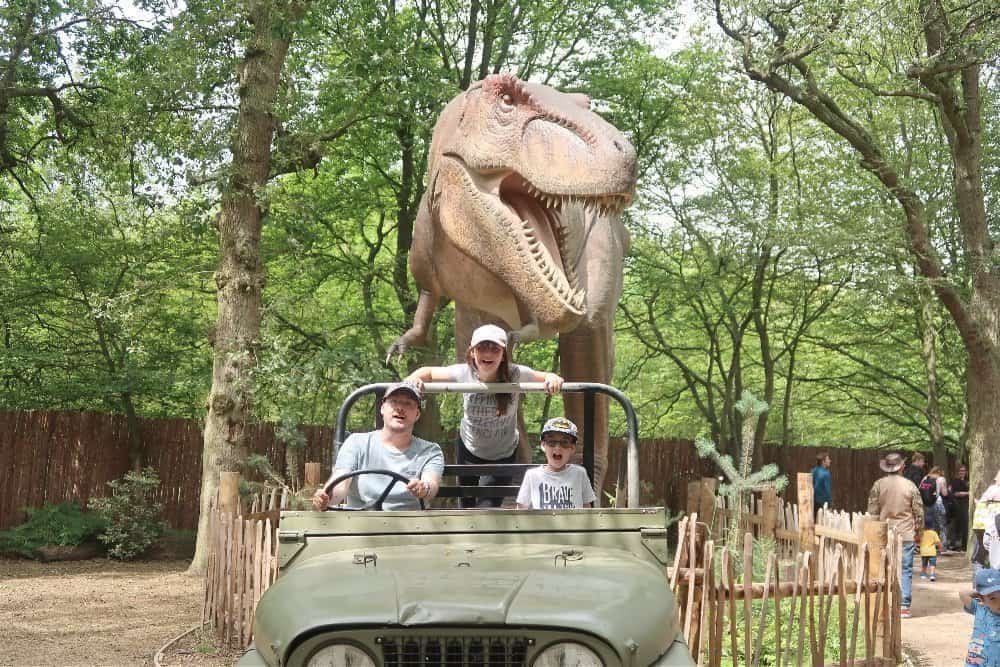 Over the last few years, I have seen Paradise Wildlife Park pop up on my social media feeds. From friends who have visited and have shared their snapshots from their day out. Although thinking how beautiful it looked, I have to confess that we’d never managed to take a trip to the wildlife park ourselves. However, last weekend we finally had the chance to load up the car and make our way over to Hertfordshire to see what Paradise Wildlife Park had instore for us.

During our visit to the park, we took so many photos that we are going to have to create a photobook documenting our adventure. I’ve added a few of our favourites below, but these merely scratch the surface on everything that we captured. Spoiler alert… We had an amazing day!

There are also many adventure playgrounds, an outdoor paddling pool, soft play and of course, their latest attractions… World of Dinosaurs with 30 life-size animatronic dinosaurs all set in a Jurassic Park style section of the park and the brand new ‘Lion Pride Lands’ enclosure, which houses the parks Lions in a brand new enclosure in the centre of the park.

Starting our adventure at the Discovery Centre we made our way passed the ‘On Safari Golf’ (something we forgot to go back to) and headed into the World of Animals. With the new Lion Pride Lands greeting us as we turned the corner. A beautiful habitat for the lions with large viewing areas for visitors to peek in, with a discovery truck for the children to interact with (and of course grab a photo in). During our trip, the lions were sleeping – the children weren’t impressed with my sleeping lions joke (they need to realise that I AM funny!).

Walking around the World of Animals the habitats are all within easy distance, even for little legs such as Piglet. We had brought the pushchair as we weren’t sure if she would tire from the walking between the different animals. However, it ended up being utilised to carry the picnic and coats (save me carrying them).

Throughout the park, there are different viewing levels so that you are hopefully able to get the best vantage point to see the animals. The majority of these are accessed via steps, however, the Tiger treetops section does have a large ramp so you are all able to get up and see the Jaguars, Tigers and Cheetahs.

Something we noted about many of the different areas is just how interactive they are. Paradise is inviting you and the children to crawl through tunnels, climb upstairs and even feed the animals (food to be bought at certain areas within the park). It’s not ‘let’s go for a walk and spot some animals’ type of attraction. They want their visitors to feel as up close the animals as possible (obviously within reason).

As we arrived at the park we spotted the World of Dinosaurs section as we drove down the main entrance into the car parking area. As we were collecting our tickets from the Discovery Centre we completed the main wildlife park area first. However, if you collect/purchase tickets the main entrance is on the World of Dinosaurs side of the park. With a walkway through to the animal park – although I think had we come in that way the children would have been drawn to this area first, leaving the animal side until later in the day.

The first thing we loved about the World of Dinosaurs is the nod to the classic Jurassic Park with the large gates and signage fans will recall from the films. Once through these iconic gates, it’s time to take a step back in history and discover the 30 life-size animatronic dinosaurs. Each with information cards so that the children (and adults) can learn more about the dinosaur species in front of them. With sensors hidden in the undergrowth, the dinosaurs will move, roar and possibly even spit water as you walk by. Something that will keep the children on their toes and possibly even a few adults.

Around halfway around the World of Dinosaurs there is another nod Jurassic Park with an abandoned Jeep underneath the T-Rex – making it the perfect photo op (got to have those all-important photos). After making your way through the remaining dinosaurs there is a lovely dino-store (loving the pun). With a dino-dig area for the children to become palaeontologists. Alongside a small cafe, picnic area and dino eggs (another fabulous photo op).

After walking around the main Paradise Wildlife Park and the World of Dinosaurs section, What The Dad Said and I thought it was time for a slower pace of life. Taking advantage of the Pirates’ Cove adventure playgrounds the children headed off in three different directions (as they always do). With Piglet being three years old, visiting playgrounds can often be quite restricting for her as she is too little for the activities, However, we were pleased to find a number of activities that she was able to take part in, many of which independently (obviously with a watchful eye from either one of us).

Paradise Wildlife Park is located in Broxbourne just off the A10, north of the M25. As we drove closer to the park we realised that it was one of those attractions that we have possibly driven closeby many times without even noticing. Although now it is on our radar we will be ensuring that we visit again. Especially as despite spending almost all day there we still had areas of the park that we hadn’t discovered. Not to mention the area that is currently under construction – so we need to go back to discover what they have been building.

How to book tickets for Paradise Wildlife Park

If you are thinking of visiting Paradise Wildlife Park take a look at their website for the best price available. Paradise Wildlife Park is a charity and your ticket helps protect endangered animals in the UK and around the world. If you add a 10% donation, they can claim tax back from the government’s Gift Aid scheme. 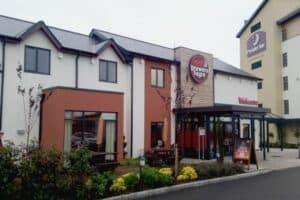 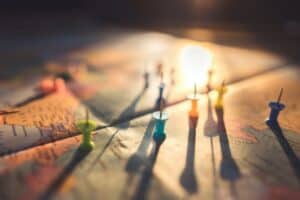 This website uses cookies to improve your experience while you navigate through the website. Out of these, the cookies that are categorized as necessary are stored on your browser as they are essential for the working of basic functionalities of the website. We also use third-party cookies that help us analyze and understand how you use this website. These cookies will be stored in your browser only with your consent. You also have the option to opt-out of these cookies. But opting out of some of these cookies may affect your browsing experience.
Necessary Always Enabled
Necessary cookies are absolutely essential for the website to function properly. These cookies ensure basic functionalities and security features of the website, anonymously.
Functional
Functional cookies help to perform certain functionalities like sharing the content of the website on social media platforms, collect feedbacks, and other third-party features.
Performance
Performance cookies are used to understand and analyze the key performance indexes of the website which helps in delivering a better user experience for the visitors.
Analytics
Analytical cookies are used to understand how visitors interact with the website. These cookies help provide information on metrics the number of visitors, bounce rate, traffic source, etc.
Advertisement
Advertisement cookies are used to provide visitors with relevant ads and marketing campaigns. These cookies track visitors across websites and collect information to provide customized ads.
Others
Other uncategorized cookies are those that are being analyzed and have not been classified into a category as yet.
SAVE & ACCEPT
187 shares