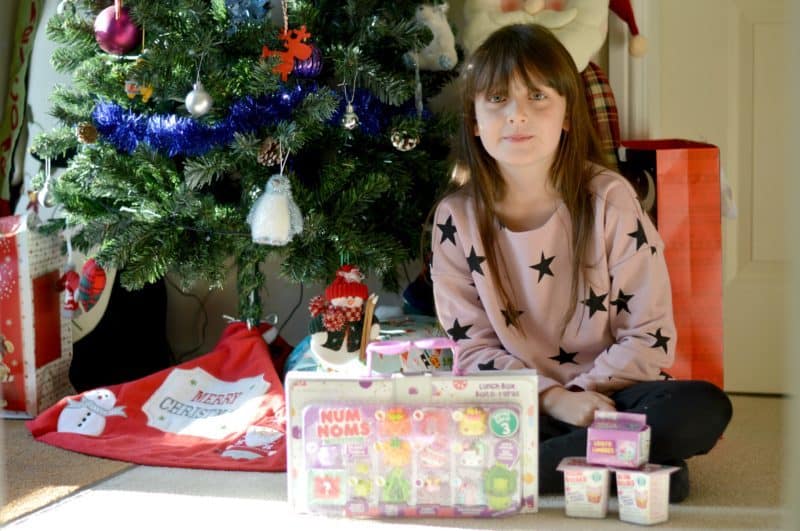 Earlier this year as we left a day out at Legoland and headed back to the car with weary legs, there was a Num Noms sample stand outside the exit. They were kindly handing out blind boxes to each of the children as they left the park. Roo and Tigger were both handed a box each and as Mr. Boo and I packed up the car they sat and opened them. From that moment they have been on the hunt to add more their collection.

They’d received a Series 2 blind box, one containing a lip gloss (Roo was very pleased about this) with Tigger receiving a stamp. I must confess to not having heard of them before that day, however, Roo has been keeping me up to speed on the Num Noms range eagerly awaiting Series 3 to be released on Boxing Day so that she can spend some of her Christmas money on a few blind boxes.

As you can see the new Num Noms Series 3 range offers some delicious smelling treats. The range contains 90 different Num Noms to collect.

The new range of Num Noms Series 3 and a Num Noms Series 1 Lights are available from Boxing Day. Available to buy from Amazon, Smyths Toys, and all other good toy retailers.