At the end of last month the new Marvel’s Avengers: Age of Ultron film was released in cinemas and within the first week Mr Boo headed off to see it with some of his mates from work. Nothing usual there accept Tigger has watched the adverts on the TV for the new film and has been asking to go and see it – but at just 4 years old and unsure of what lay ahead in the 12A rated film we opted not to tell him about Daddy going to see it without him.

Thankfully the Disney store have a wide range for dress up, accessories and toys available to accompany the release of the Marvel’s Avengers: Age of Ultron film. As Tigger is a huge fan of all the Marvel superheroes I was pleased to see there was a little something for each of them available. With Iron Man being Tigger’s current favourite superhero it made his day when the new Iron Man Arc FX Armor by Hasbro arrived for him to try out…

Imagine you’re blasting into battle like Iron Man with these articulated Arc FX gloves, featuring a light-up repulsor in the palm of one glove. Raise your hand to activate lights and blasting sound effects. One repulsor and two articulated gloves are included.

The new Iron Man Arc FX gloves are recommended for children aged 5 and over, personally I think that this is due to the size of the gloves as they were a little large on his small hands (in fact daddy could happily wear them). The motion sensor gloves work by switching them to the on position, pressing the repulsor then raising your arms to 90 degrees will activate both sound and light up the repulsor, then finally raising your hands vertical it will sound and light up once again.

Tigger has loved blasting around the house wearing these and with the occasional repulsor glove flying off on its own (because that’s what it does in the film Mummy). Teamed with his Iron Man costume that he already owned (although is getting a little small *must buy next size up*) he really looks the part as he is attempting to save the world or at least his other Avenger toys from the bad guys. 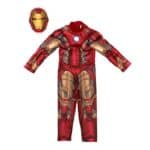 Little action heroes can transform into the legendary Iron Man with this cool costume! Padded at the shoulders and chest, it features a light-up arc reactor and comes with a mask to complete the Avenger’s look. 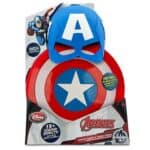 Equip young Super Heroes with this awesome Captain America mask and shield! The shield lights up on impact and features fifteen sound effects and Captain America phrases too. 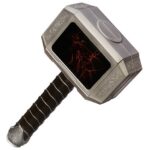 Unleash the power of Thor with this awesome hammer! It features motion-activated thunder sounds, and crackling illuminated lightning too. 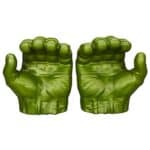 ransforming into the mighty Hulk is easy with these awesome Gamma Grip Fists! They grip, they grab – and they Hulk smash!

And in case you have missed what the new Avengers: Age of Ultron film is all about – it is the epic follow-up to the biggest Super Hero movie of all time. When Tony Stark tries to jumpstart a dormant peacekeeping program, things go awry and Earth’s Mightiest Heroes, including Iron Man, Captain America, Thor, The Incredible Hulk, Black Widow and Hawkeye, are put to the ultimate test as the fate of the planet hangs in the balance. As the villainous Ultron emerges, it is up to The Avengers to stop him from enacting his terrible plans, and soon uneasy alliances and unexpected action pave the way for an epic and unique global adventure.

Have you seen the Avengers: Age of Ultron film yet?

Join Boo Roo and Tigger Too, Emma and 3 and Frugal Family celebrating all things clothing, shoes and accessories in our weekly Wednesday’s Wardrobe linky – please add your fashion related posts to the linky and share the love by visiting other bloggers who have joined in. 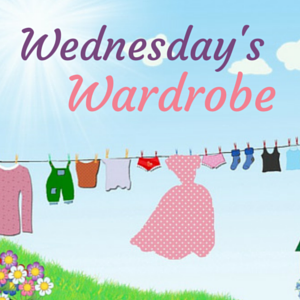 Disclosure: We received Iron Man Arc FX Armor by Hasbro FOC for the purpose of review 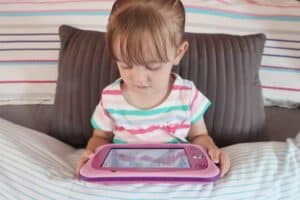 How to host a Craft Party #HaveaCraftParty 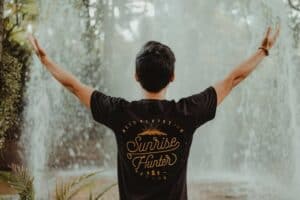