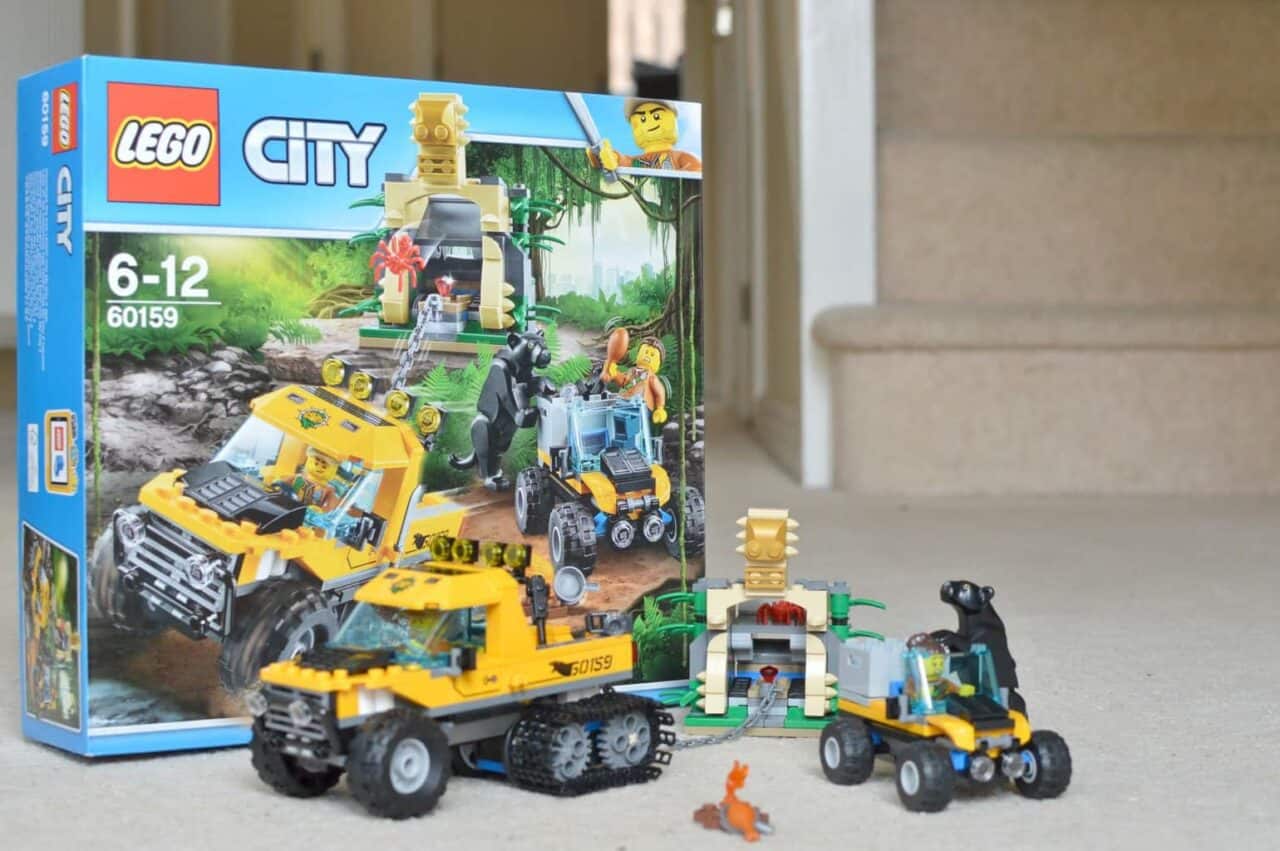 I always joke with Mr. Boo that LEGO allows him to have that Peter Pan feeling about his childhood love. To this day he loves LEGO probably even more than he did as a child (although he still holds fond memories of his LEGO pirate ship). With a Daddy who loves LEGO, it was only a matter of time before at least one of the children showed interest. Whilst Roo expressed an interest in the LEGO Friends range it is Tigger who has really grasped the true love of the popular brick.

I can still remember him coming home with his very first LEGO City set. It was one of the little construction sets, which with a gliding hand from Daddy was built as soon as he got in. From that day he has included LEGO on birthday and Christmas lists. If he has a chance at getting a reward for school certificates or good behaviour then LEGO will always feature on suggested treats list.

The latest release in the LEGO City range is LEGO City Jungle, a follow up to the volcano and sea-based themes they have had in the past few years (both of which Tigger has loved). With a range of sets for both ability and price point available, it is a range to capture your imagination and create adventures with.

National Geographic Kids and LEGO® City have collaborated on a special partnership to inspire children to explore, discover and learn about jungles and the importance of their preservation. 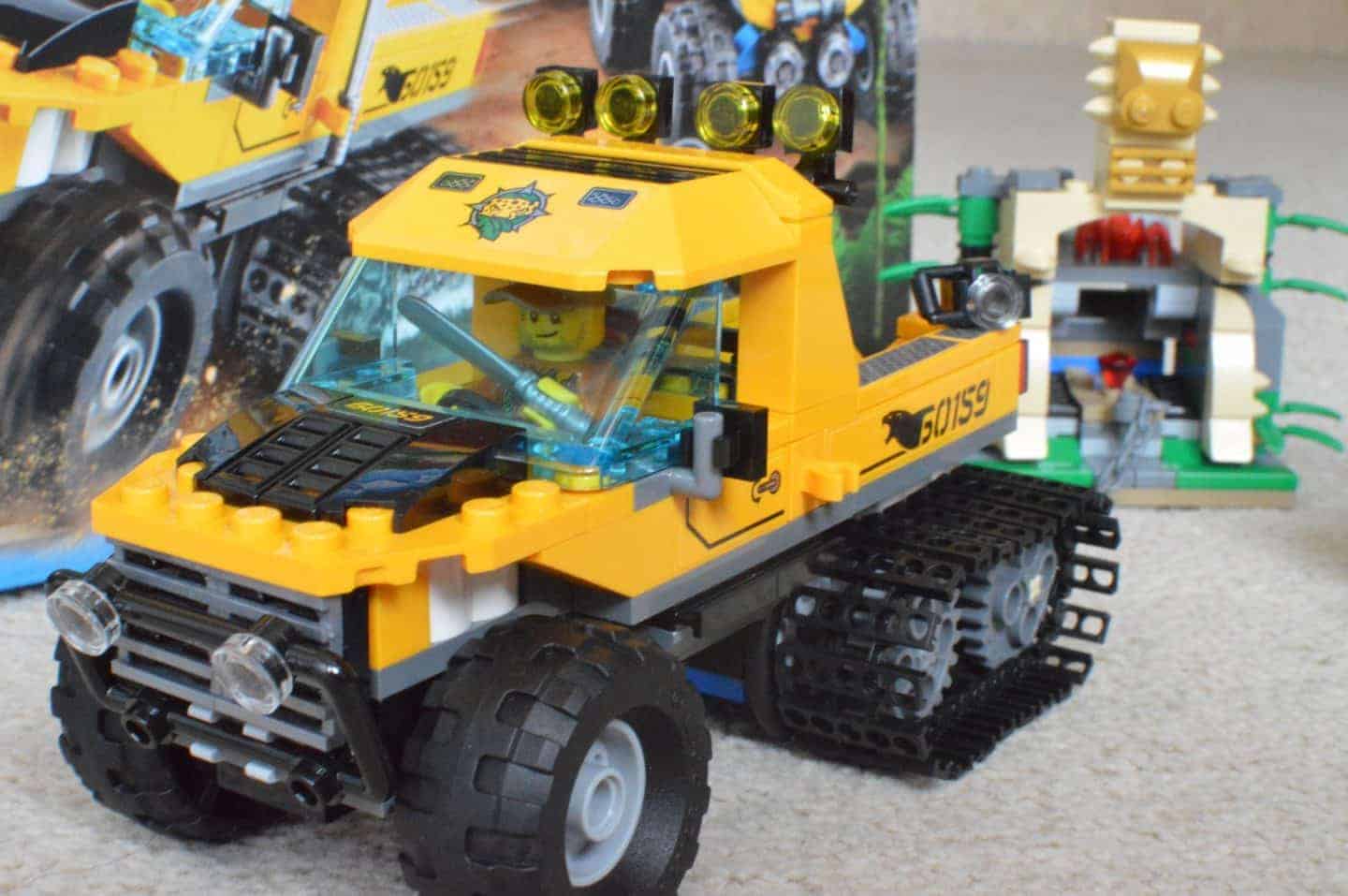 The 378 piece set is one of the mid-range sets which packs quite a lot into one box. Between the vehicles, temple, and accessories to build. You also have two minifigures, a panther and Tigger’s favourite a red spider added into the set.

The set is aimed at children aged 6-12 with Tigger being at the lower end of this age range. However, after building many of his own sets in the past and assisting Daddy with more complex LEGO Star Wars builds he is more than capable of building this more or less unassisted – just the stickers that he likes someone else to add for him. 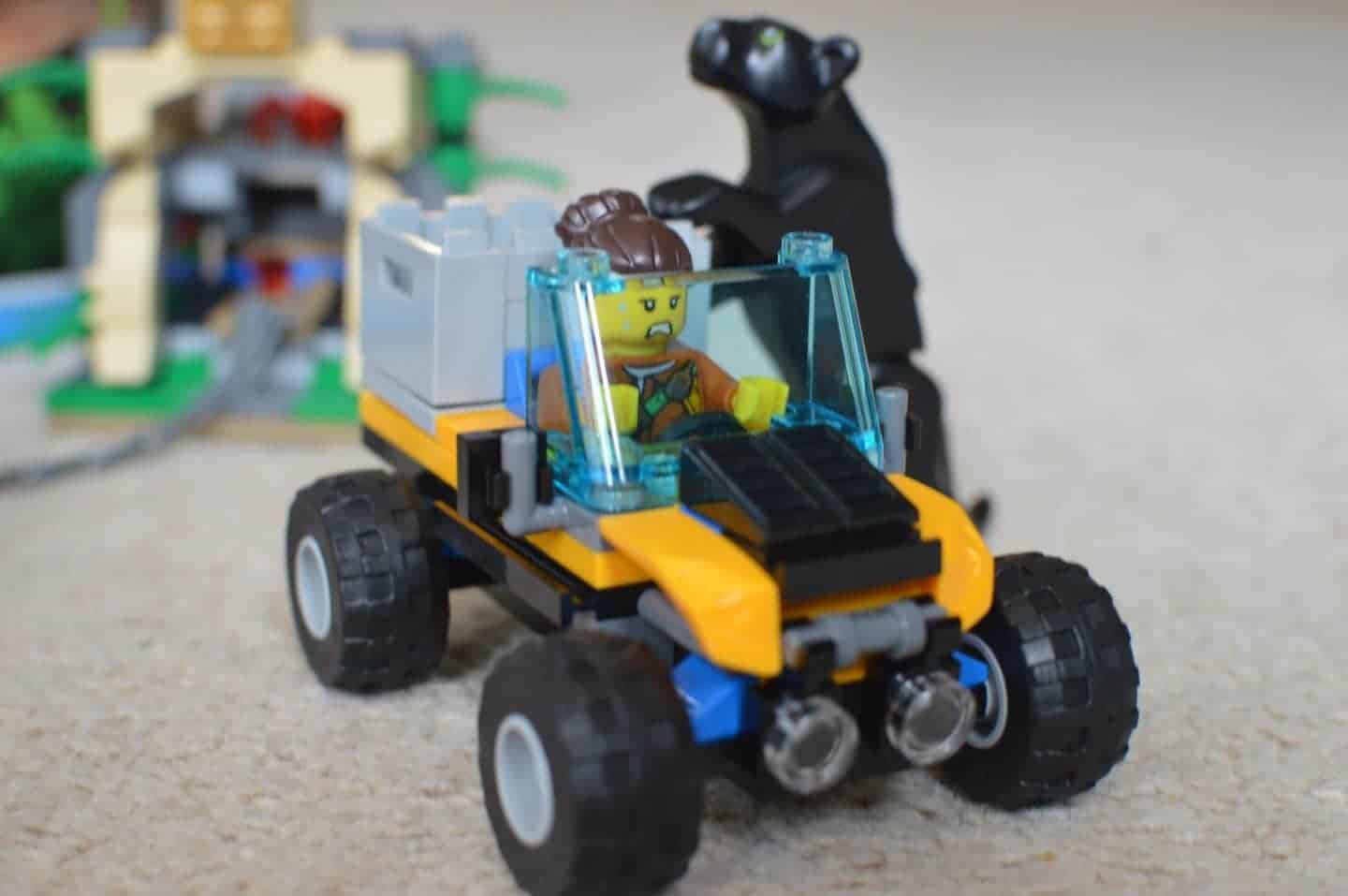 Like all LEGO sets building the set is just part of its appeal. It is the fun that comes from the adventures and explorations afterward that really bring the set to life. The LEGO City Jungle range can be used in different ways, from the panther and spider protecting the jewels from LEGO City thieves. Or could the minifigures be exploring the jungle to find precious jewels? The choice is yours.

LEGO City Jungle 60159 Halftrack Mission // Where can I get one?

The LEGO City Jungle 60159 Halftrack Mission (RRP £24.99) is available from Amazon and all other good toy retailers.

Disclosure: We received a LEGO City Jungle 60159 Halftrack Mission FOC for the purpose of review 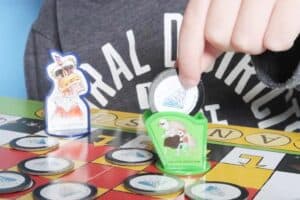 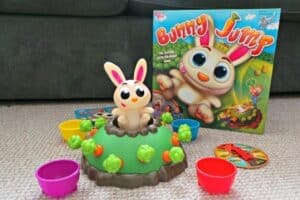