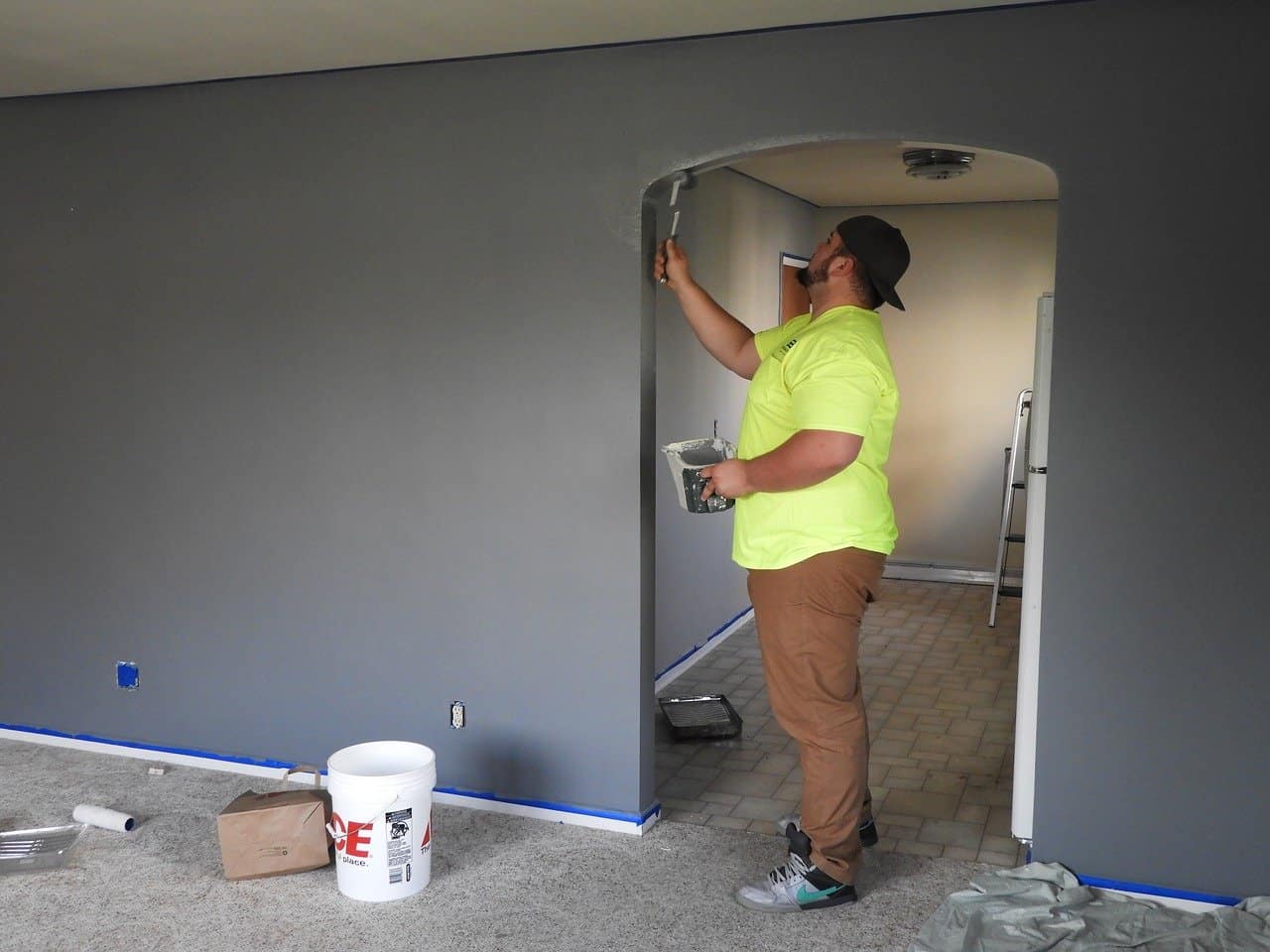 Your home will naturally be a source of pride. As a result, you’ll likely keep it clean and well-maintained. In time, though, you could find that it could do with a little improvement. That’s where home renovations come into play.

You might assume that these would be large projects that need a lot of time and effort. That’s true of quite a large percentage of them, although it’s not the case for them all. Instead, renovations can span a wide spectrum of improvements across your house.

As different as these are, they can also have a different impact on your home. The majority of this will be visual appeal and functionality. There are other aspects that you mightn’t have thought about. Any home improvements will also have an impact on your property price.

While you won’t notice this when you’re living in the house, you will if you ever decide to sell. If you think that you’ll ever want to sell and find somewhere else, then you’ll want to get as much money as possible.

How does this relate exactly to home improvements? Certain ones will have a much more dramatic impact than others. As such, there are certain home renovations that will increase your house’s value the most. These could be worth looking into.

Some of these could be quite high, so you might need to take out a loan or mortgage. If you’re taking this route, an amortisation calculator could be a useful tool. That’ll help you figure out how much you’ll have to pay back and determine your property renovation’s potential return on investment.

Home Renovations That Will Increase Your House’s Value Most

The larger a home is, the more it will sell for. That’s one of the first rules of property sales. If you have the space, then adding some more square footage is advised. That could be seen in adding a new bedroom or bathroom, among other rooms.

That doesn’t have to mean adding onto your house. Renovating certain areas and increasing the livable space across your home will maximize its value. Try turning your garage or attic space into an extra bedroom or bathroom. That’ll maximize your property’s value without the need for an extension.

Your home’s curb appeal is how visually inviting it is to passers-by and potential buyers. Everyone wants their potential home to look nice, after all. While you can expect them to make changes after they buy, that doesn’t mean neglecting certain areas.

Doing up the exterior of your house is one of the first home renovations that you should look at. These could go beyond giving it a repaint, however. While that will add to your home’s value, some options could have much more of an impact than other options.

Adding a stone veneer, for instance, could be one of the better-recommended options. Replacing and repairing your doors and windows is also an option. You shouldn’t neglect your garage or shed if you have them.

By doing this, your home will make a positive impression from the start, which helps improve your property’s value.

Swap Out The Bathroom & Kitchen Fixtures

Some home renovations don’t have to be large. You could, instead, look at the minor things around your house. The bathroom and kitchen may be the most important rooms to focus on. Try upgrading the fixtures, such as the sink, cupboard knobs, and more.

With cupboards, in particular, a lot of detail can go into your bathroom and kitchen cabintry, depending on what you want to renovate. If you are using already assembled cabinetry, the woodwork is pre-made and easier to work with. While you may want to change cupboard knobs only, it would be an opportunity to consider Medium Density Fiberboard (MDF) pieces. Using MDF with a finished glossy look for those cupboards can add a contemporary appeal to the entire renovated space.

There are certain factors that are more in-demand than others, which could maximize the impact these home renovations have on your house’s value. If you choose stainless steel or brushed nickel for your fixtures, then you could see a much higher return on your investment.

These will cost a little more, but it also means a more visually appealing and cost-effective improvement. When you’re upgrading these rooms, think sleek and modern, which is always the desired look among homebuyers.

Hardwood floors are one of the most desirable types of flooring on the market. Some reports have suggested that they’ll bring a 100% return on investment if you sell your house. Essentially, you wouldn’t lose any money by having them installed; you’ll more than likely make money once your home is sold.

That’s one the case if your hardwood floors are well-maintained. Take a look around your floor to see if there are any scratches or other marks. Getting rid of these will help you maximize your potential sale price. It also couldn’t hurt to give them a professional polish to add to this impact.

The selling price of a home isn’t the only expense related to the purchase. There are also the property’s maintenance costs, which many buyers will want to know about before buying. Making these utility bills, such as heating and electricity, as low as possible is recommended.

There are several ways to do so, such as:

Implementing each of these will help reduce your home’s overall maintenance costs, which will make it more appealing to homebuyers.

Homebuyers expect potential properties to be energy-efficient. While this wasn’t the case previously, it’s become increasingly more common. If your house doesn’t focus on this, then you should expect to receive offers that are much lower than you’d want.

There are multiple reasons for this, with some being related to your home’s maintenance costs. Thankfully, it’s quite easy to make your home more energy-efficient. The most obvious way is to replace your appliances with newer models, especially if they’re over a certain age.

Most appliances sold after a certain year will have an energy rating associated with it. You’ll want this to be as high as possible. Lower ratings will result in a lower selling price for your home, especially if multiple appliances have poor ratings.

If you’re not planning on selling your home anytime soon, then this will help you reduce your energy bills. You’ll make money on two fronts because of that.

If you haven’t had any home renovations before, then you could have a few questions about it. Some are surprisingly common, so they should be easy to address. Many of them can be addressed directly with any contractors that you hire and work with.

As such, it’s worth speaking with them at the start of the process to get information specifically related to your home improvements. Outside of that, there are a few general questions that you could want to be addressed.

How Long Do Home Renovations Take?

With the amount of noise, dirt, and general intrusions that some home improvements involve, you’ll want it to be over relatively quickly. So, how long do home renovations take? That can vary from project to project, depending on precisely what you want to be done.

Installing some energy-efficient appliances will be much faster than installing hardwood floors or remodelling a garage, for example. If you’re hiring a professional for this, they will give you a rough timeline for the project.

Occasionally, this could take a little longer, especially if you change your mind about things mid-project. You should add an extra few days onto a project’s estimated duration to have a better idea of how long your home renovations will take. Generally speaking, however, your contractor’s estimate should be accurate, provided things go to plan.

How Much Does It Cost To Renovate A House?

How much it costs to renovate your home depends significantly on what you’re having done. If you’re re-doing the full house, for example, then you should expect to pay tens of thousands of pounds.

Swapping out some of the kitchen and bathroom appliances, by comparison, will only cost a few hundred pounds. There are multiple factors that will affect the overall price of home renovations. Some of the more notable include:

If you’re putting together a budget for your home improvements, you should add an extra 10%. It’s not uncommon for renovation projects to take longer and cost more than originally estimated. Having spare funds built into your budget will protect you against a lot of this overrun.

Getting any home renovations done can be a stressful experience. After all, there could be quite a lot involved in the process, from getting the money together to eventually having things completed. That could take much longer than you’d expect.

Having a plan going into it will make sure that you avoid any pitfalls and mistakes, which will reduce the amount of stress you go through. Effective planning and communication are always vital throughout the process, so keep them in mind from the start. 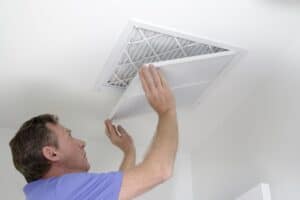 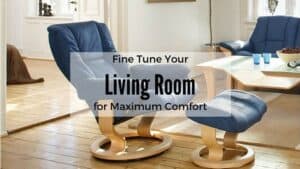 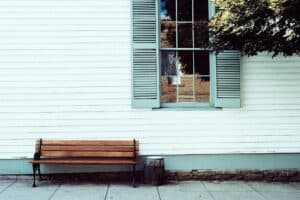 Valuable Advice from a Siding Contractor for Your Home Exterior