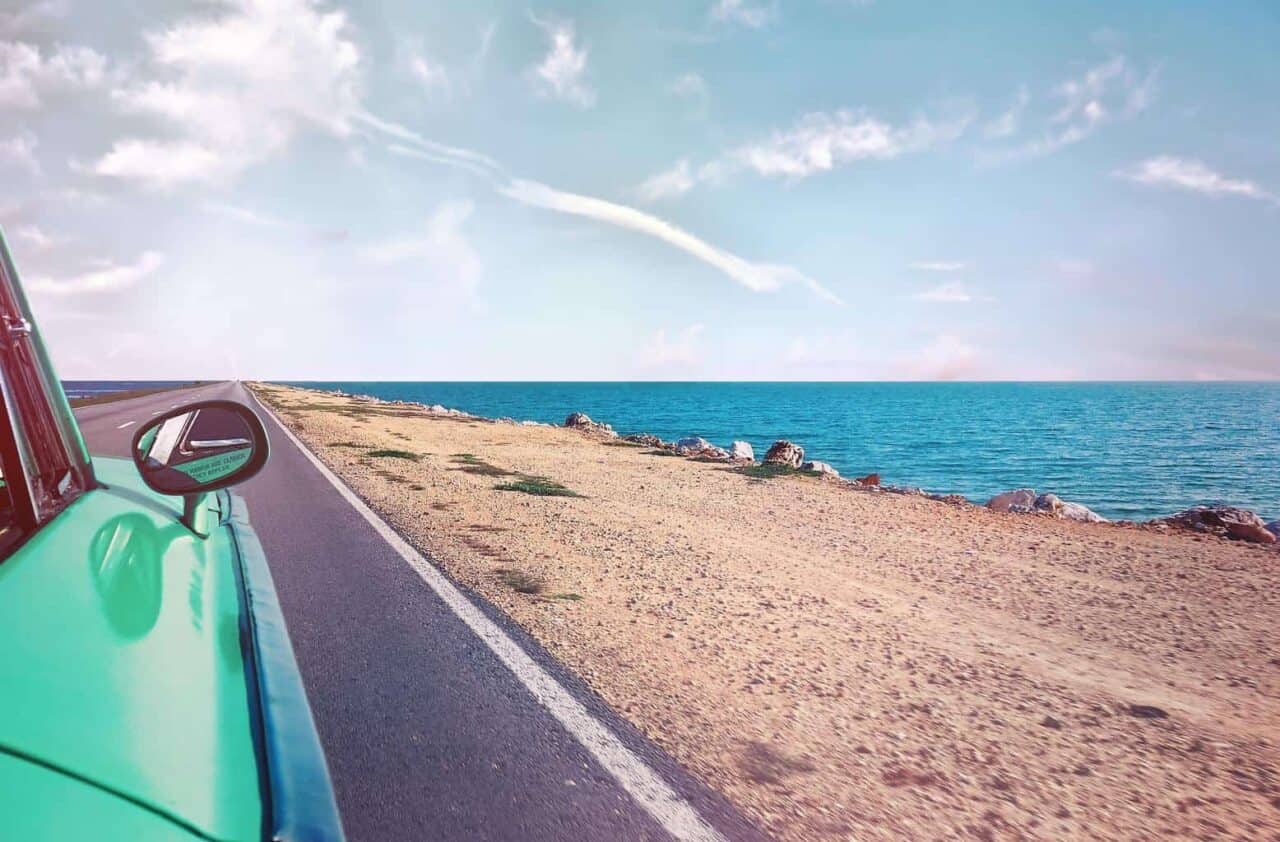 Many times, people find themselves having the same holiday experience over and over again, whether that’s by visiting the same holiday destination, or whether it relates to going to a different country or region – but fundamentally, the holiday is pretty similar, in that there’s a swimming pool, breakfast buffet, decent standard of accommodation, rental car, and a nice blue ocean… yet, we often visit holiday destinations without connecting with the true culture of the place or squeezing the most from the experience, particularly on all inclusive holidays.

In that sense, this article is going to take a look at some hidden gems within Europe; popular holiday destinations that offer something a little more special than the traditional tourist traps; for instance, whilst Benidorm is a firm family favourite with its rows of British Breakfast cafes and Irish pubs – yet, just a short drive away you have areas such as Denia and Javea that offer a much more authentic experience where you can connect with the true culture of the region you are in.

The TV show “Benidorm” epitomises the nature of this “flop and drop” all-inclusive resort where you can find many Brits abroad behaving badly. Indeed, Benidorm has a reputation in Spain akin to what Blackpool has in the UK – in the sense, it’s known for its girly weekends and sports tours. Indeed, much the same as Blackpool, Benidorm is not known for its high-class establishments and it is riddled with English breakfast vendors that are complemented with the Sun newspaper. Although there are lots of different things to do in Benidorm, where you are there on an adults-only holiday or there with the family.,

No, Benidorm is not quite a hidden gem – yet, just a few miles out of town, as you head inland you’ll find beautiful traditional villages, farmers selling honey and freshly picked oranges at the side of the road, and some of the most beautiful beaches in Spain.

With Alicante to the west and places like Denia and Javea to the east, there are areas around Benidorm that are cultural gems. Indeed, if you were to look for villas to rent in Javea you will discover many very reasonably priced options away from the tourist masses, where you can relax in a tourist-friendly but the traditional and authentic destination that is much more about tapas than it is about fried breakfasts.

Known by many as Lanza-grote, due to the proliferation of all inclusive resorts that are styled in a similar vein to that offered in Benidorm, Lanzarote is a truly hidden gem. Of course, if you get a coach transfer from the airport and don’t leave the compound of your all inclusive hotel (like many holiday makers visiting Lanzarote do) then you wouldn’t know about the truly spectacular scenery and rugged natural beaches on offer.

Lanzarote is a very spiritual place as it is believed to have ancient ley lines running through it that mean the majority of people find the island very balancing and grounding. In Lanzarote you can explore lava fields, black sand beaches, hidden coves, and underground grottos – far from the tourist towns most people venture away from.

Lanzarote is a great place to go for a relaxing break, as whilst there isn’t all that much to do in terms of activities, there’s a huge amount to explore and sometimes one of the nicest things about travelling is finding a secluded beach, going for a swim, and watching the sunset with a decent glass of local wine. This is the place to escape and unwind – presuming you stay away from the main resorts.

Crete has become notorious with the teenage party town of Malia, as featured in the film The Inbetweeners which gave a pretty accurate overview of the vibe one might experience in a place like this. That said, aside from the crass side of Crete which tends to be instigated by British tourists rather than locals, there is much culture and history to explore on this island.

Indeed, you could stay in a 13th Century mountain retreat in the area of Mila, where you can truly escape from it all (as most rooms don’t have plugs due to the eco-friendly and truly rural vibe) or you can live in luxury at Kapsaliana Village Hotel where you’ll be treated to Michelin star dining and carefully restored Cretan architecture.

The thing to remember with Crete is that it’s a huge island, in that it will take five-six hours to drive end-to-end, so make sure you look into Rental Center Crete. Also if you’re planning to explore different parts of the island, it’s worth going onto Google Maps to track the distance between points of interest – or you’ll be in for a nasty shock when you get there.

The majority of tourists heading to Morocco will be entering via Marrakech, and perhaps staying at a hotel in the New City that caters to package holidaymakers – or getting a transfer to Agadir which has a much more modern and mediterranean vibe mimicking the resorts found in the Algarve and Spanish Costa’s.

However, it’s very easy to disconnect with the fact you are in North Africa when visiting such destination staying in an all inclusive hotel, and in this sense, it can be a good idea to explore the real country – rather than the veneered tourist sheen.

Marrakech is certainly a shock to the senses as you will be in a state of sensory overload as snake charmers come at you, whilst donkey’s are driven in your path, all the time trying to shun the tactics of stall owners to engage you into buying some mystical herbs or alleged gems… indeed, Marrakech is not for the faint hearted, yet, there is magic to be found within its city walls and is well worth a visit.

Just be sure to stay in a nice riad that offers a tranquil escape to the crowds outside.

If you’re wanting something a little more laid back, then head to the coastal town of Essaouira where you’ll find a traditional yet less hectic pace of life focused around the fishing harbour that supplies much of the region with fresh fish.

Then, if you’re feeling adventurous you could climb Mt Toubkal, the highest mountain in North Africa (and the second highest mountain in Africa, after Kilimanjaro) which offers an intensive two day ascent for as little as £95 per person (including all food, lodgings and equipment if necessary). Just be prepared for altitude sickness, as there’s little time to acclimatise with such a rapid ascent.

Finally, Turkey has been a much favoured destination with package holidaymakers in the last fifteen years, yet in recent times the bottom has fallen out of the Turkish travel market which has had an affect on the local economy resulting in some fantastic deals to be had at popular resorts such as Bodrum, Marmaris and Antalya.

Indeed, if you’re looking for a cheap destination to visit Turkey could be one of your best options, as the pound is particularly strong against the Turkish Lira (unlike the Euro or Dollar) meaning you will get a lot more for your money in Turkey than you would have a few years ago; which makes a refreshing change.

Also, as the tourist market in Turkey has catered predominantly for package holidaymakers there are now tons of rooms left empty meaning hoteliers are selling off their rooms at rock bottom prices (sometimes as low as £35 for a week in a four star s/c apartment that would have previously been £200+). The reason for this, is that they hope they will make some ancillary revenue on food and beverage purchases within the hotel.

Check out teletextholidays.co.uk for an idea of what bargains can be found in Turkey.

That said, whilst the deals are phenomenal, there are many better places to explore in Turkey than the traditional and somewhat trashy holiday resorts of Bodrum and Marmaris. Istanbul, for instance, is an incredibly interesting city that has something to offer everyone – fine dining, cheap luxury hotels, and a creative cultural scene that rivals Berlin.

Then, if you’re looking for something a little more natural and majestic, you could head up to Cappadocia where you’ll find fairy chimneys and all sorts of awe inspiring scenery. Just be sure to remember that this part of Turkey gets very cold in winter, and you’ll need warm clothes as the temperatures can go down to -20 degrees!

There’s also the coastline of Kas, Fethiye and Olympos which offer a perfect place for sailing enthusiasts, climbers and general holidaymakers that are looking to be somewhere with warm people, good food, and nice weather – without the tourist trashiness associated with so many holiday resorts (and particularly those in Turkey).

In summary, you can go to popular holiday destinations and squeeze so much more from them. You don’t need to be heading off to ‘cool destinations’ such as Iran and Burma to get your cultural fix, as just a few miles from some of the world’s most popular trashy tourist resorts are hidden gems that are easily accessible and affordable for UK holidaymakers looking to squeeze more from their travel budget and travel experience. 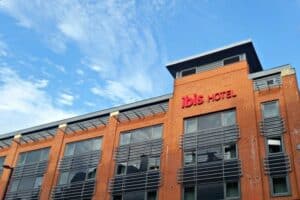 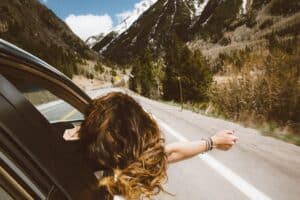 How to Stay Safe on a Road Trip 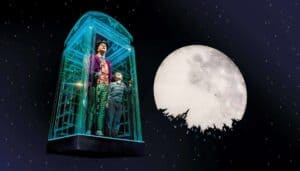 Charlie and the Chocolate Factory – The Musical