Skip to content
0 shares
Any Dad with girl’s will tell you that they will forever be their little princesses. Roo is no exception to this rule however there is one thing that really makes her the apple of her Daddy’s eye… Football!
From an early age Roo has always expressed an interested in football, where it be watching it on the TV cradled in Mr Boo’s arms or as she got older pretending to play along using a spare Xbox360 controller. Although once she got old enough to kick a ball she always enjoys going down to the park to have a kickaround.
We are lucky enough to have a large park just a 5 minute walk through the graveyard. In fact Daddy used to play football there when he was younger. With the weather in our favour we picked up a ball and headed out for an afternoon of footballing fun. Although when we got there we discovered that the local council had taken down all the goalposts, presumably as it is not football season (surely they realise that children would be coming to the park to enjoy a kickaround). 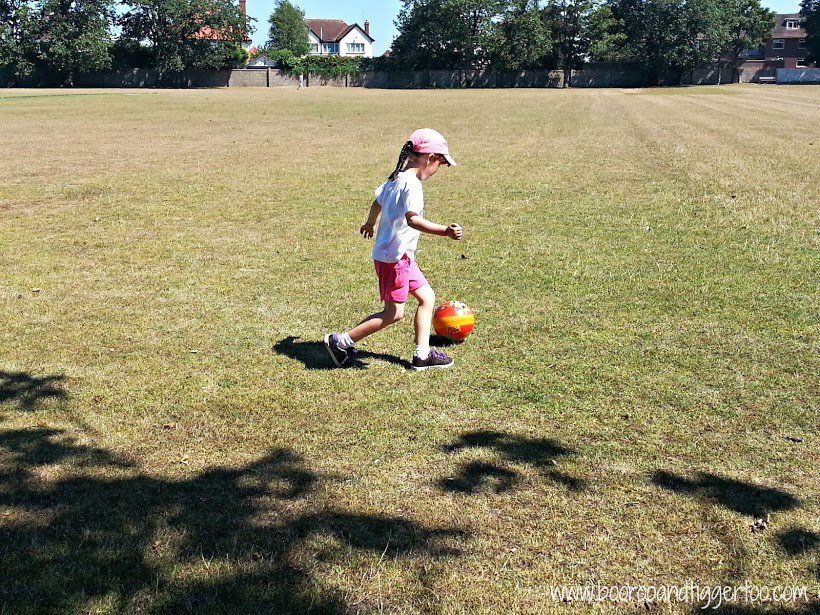 We no goalposts we decided to try it the old fashion way by putting coats and bags as makeshift goals. This half worked, it gave Roo something to aim for but with no football nets it was a long run after ball if she had been a little over enthusiastic with her goal scoring.
After a few times of running after the ball we realised it wasn’t working so we opted to use two trees at the edge of the park, although as the ball kept banging against a fence I was conscience of the neighbouring flats. 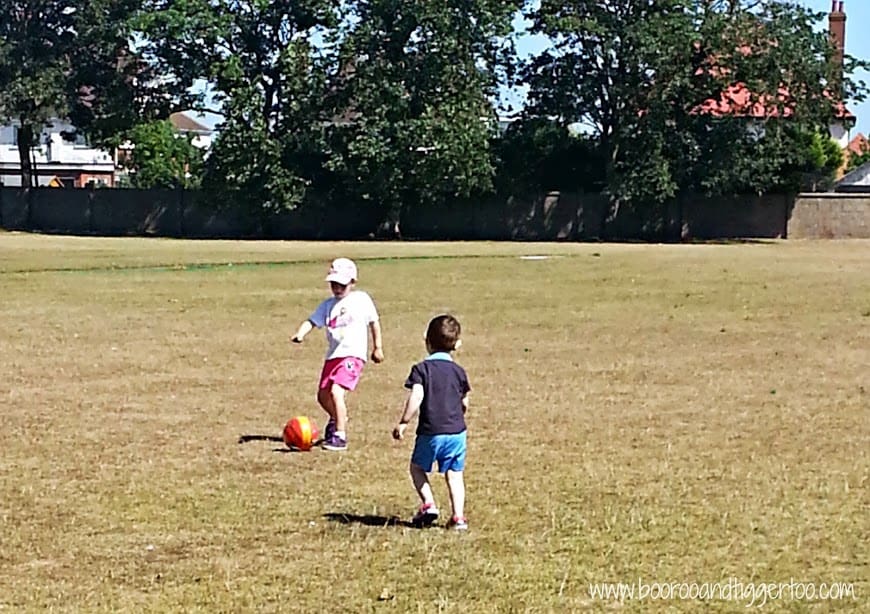 Finally giving up on the goal scoring we decided it was better if Roo and Tigger just had a little kickaround, not that Roo was keen to give up the ball…

After a fun afternoon of sun, fun and football we decided to head home for an ice lolly but it got me thinking about why the council would remove the goalposts. Maybe I need to let them know that The Soccer Store sell a great range of football nets, http://www.thesoccerstore.co.uk/football-nets and that it’s so much more fun scoring goals when you don’t have to run after the ball!