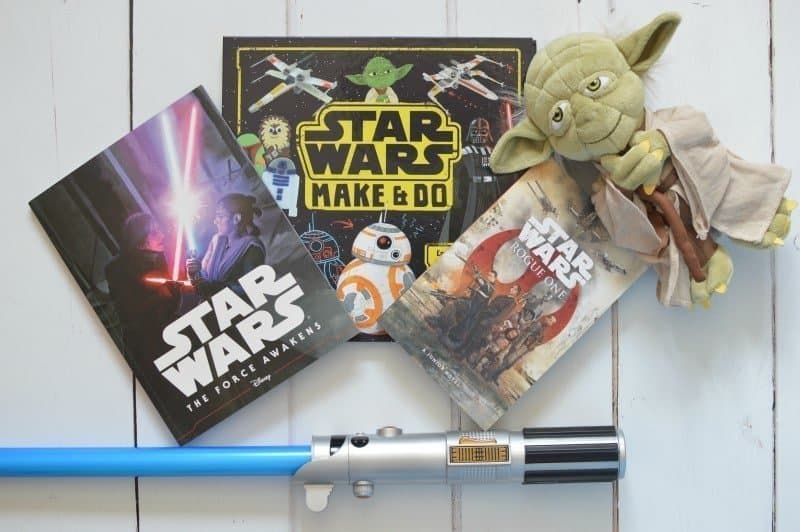 For years Mr. Boo has been trying to get me to watch the Star Wars films. I’m sure that I have watched them as a child, however, they didn’t make any lasting impression as I can’t remember anything about them. I had managed to evade watching the films until the children starting to show an interest. Now I am out numbered and will often find them snuggled watching one of the films or the TV series.

With Star Wars Day approaching on May 4th, Egmont contacted me to see whether I’d be interested in sharing some of the Star Wars reads with Roo and Tigger. Of course, I replied saying yes please as I knew that this would be perfect for them. Plus activities and reading are so much better than sitting in front of the TV watching the films.

To get us in the mood for Star Wars Day, I have joined together with nine fellow bloggers to showcase three of the Egmont Star Wars book range. Please pop over to see Laura at Side Street Style tomorrow! 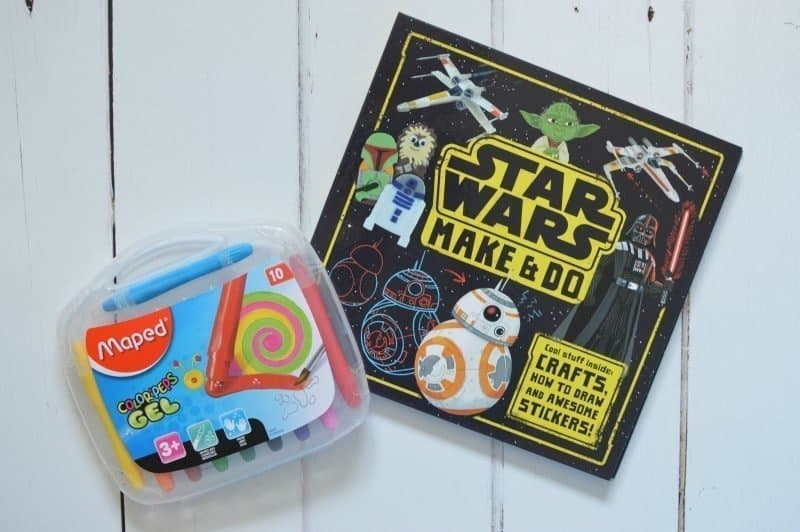 Learn how to draw your favourite Star Wars characters, create cool crafts, and design your own masterpieces in this awesome activity folder.

Follow steps to sketch and colour Yoda, Darth Vader, R2-D2 and many more. Make a hairy Wookiee puppet and a papier mache stormtrooper helmet. Then use the sketch pad to bring your own ideas and drawings to life. 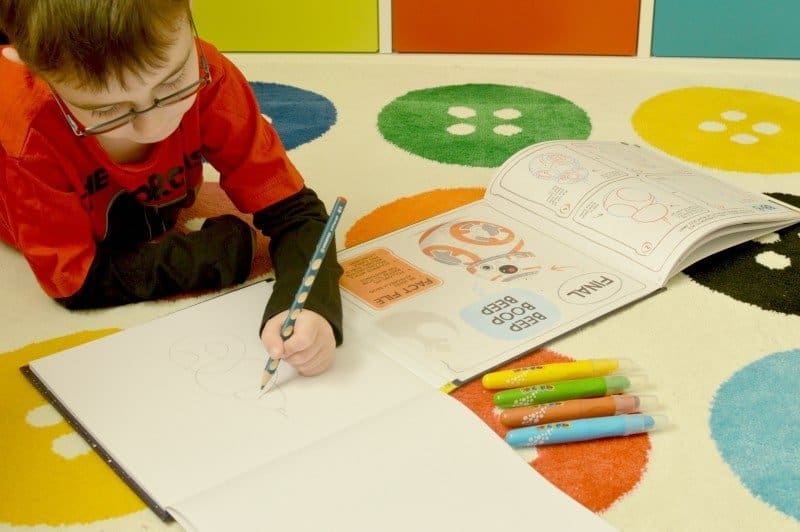 When Tigger was younger I would struggle to get him to complete activity books, crafts etc. He was much more interested in playing with his toys etc. Nowadays, he is happy to pick up his pencil-case and draw pictures, complete puzzles and challenge his artist ability. This is, of course, so much easier with a subject that he loves and the Star Wars Make & Do book is the perfect muse for him. 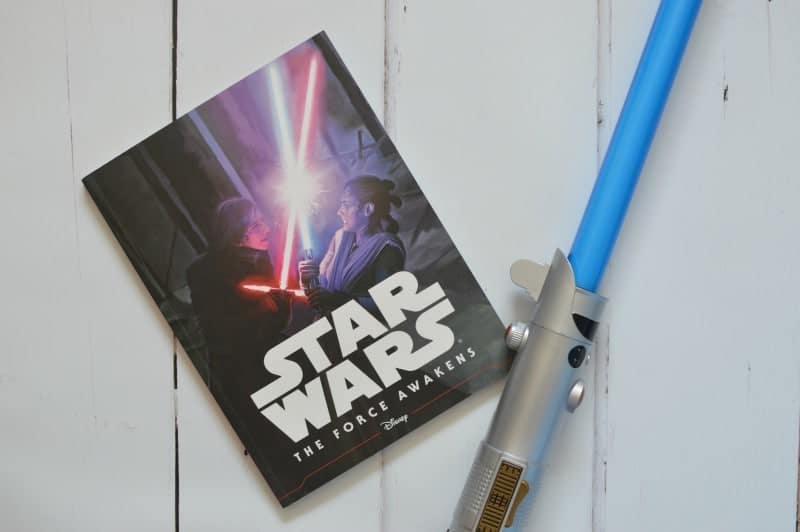 Luke Skywalker has vanished. In his absence, the sinister first order has risen from the ashes of the empire and will not rest until Skywalker, the last Jedi, has been destroyed.

With the support of the republic, General Leia Organa leads a brave resistance. She is desperate to find her brother, Luke, and gain his help in restoring peace and justice to the galaxy.

Leia has sent her most daring pilot on a secret mission to Jakku, where an old ally has discovered a clue to Luke’s whereabouts…

The Star Wars The Force Awakens: Illustrated Storybook partners the recent film, which Tigger has been enjoying reading over the holidays instead of his school reading book. The illustrations have helped him know whereabouts in the storyline he is and has had Chewbacca and his lightsaber by his side ready to help fight the ‘bad guys’. 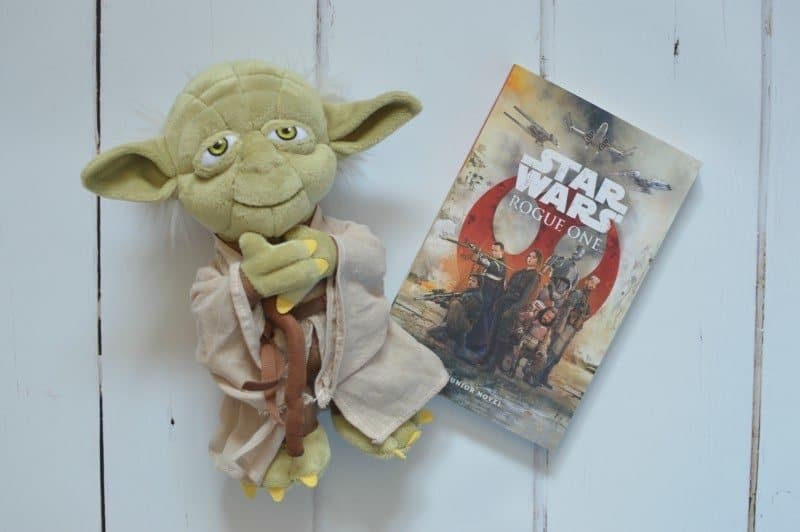 Relive the excitement of Rogue One: Star Wars Story with this action-packed retelling! The Royal Alliance has learned of the existence of a terrifying Imperial weapon, capable of destroying entire planets: the Death Star. The fate of the galaxy rests on the courageous young woman Jyn Erso and her band of unlikely companions as they race to steal the plans to the Death Star before time runs out. A thrilling tale of ordinary people who choose to do extraordinary things and, in doing so, become part of something greater than themselves. 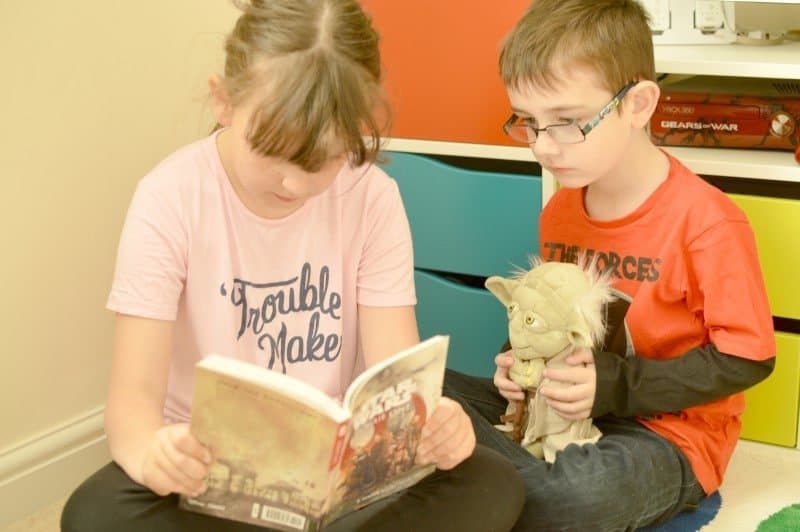 One of the benefits of having an older sibling is that they are able to read you the books that you are not quite ready to read alone. Plus it means that you are both treated to the journey together. The Star Wars Rogue One book is a junior novel perfect for Roo to read aloud to Tigger. Whilst the 66 chapters might put some off when they first flick through the book. In fact, the book is made into bite-sized chunks to be enjoyed after school, before bed or just because. 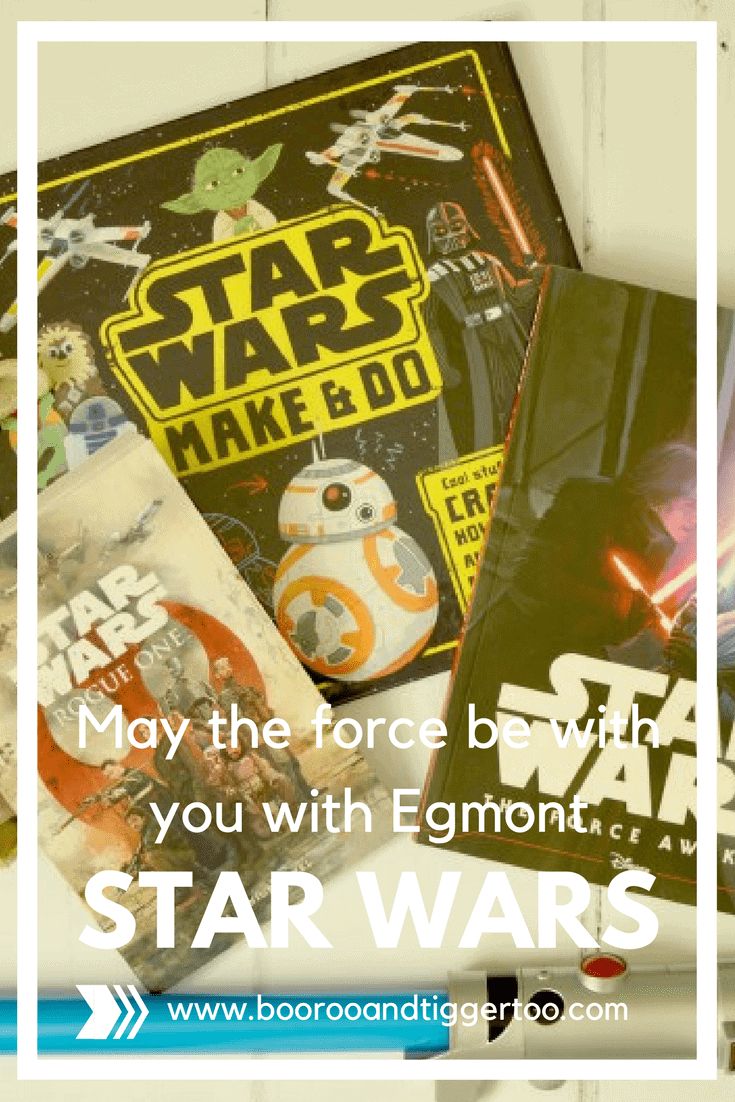 To help you celebrate Star Wars Day on May 4th, Egmont has kindly offered one lucky Boo Roo and Tigger Too reader the chance to win a copy of Star Wars Make & Do and Star Wars Adventures in Wild Space Series.

Disclosure: We received a selection of Star Wars reads FOC for the purpose of review.

This website uses cookies to improve your experience while you navigate through the website. Out of these, the cookies that are categorized as necessary are stored on your browser as they are essential for the working of basic functionalities of the website. We also use third-party cookies that help us analyze and understand how you use this website. These cookies will be stored in your browser only with your consent. You also have the option to opt-out of these cookies. But opting out of some of these cookies may affect your browsing experience.
Necessary Always Enabled
Necessary cookies are absolutely essential for the website to function properly. These cookies ensure basic functionalities and security features of the website, anonymously.
Functional
Functional cookies help to perform certain functionalities like sharing the content of the website on social media platforms, collect feedbacks, and other third-party features.
Performance
Performance cookies are used to understand and analyze the key performance indexes of the website which helps in delivering a better user experience for the visitors.
Analytics
Analytical cookies are used to understand how visitors interact with the website. These cookies help provide information on metrics the number of visitors, bounce rate, traffic source, etc.
Advertisement
Advertisement cookies are used to provide visitors with relevant ads and marketing campaigns. These cookies track visitors across websites and collect information to provide customized ads.
Others
Other uncategorized cookies are those that are being analyzed and have not been classified into a category as yet.
SAVE & ACCEPT
195 shares