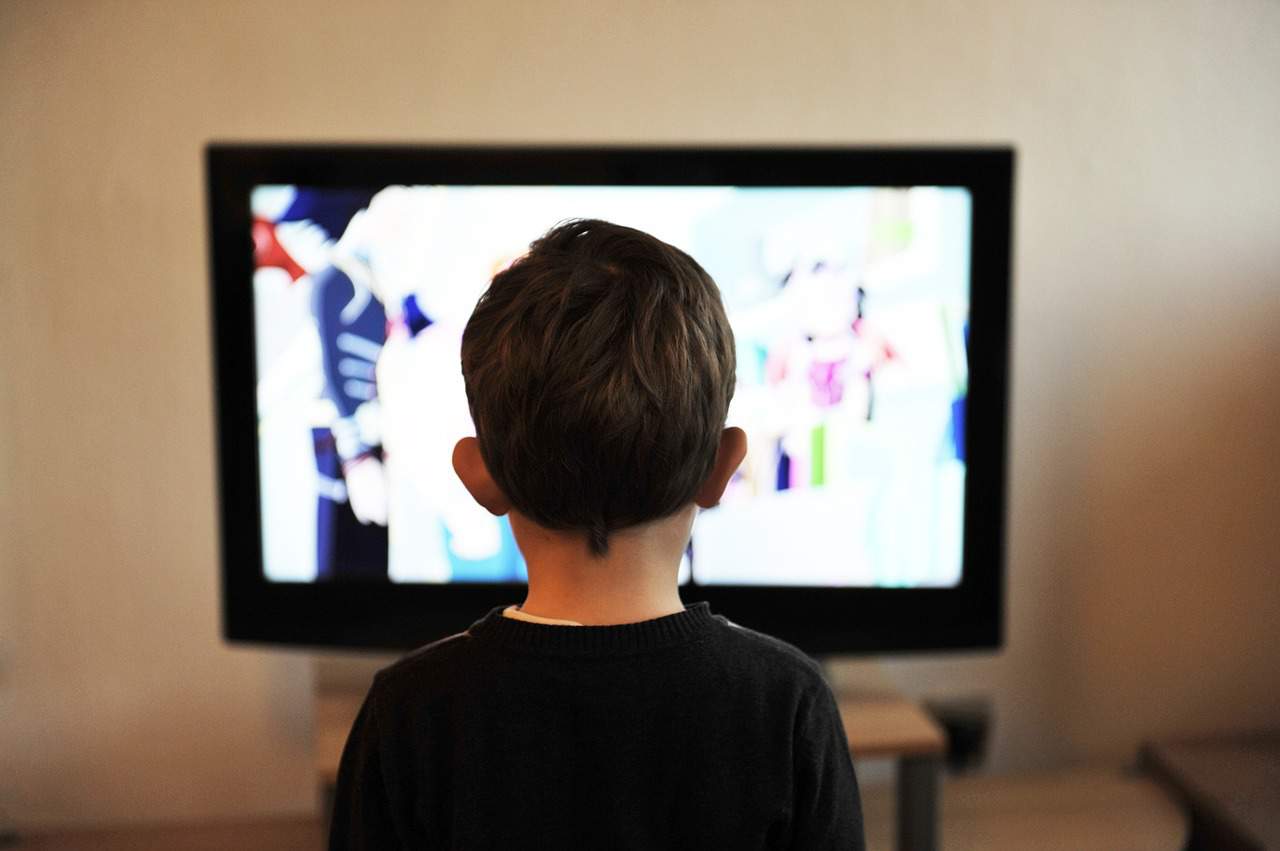 Technology is rapidly evolving, and kids of all ages are becoming increasingly savvy with all aspects, including tablets, phones, social media and smart TVs. But is this affecting their social and physical wellbeing?

There have been numerous intense debates regarding the impact of devices and online platforms. Some experts believe that technology is causing children to lack in communication skills and reducing their physical activity, while others claim that the new gadgets can help kids keep in touch with peers and boost physical fitness. Here, we look at the effects technology can have on children’s health and ability to socialise. 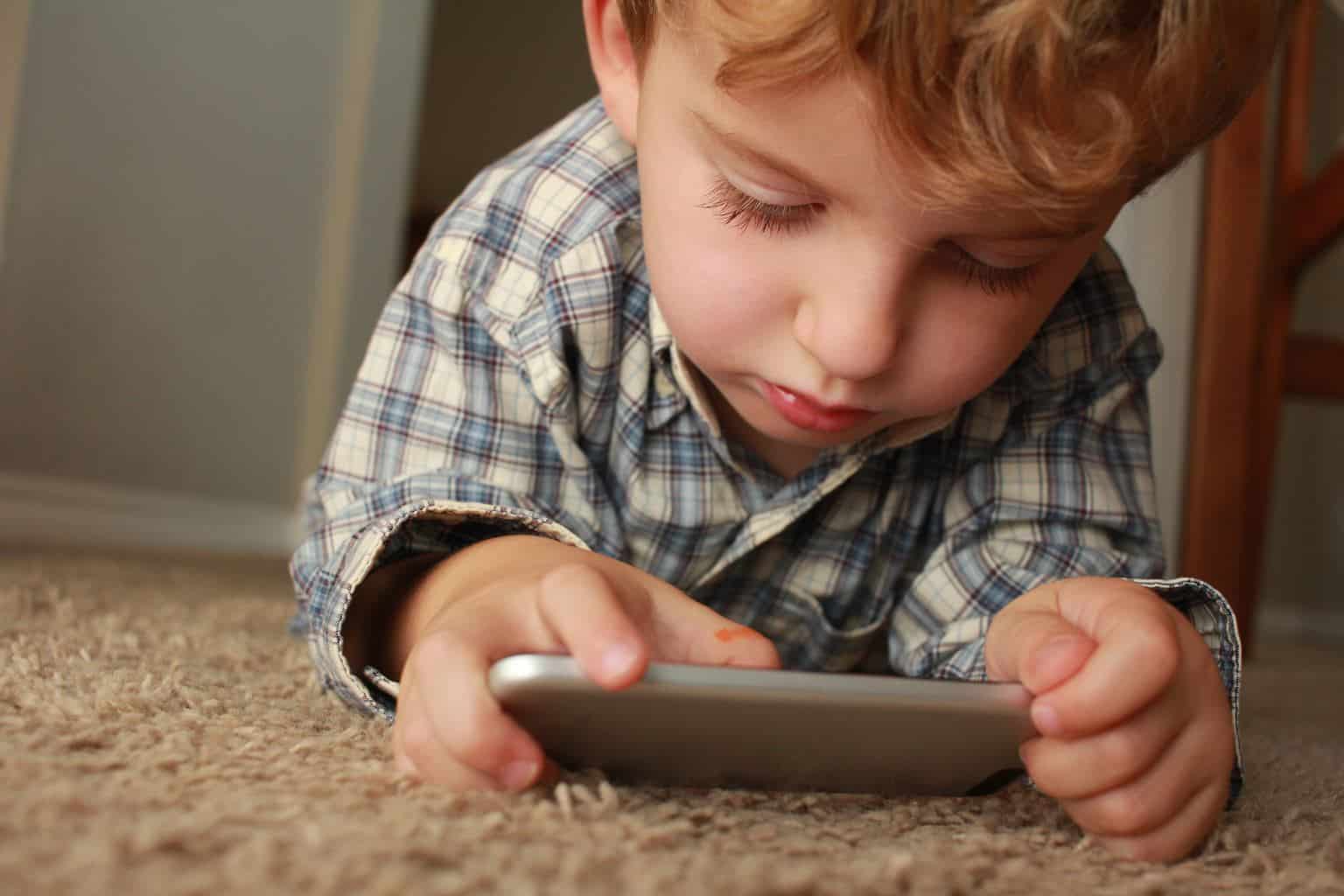 How do kids in the UK use technology?

Figures revealed by the Broadcasters’ Audience Research Board (BARB) at the end of 2017 showed that 11.54 million households in the UK owned one television set, while 8.66 million had two. There were three sets in 4.11 million homes, while 1.75 million had four. Another recent survey by Samsung found that UK households also have on average 18 smart devices — including mobiles, tablets, and TVs — while other research has forecasted that iPad use will increase to 18.1 million users by 2019. Although this data doesn’t indicate how much time parents and guardians allow their kids to consume technology, it at least suggests that most kids at least have access to several devices regularly in their homes. For some people, this opportunity can make it easier for youngsters to opt for sedentary activities, rather than playing sports or physical games, which may have a negative impact on their physical fitness.

But how do emerging technologies play a part? Smart speakers, like Amazon’s Alexa and Microsoft’s Cortana, are becoming more popular in the United Kingdom. Futuresource found that there was a year-on-year increase of 212% in smart speakers in 2017 across the globe, with the UK and US estimated to be the key markets — accounting for an approximate 89%. Clearly, UK families enjoy their gadgets, and smart speakers offer a quick and easy way to access information. Although smart speakers are convenient and can help children learn facts quickly, do they also remove the need for kids to explore ideas when they have an answer only a spoken question away — and could this impact on their ability to debate and discuss ideas with peers?

What is the impact of technology on social skills?

Technology is often praised for allowing people to socialise. The likes of Facebook and Twitter are allowing kids to stay in contact with friends who don’t live nearby, and programs such as Skype are enabling teachers to perform one-to-one lessons in a virtual classroom. From a safety perspective, smartphones also allow kids to easily keep in touch with their parents when they aren’t in their care, which is certainly a bonus. Also, a report by UNICEF found that technology has helped kids enhance their existing relationships with friends, while also assisting those who often struggle to socialise in person.

Although the advantages are evident, many fear that overuse can have a detrimental effect. When researching the topic, Newcastle University found that primary school children who watched up to three hours of television a day grew up to be better at communicating in secondary school. However, watching any more than three hours was believed to lead to poorer linguistic skills. Bad communication could significantly impact our kids’ ability to make connections, participate in the classroom and promote themselves during university and first-job interviews. So, exactly how much TV are our children watching? A 2017 report by Ofcom revealed that:

These stats may show that kids are consuming a healthy amount of television, but the report also revealed that more than 48% of each age group — rising to 90% in the 12-15-year-old category —watched YouTube videos too. The advances in technology now mean that kids can consume visual content on multiple platforms, not just the TV set, which makes ensuring that children are receiving the right amount of real-life conversation more difficult.

There are many theories bandied about that discuss the impact of technology on a child’s communication and socialisation skills. Child psychologist, Melissa Ortega, claims that children use their phones as an “avoidance strategy” and can have trouble initiating “those small talk situations”. Similarly, Dr. Jenny Radesky of Boston Medical Center, states that kids “learn by watching,” and suggests that if they aren’t engaging in physical socialisation, keeping their eyes instead on their smartphones and tablets, then they are missing out on important communication development stages. 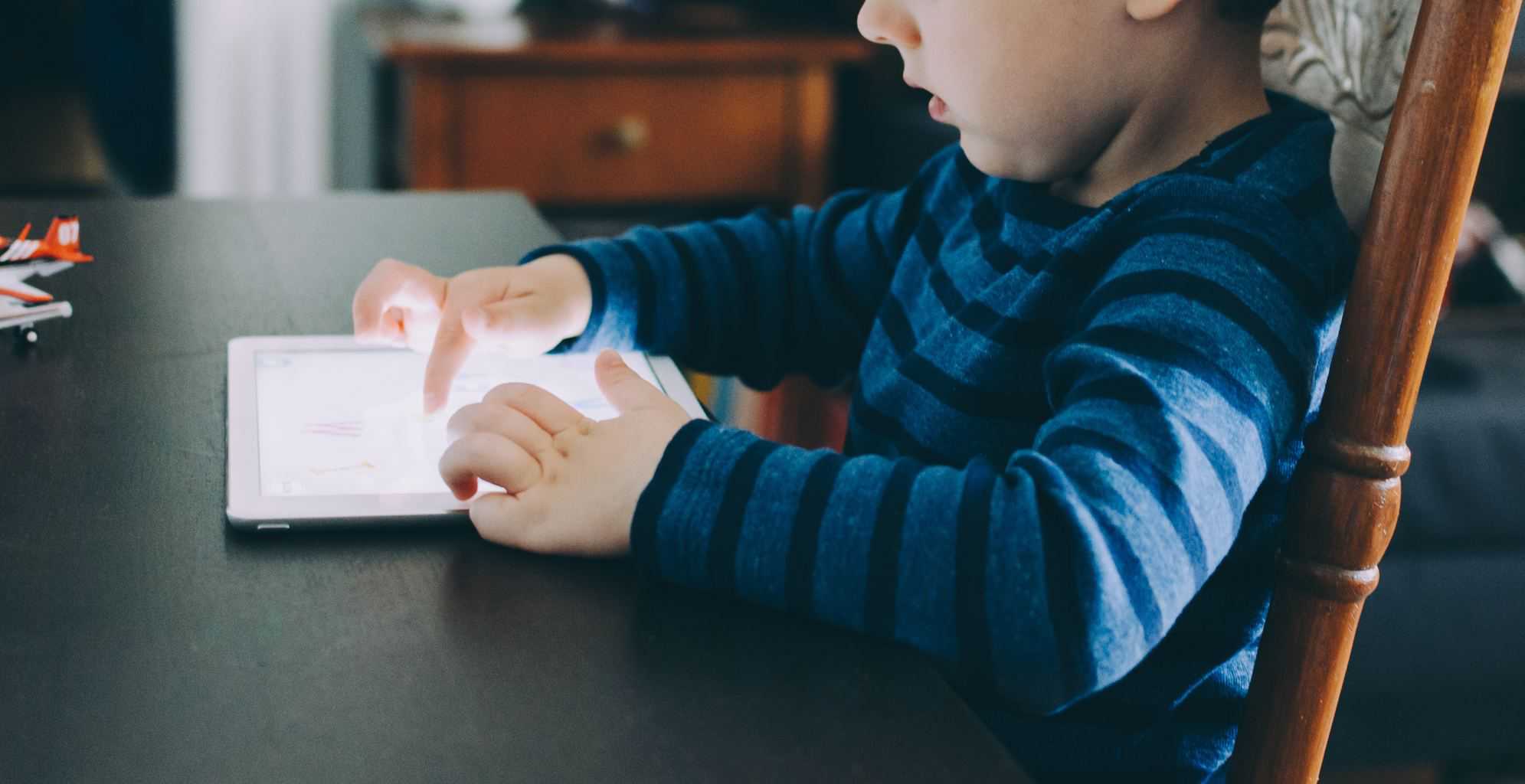 How can technology affect a child’s physical health?

It’s clear that there are arguments for and against technology’s impact on kids’ social skills, but what are the general thoughts on how it affects their physical health? As we’ve seen from the above figures, most children are engaging with technology for several hours a week — which could be time spent enjoying physical activities. According to the Ofcom report:

It’s safe to say that this is a lot of time spent engaging in a sedentary activity. It’s concerning that only nine percent of parents believe their children, who are aged between five and 16, take part in the government’s recommended daily amount of physical activity. Sixty minutes is reportedly the least amount of time needed to maintain good health, however, it appears that the trend for social media, video games, YouTube, Netflix and other technology may be causing a reduction in physical activities.

But, can we be sure that this reduction in physical health is being caused by technology? Since the major advances in technology have happened in recent times, we could look at childhood fitness in previous generations. The World Health Organization has reported that the number of obese young adults aged 5-19 years has risen tenfold in the past 40 years. Although diet and education may also be to blame, technology should arguably also be held partially accountable for this global problem.

Flipping it over, many think that tablets and online platforms encourage physical activity in the younger generation. YouTube is packed with tutorial videos that can help kids get into and practice a sport, while games like Nintendo Wii combine the virtual world with physical movement. Then, you have a host of engaging, child-friendly apps for everything from yoga to running that are designed to get kids off the sofa, plus plenty of after-school sports clubs that have Facebook and Twitter accounts to persuade kids surfing online to join.

Evidently, there are online opportunities to get kids more active, so could it be that we’re simply missing them? 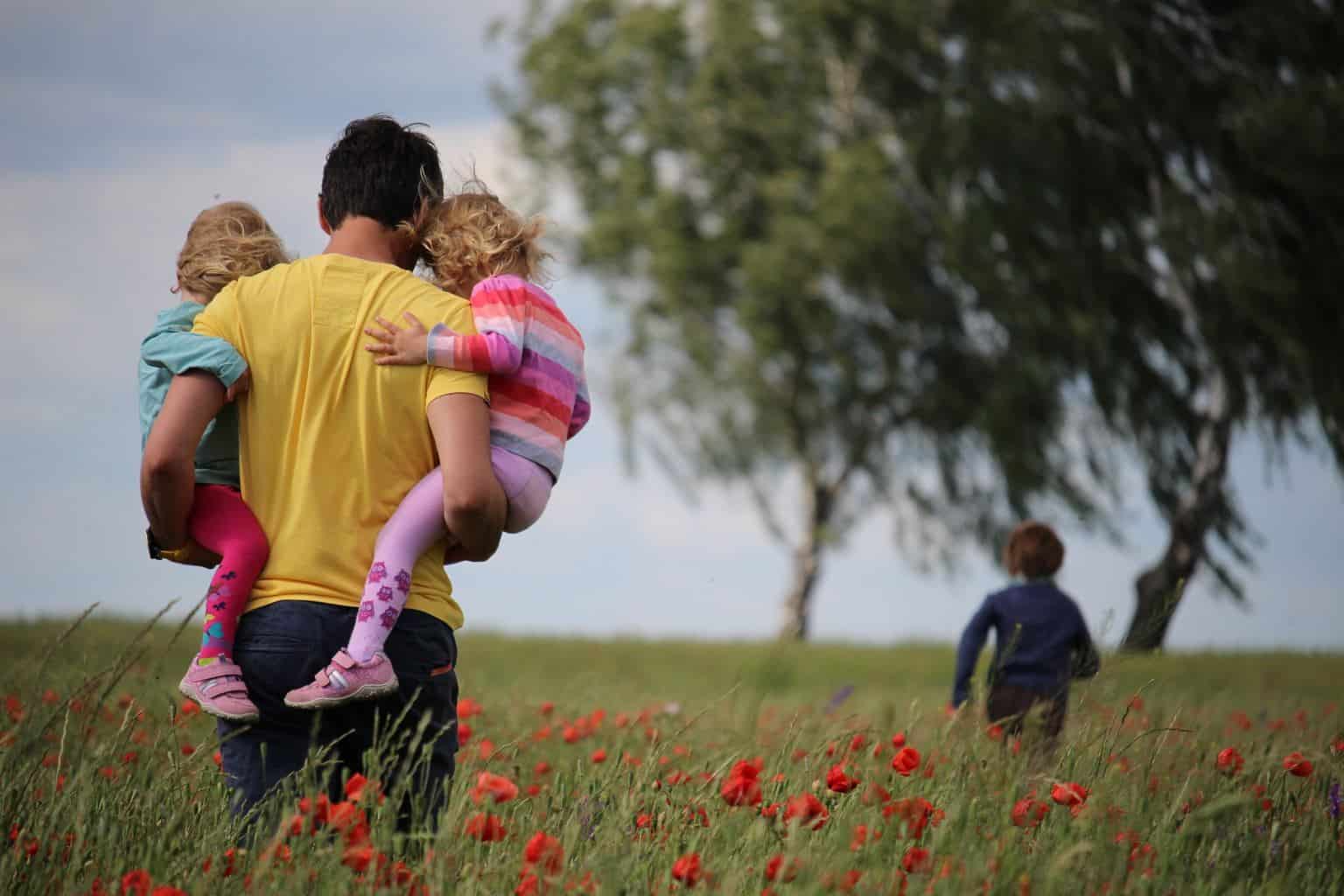 How can we encourage physical activity and social interaction?

With pros and cons on both sides of the argument, it may be impossible to fight against the relationship between technology and our children. However, here are some tips on getting children engaging in physical activities to boost their fitness and social skills:

There’s no denying technology has appeared to have a negative impact on social and physical health in kids at times, but it can also clearly be a help. Devices are fine if not overused, so limit your child’s time and incorporate some of the above tips into your family life to ensure that the rising trend for technology doesn’t mean your child misses developing socially and physically. 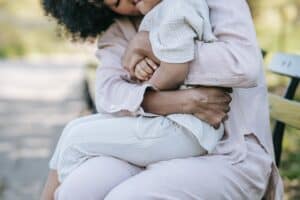 How to Teach Your Children About Death 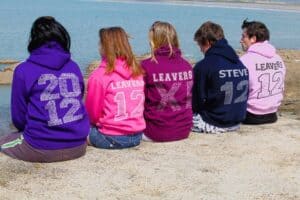 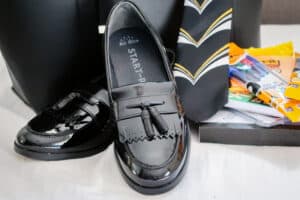 The Shopping checklist for school uniforms: The Secondary Edition