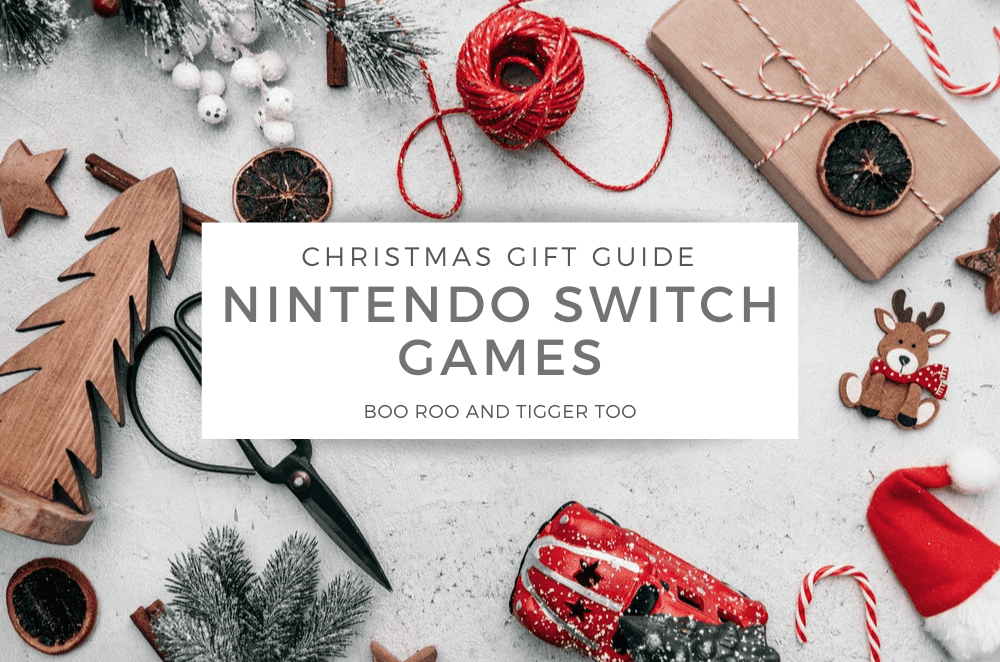 The Nintendo Switch is a multi-generation portable console that can be enjoyed separately or bring you all together to enjoy completing gaming tasks or competing against each other.

The excitement of Christmas is busting through the air. The faint hint of bells and Christmas music is humming through your ears and all of the festive treats have been bought. It is a wonderful time of the year filled with family and friends. But one thing that can leave everyone puzzled is what to buy as a gift for certain people? Some people are just easy to buy for, whereas others are a little difficult. However, many will have some form of games console, and one of the popular ones is the Nintendo Switch.

The Nintendo Switch was launched back in 2017 and ever since it has been a firm favourite with children and adults alike. “And if your little one is not up to the age of gaming yet, make sure you treat him or her with some nutritional goodies.” The flexibility of being a console you can link with the TV as well as being a handheld device makes it a great choice for gaming. However, finding the right games can often present you with a bit of challenge. If you have someone to buy for that owns a Nintendo Switch then a new game is a perfect choice. I have found an excellent selection for you.

Don’t forget to enter the giveaway for your chance to win.

Bratz fans old and new can play as one of the original four – Cloe, Sasha, Yasmin, and Jade – as they strut into an all-new globe-trotting adventure and become global fashion influencers!

Become the best in the fashion biz while serving the latest cutting-edge looks and making new friends! Complete quests, publish stories, and play exciting minigames to grow the magazine and gain followers. Collect style points to make sure the Bratz girls are dressed to impress as they explore Stylesville, travel to exciting cities such as Barcelona and Seoul and attend events such as the Stylin’ Soiree where they will chase the biggest stories and make it to the top of the fashion world!

​‘CoComelon: Play with JJ’ brings the beloved characters from the most-watched kids’ brand on YouTube to Nintendo Switch

Players can play as the titular JJ and explore his house and garden, as well as interact with different locations, objects, toys and characters. They can also take part in activities including cooking, gardening, games of hide and seek and sing-alongs with over 20 fan favourite songs to choose from.

Along the way, fans can collect stickers, play musical minigames and sing along to over twenty songs from the show including Old MacDonald, Itsy Bitsy Spider, Wheels on the Bus, Yes Yes Bedtime and Bath Time among many others.

DC League Of Super Pets: The Adventures Of Krypto And Ace

In the game, the fate of Metropolis is in the paws of DC’s iconic Super-Pets Krypto and Ace as they set off on a new high-flying adventure to take on Superman’s arch-nemesis, Lex Luthor. Using his vast intellect and resources, Lex has hatched a plan to capture the stray animals around the city, and it’s up to you to put a stop to him!

Play as the titular Super-Pets in this 3D on-rails action game, across multiple missions throughout Metropolis, using their unique abilities to save strays from the clutches of Lex Luthor’s army of robots! Once all the strays are rescued, players will then be able to help them find loving new homes by bringing them to the adoption agency.

Dragons: Legends of The Nine Realms

Unleash your inner dragon in this single-player action-adventure video game, based on the hit TV series DreamWorks Dragons The Nine Realms, an all-new show set 1300 years after the events of How to Train Your Dragon. Soar and dive through five unexplored realms as one of a new generation of dragons – Plowhorn, Wu & Wei, Feathers, and Thunder – on an epic quest to save Thunder’s family.

It’s time to hit the dancefloor with the world’s top teen icon in the brand-new musical adventure JoJo Siwa: Worldwide Party! Step into the dancing shoes of one of the biggest dancing superstars on the planet and make sure she hits the stage on time for her Worldwide Party!

Adventure through ten fantasy lands on awesome vehicles including spaceships, jet skis and even a rollercoaster, while bopping along to JoJo’s biggest hits including D.R.E.A.M., Hold the Drama, and It’s Time to Celebrate! Use the controller as an instrument to jump, run and fly to the beat and make sure those moves are ready for the big stage!

As the first-ever L.O.L Surprise! game to include a 4-player local co-op, grab up to three friends and increase the fun! With over 30 levels across five unique and fabulous worlds to fully explore – Glitter City™, Neon Desert, Queen Island, Watery Ways and New Fab City – fans will have a heap of content to unlock and get styling, including special mini-games like fashion shows and music concerts.

It’s time to celebrate as preparations are in full swing for Equestria’s Maretime Bay Day Festival. However, one pony is out to spoil the party! Join the adventurous Sunny, kind Hitch, creative Izzy, courageous Zipp and confident Pipp as they attempt to save the day and put on the best festival ever!

Play as Sunny and use her magic powers to complete tasks and challenges with special unlockable pony skills to fly, jump and skate around the fantastical world of Equestria. Customise Sunny along the way with new clothing and accessories to make sure she looks her best for Maretime Bay’s big day!

Get ready for PAW-sitively thrilling races in this brand-new kart racer starring the PAW Patrol pups!

The first ever PAW Patrol game kart racer, PAW Patrol: Grand Prix is the first PAW Patrol multiplayer video game that allows up to 4-players at once, letting the whole family play together via split screen. Race to become a champion using power-ups and boosts like water balloons, snowballs and confetti blasts. More experienced track stars will be able to play on hard mode, while younger players can use easy control options with auto-acceleration to guide them to the finish line.

Ryan’s friends have been kidnapped by evil Dark Titan, Robo Combo, and Packrat – and only you can rescue them!

Set out on a quest across four exciting worlds packed with slime, spaceship-flying bosses, and Ryan’s Surprise Eggs. Launch yourself in Gill’s barrels, eat Moe’s power-up pizza, and even ride on a giant Shelldon. Give your character a unique style with costumes you can buy in the shop. And play fun minigames like Spaceship Flight and The Floor is Lava. It’s an awesome adventure for one or two players.

Can you defeat Dark Titan and his fiendish allies?

After the Protostar picks up strange readings from a dying star, Dal R’El and Gwyndala must race against time to save their friends, their ship, new alien species and an entire planetary system before a supernova destroys them all!

Using their unique skills to overcome ingenious puzzles, endure hostile environments and battle deadly robot armies, Dal and Gwyn must save their captured crewmates Jankom Pog, Rok-Tahk, Zero and Murf. But they soon discover a deadly new enemy, one that will stop at nothing to destroy the Protostar and change the very course of history!

Yum Yum Cookstar, players will stir, fry, chop and bake their way through more than 70 unique recipes in a wild competition hosted by Chef Yum Yum. Being a fan of unicorn food as well as a culinary artist, Chef Yum Yum introduces colourful and creative dishes for everyone, including vegetarian variants.

Be sure to check out our other Christmas Gift Guides!

To help your little one enjoy the fun of playing as Sunny from My Little Pony we are lucky enough to have a copy of My Little Pony: A Maretime Bay Adventure on Nintendo Switch to giveaway. 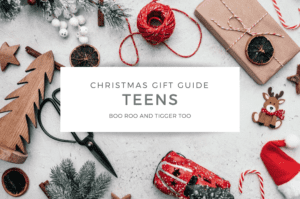 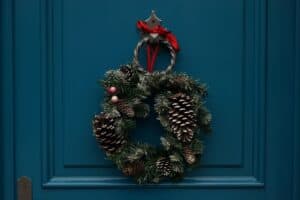 8 Ways to Prepare Your Home for Your Christmas Guests 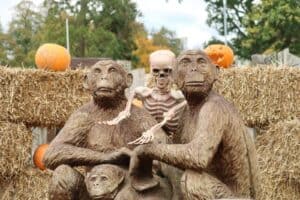