Drayton Manor Theme Park, near Tamworth, Staffordshire is set to open for its Magical Christmas on Friday 16th November, and promises to be more magical than ever before.

This year’s festive theme is the Knight Before Christmas which will see the existing Excalibur ride become the home of Father Christmas, where there will be a fireworks display suitable for young children, over the enchanted castle together with water and light fountains each night. 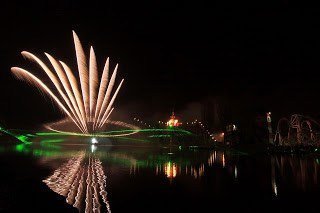 Adorned with icicles and snow-capped turrets and covered in twinkle lights inside and out, Excalibur is the setting for a mystical tale about St Nicholas who was made a knight and asked to look after a magical dragon egg. At the park, children will be met by playful elves and taken on a journey of the story through the grotto until they arrive at Father Christmas’ cottage.

Good boys and girls will be given a free gift of a story book telling the tale of the Knight Before Christmas by Father Christmas himself, amid a festive atmosphere which promises to add to children’s enjoyment of their special day out. The Knight Before Christmas theme is further bought to life as children leave Father Christmas’ cottage and arrive at a Medieval show are and themed shop, which will see animatronic dragons and knights perform a show, live jesters and festive entertainment, making it a truly magical experience for children and families.

In keeping with the Christmas theme, the iconic Polar Express film, featuring the voice of Tom Hanks as the conductor, will also be showing in the 4D cinema where it will snow as part of the screening – a truly enchanting experience for all the family and something sure to get everyone in the festive spirit.

The food stands will bring festive cheer, selling tasty bratwurst and doughnuts, as well as hot chocolate and gluhwein to keep customers warm. Visitors can also try pie, mash, peas and gravy at Humble Pies for eat in or take away.

As in previous years, Thomas Land™ will be transformed into Drayton’s Magical Christmas, complete with festive music, live shows, spectacular decorations and snow machines where it will snow three times a day. 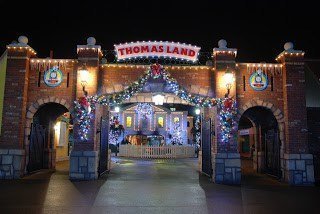 Thomas Land™ is home to 20 rides and attractions based on the ever-popular Thomas & Friends™ series, including Cranky’s Drop Tower and the Troublesome Trucks Coaster and the new Blue Mountain Engines ride. 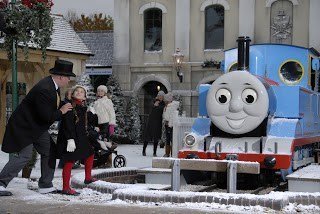 In addition, Drayton Manor’s Ben 10: Ultimate Mission roller coaster will be open during the festive season*. Based on the Ben 10 TV series, produced by Cartoon Network, the exciting roller coaster launches riders forwards on their first tour of the 180m track, hitting speeds of 55kph and a g-force of 3, before returning travelling backwards along the same route.

Open throughout Drayton’s Magical Christmas will be the park’s zoo, Carousel and the Jolly Buccaneer.

Drayton’s Magical Christmas will start on Friday 16th November 2012 and runs every weekend (Fri – Mon) in the run up to Christmas. It will be closed on 24th, 25th and 26th December, before opening daily on Thursday 27th December until Monday 7th January 2013.

Currently, online prices are £15 for adults, £10 for children and free for under 4s. 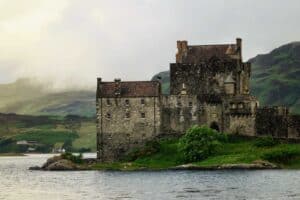 Three of The Best Destinations for Family Travel 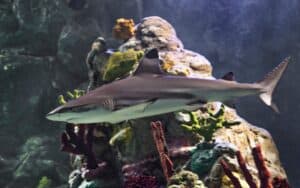 5 of the best family attractions in County Wicklow 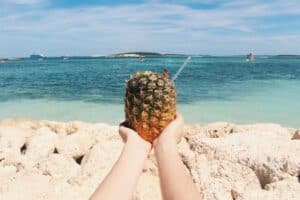 Saving Up For a Holiday As a Family