This summer holidays the poor weather has meant that we haven’t been able to go to the park as often as we had hoped to. Nevertheless we have managed to have some park based fun with Ben & Holly from the Little Kingdom.

Somewhere, hidden amongst thorny brambles, is a little kingdom of elves and fairies. Everyone who lives here is very, very small.

The Little Kingdom is home to Princess Holly and her best friend Ben Elf. Holly is a young fairy who is still leaning how to do magic properly. Ben is an Elf, elves don’t do magic but they are very good at making things.

Along with their friends, Ben and Holly have lots of magical fun. 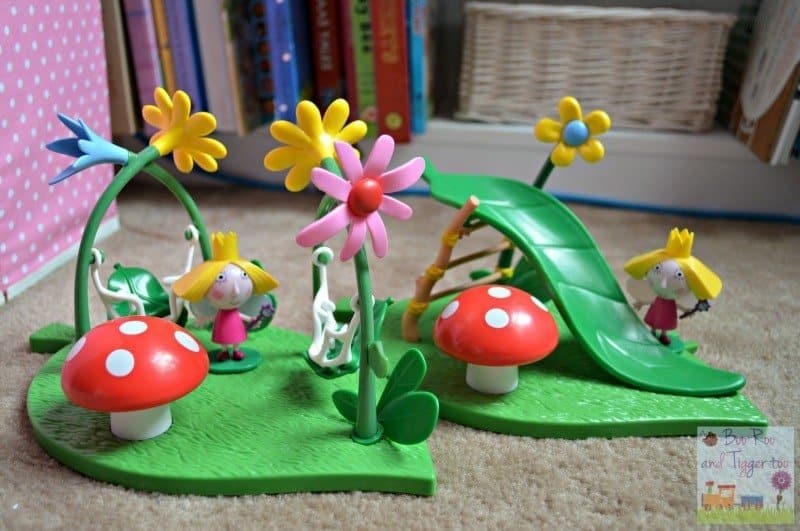 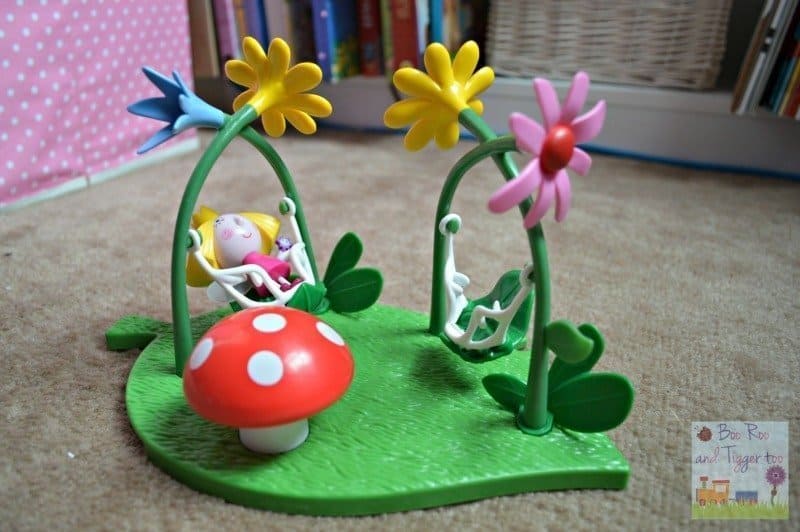 The playset comes with a Holly figure that fits inside the two swings which are creatively made from flower stems. Due to the weight of Holly’s head she needs to be pushed inside the swing in order for it to balance correctly.

Holly is also able to stand up on a little base provided within the playset allowing her to be used away from the swing set. 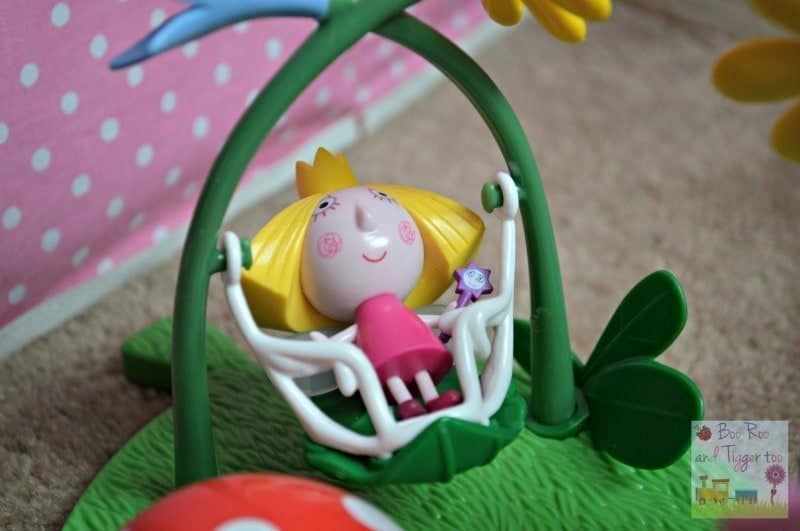 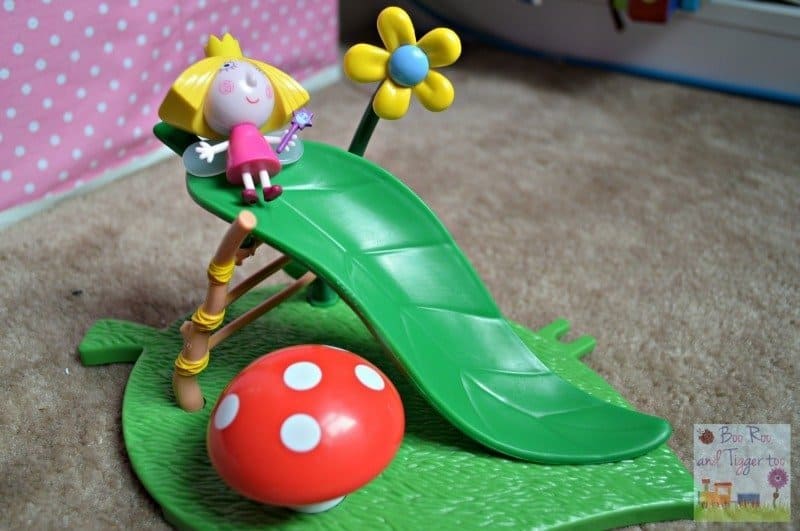 The slide playset also comes with a Holly figure to allow you little one to enjoy the playset. With a cute slide made from twigs and a large leaf Holly can jump up the slide steps (allow I suppose she could technically fly) before sliding down the leaf.

With an additional little base that allows Holly to stand unaided she is then able to enjoy her surroundings. 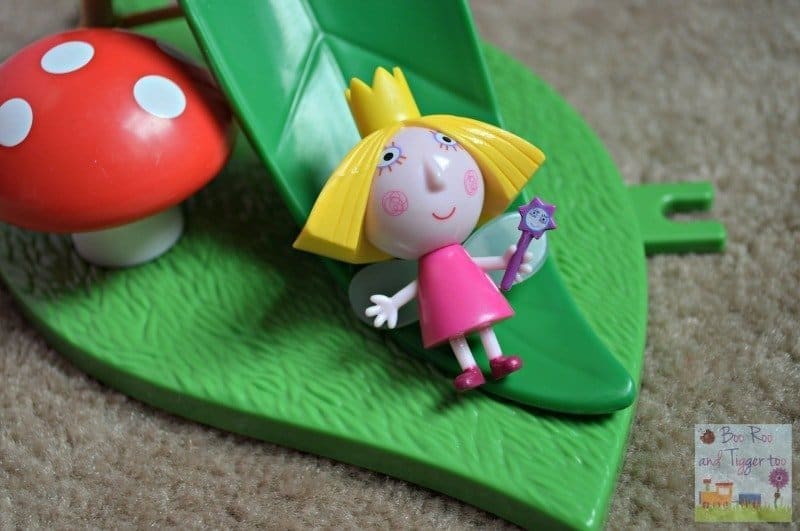 There is also a Ben & Holly’s Magical Playground Playset –  Roundabout with Holly available.

These cute little playsets from the world of Ben & Holly’s Little Kingdom allow your little ones to enjoy all the fun of the park but with their favourite character. All three playsets come with a Holly figure and personally I would have loved a different character with each playset. I feel these would not only give children access to different characters but a reason for parents to purchase the other playsets.

The playsets can be left individually or connected together, which Tigger found really easy. The advantage of having Holly come with each playset is that if siblings are playing with the playsets they each get a Holly figure. This allowed Roo and Tigger to have park races to see who’s Holly could finish first.

The playsets have have RRP of £9.99 and are available from Character Online, Amazon

and all other good toy retailers.

Take a look at what other people thought of the Ben & Holly Magical Playground Playsets: 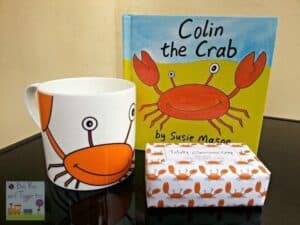 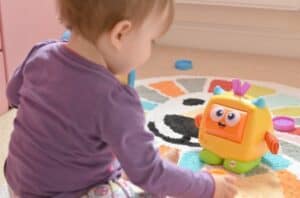