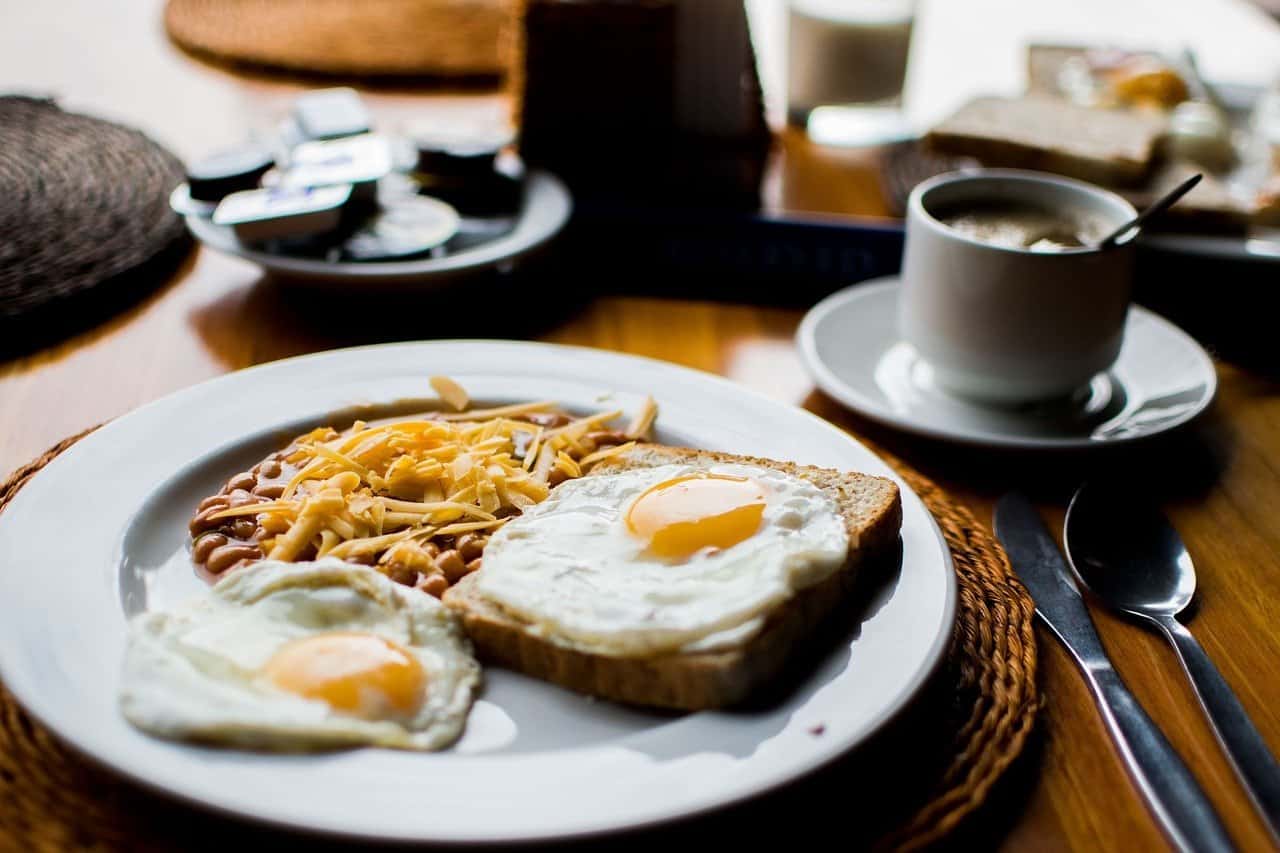 Perhaps because we have all been somewhat programmed to believe that we Can’t Have Nice Things, we as humans have become resigned to the fact that if we want to eat healthily, we’ll have to compromise on taste.

We know the foods that are good for us, we know the foods that we like, and we know that there isn’t much of an overlap on the Venn diagram. Thus begins the process of trying to find ways to make the healthy foods palatable, which is always going to be easier than making the nice foods healthier. Hence we have avocado toast, multiple fish curries, and pretending to like grapefruit juice for as long as it takes to get used to the taste.

What we often don’t realise is that there are plenty of health benefits in a wide range of foods, including ones we’re more than happy to eat at any time. We don’t expect the tastier foods to have health benefits, partly because we’ve become so conditioned to think “if it’s healthy, it can’t taste too good”. But below, we’re going to look into how certain foods can have a demonstrably beneficial impact on our physical, mental and cognitive health – and maybe let you see that your diet doesn’t need to be one long list of compromises.

Pasta: Low in fat and salt, and that’s not all

Pasta has become one of those demon foods that is blamed for runaway weight gain, but does it really make sense that Italy, a country where chic high fashion is practically a religion, would base so much of its national cuisine around a food that made you fat? The truth is that pasta, in and of itself, is not a harmful food – but if you top it with creamy carbonara sauce or cover it with handfuls of cheese, you’ll find it hard to control calories.

The truth is that pasta has direct health benefits; it keeps you feeling fuller for longer and has a low fat and salt content. If you have a bowl of pasta at lunch, drizzled in olive oil and maybe topped with parmesan or mixed with forkfuls of shrimp, you’ll feel full all afternoon and not be tempted to snack. As a preference, wholewheat pasta works better for this purpose than standard white pasta, but as long as you aren’t twinning it with fatty sauces it’s no big deal.

If you’re a regular gym attendee or get plenty of exercises elsewhere, pasta is the perfect fuel for a workout, as its calories come mostly from carbs, which are great for quick-release energy.

Coffee: A pick-me-up that works wonders

You know the knocks on coffee, and in reality, they are mostly related to caffeine (so they don’t really apply to decaf). And if you’re prone to anxiety or easily get stressed, then coffee is probably best avoided. It can also raise your blood pressure and resting heart rate, so it’s not recommended for anyone with existing heart problems. However, coffee has a lot of advantages that people are at risk of ignoring.

When drunk in moderate amounts – four cups a day would be considered the maximum – coffee can be highly beneficial for mental alertness. People with ADHD who have not been prescribed medication, or whose medication doesn’t lend itself to mental sharpness, will see the greatest benefit from coffee. When transmitted to the brain, caffeine blocks a neurotransmitter known as adenosine, which allows norepinephrine and dopamine to be produced in greater amounts, benefiting your ability to think clearly.

Studies have also indicated that coffee drinkers are less likely to suffer from Type 2 diabetes and dementia. All in all, as long as you don’t overdo it and are not a naturally anxious person, coffee is seemingly highly beneficial. These benefits are more pronounced the fresher the coffee is, so it’s worth prioritizing coffee machines and bean-to-cup production ahead of instant coffee. Most modern coffee percolators can be programmed for a certain time, so it’s a good idea to set them for the early morning and wake up to a nice aroma.

A food that is associated with sitting in front of a screen for two hours and checking out might not seem to be an ideal health food, but popcorn is – and always has been – a snack with healthy properties. For one thing, it’s got plenty of magnesium and manganese, nutrients which aren’t widely found in food and which help the body create healthy and strong soft tissues. If you’ve found your muscles to be painful or easily injured, a bowl of popcorn on a regular basis will do you the world of good.

Popcorn is also packed with antioxidants, which bring nothing but good to your general health profile. They assist mental agility and reduce the risk of problems such as heart disease and cancer. It should go without saying that the more salt, butter, sugar and other toppings you put on it, the less healthy popcorn will be, but if you prepare it with coconut oil, it’s one of the healthiest things you can eat – you’ll even see it on sale at health food stores for this exact reason.

Eggs: Not a source of serum cholesterol

The above clip from the Simpsons is both amusing and scientifically accurate. There is no evidence at all that eggs raise the level of cholesterol in the human body in a harmful way. While people look at a cooked breakfast and assume that eggs must be as fatty and unhealthy as a lot of the other foods on the plate, the truth is quite the opposite (although if you fry anything in enough lard it will get pretty fatty). In fact, eggs are an excellent source of a lot of beneficial nutrients you won’t get much of elsewhere.

For example, vitamin D is hard to come by in a standard diet – its main source for many people is sunlight, which isn’t great news if you’re getting ready for Autumn. Eggs provide this handy nutrient which is essential for building strong bones and a healthy immune system. It’s also been credited with beneficial effects both on the risk of infection and on the survivability of Covid 19 in patients – although it is not enough on its own to prevent either infection or health impacts, so it is still a good idea to adopt other measures.

Eggs also contain high levels of selenium, which is not present in many other foods outside of Brazil nuts and oily fish. The health benefits of selenium are extensive and potentially life-changing. A healthy quantity in your diet keeps free radicals under control, lessening your risk of a long list of health issues, and has been credited with lessening the risk of Alzheimer’s disease, which is among the top ten causes of death in America. So it seems like Homer made a significant miscalculation in slapping that sandwich out of Lenny’s hand.

Alcohol: In the right quantities…

Let’s get the key points out of the way here: overconsumption of alcohol is extremely bad for your health, with negative impacts on just about every bodily function. It will impair your cognitive health, harm bone density, put you at higher risk of several cancers, strokes, heart problems, liver cirrhosis and depression. It also places significant strains on interpersonal relationships, and anyone who has ever experienced a hangover will know just how pitiful you can feel the morning after a heavy night of alcohol consumption.

With that said, moderate consumption (one unit a day for women, two for men) can be directly beneficial in some surprising ways. A glass of wine can diminish your risk of heart disease, Type 2 diabetes, and kidney stones. Red wine, which is made by crushing red grapes and leaving the skins in the barrel for an extended period, also contains higher quantities of resveratrol, a compound that helps to produce antioxidants in the body – and as we’ve already seen, antioxidants can be enormously beneficial.

None of this should be seen as a green light to have another glass; the positive benefits are not multiplied the more alcohol you drink, and the tipping point from help to harm comes very early on. If you like a glass of wine with a meal, it’s a good idea to sparingly buy the single-glass bottles that are readily available in supermarkets. Because while “the bottle’s open, we might as well finish it” might pass your credibility test, your liver and brain wholeheartedly disagree.

It’s more than possible to eat and drink healthily while not depriving yourself of some of life’s culinary joys. As with anything, the line between enjoyment and overindulgence needs to be observed. However, as the above shows, there is plenty that you can enjoy while still doing your brain and body a real favour. 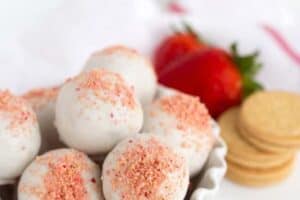 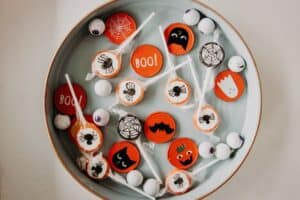 Getting into the Halloween spirit