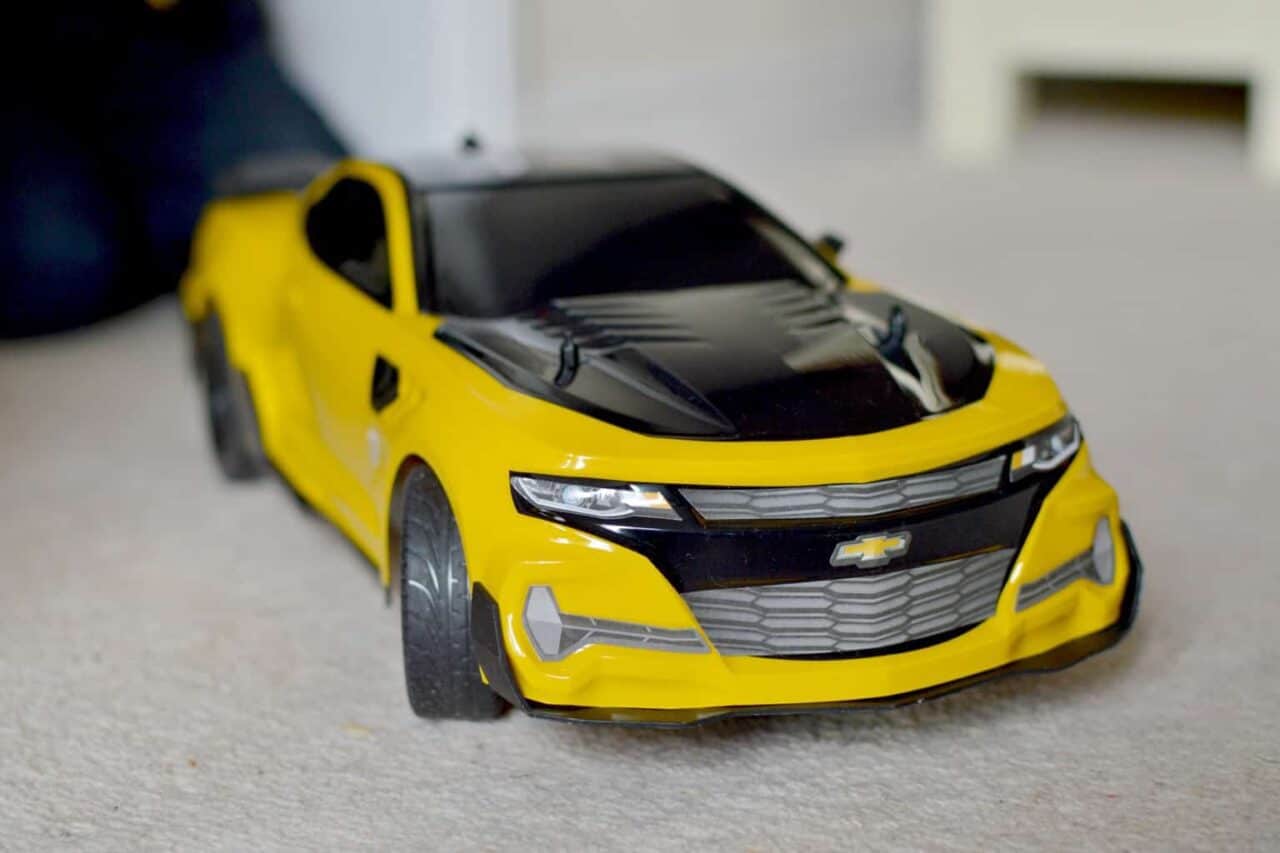 Tigger was first introduced to Transformers back when we became unwell one evening. Mr. Boo and I were watching one of the Transformers films when I needed to bring Tigger down to join us. Through his high temperature and generally feeling meh, he snuggled into Daddy. Although we thought he would fall asleep it appears that the onscreen action of Transformers was far more interesting and he was soon hooked. With both that Transformers film and another being watched the next day as he laid on the sofa too poorly to go to school.

Shortly after we moved to our new house we found a bright orange car that looked like one of the cars from Transformers. We would joke that it was resting up after a busy night out fighting the Decepticons as it was always there on the morning school run in the same place. So you can imagine the delight on Tigger’s face when he came home to find the Transformers The Last Knight RC Bumblebee car sitting waiting for him…

Bumblebee is Optimus Primes most trusted ally. Now it’s up to you and Bumblebee to save the world from the evil Decepticons. 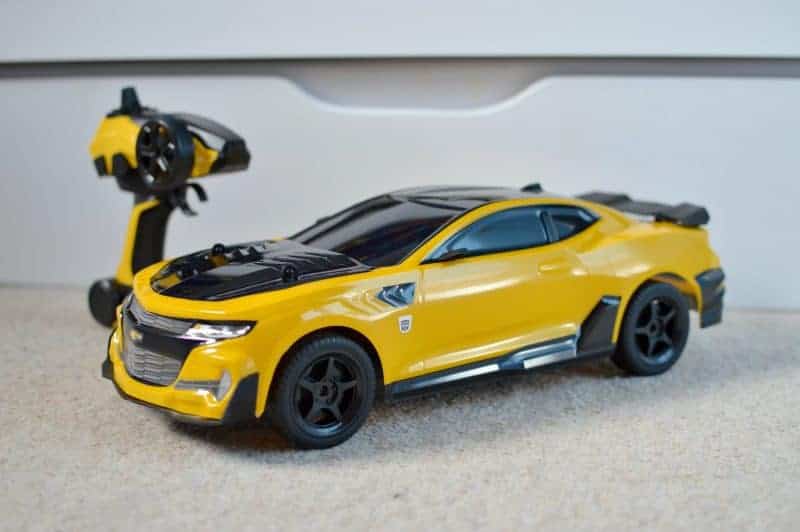 Removing the Transformers The Last Knight RC Bumblebee car and handset from the packaging was relatively easy with some plastic screws twisting out underneath to release the car. The jumbo Bumblebee car measures 40cm long so is a substantial size. Perfect for whizzing around the house, through doorways, over homemade obstacle courses and tunnels. 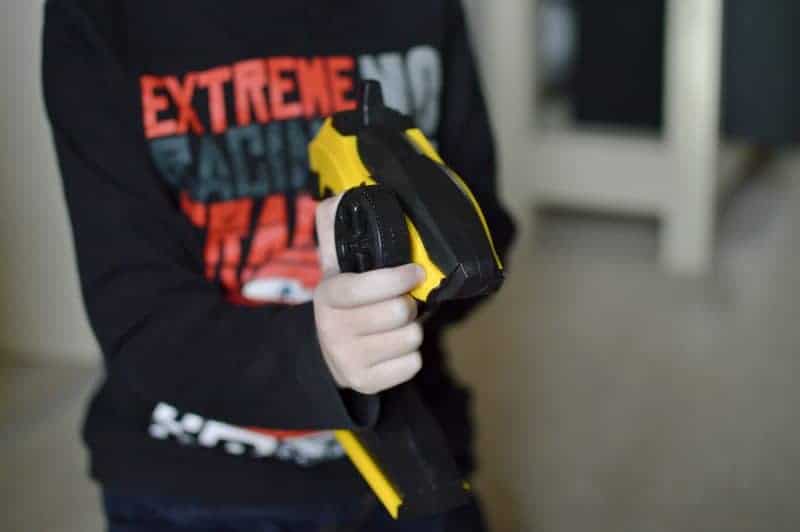 The remote control handset included is a trigger action rather than a traditional controller style. Personally, I feel that this makes it easier for younger drivers to get used to driving and controlling Bumblebee.

How to use the RC handset 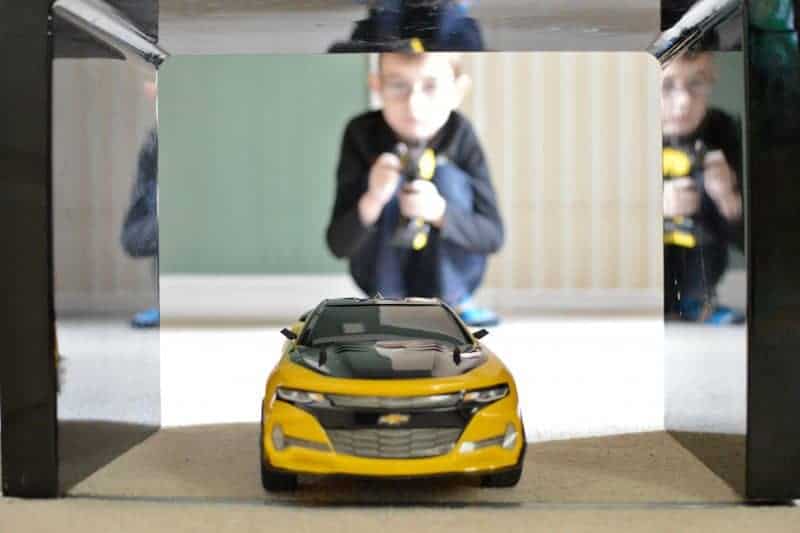 Even I have to admit that the Transformers The Last Knight RC Bumblebee is so much fun. The car is responsive to the handset which allows you to manoeuvre the car around obstacles, over bridges made from books, tunnels and across the patio. It’s one of those toys that the whole family wants to get in on the action, rather than just leaving Tigger to his own devices.

Transformers The Last Knight RC Bumblebee // Where Can I Buy?

The Transformers The Last Knight RC Bumblebee is available to buy from Amazon, Argos and all other good toy retailers. 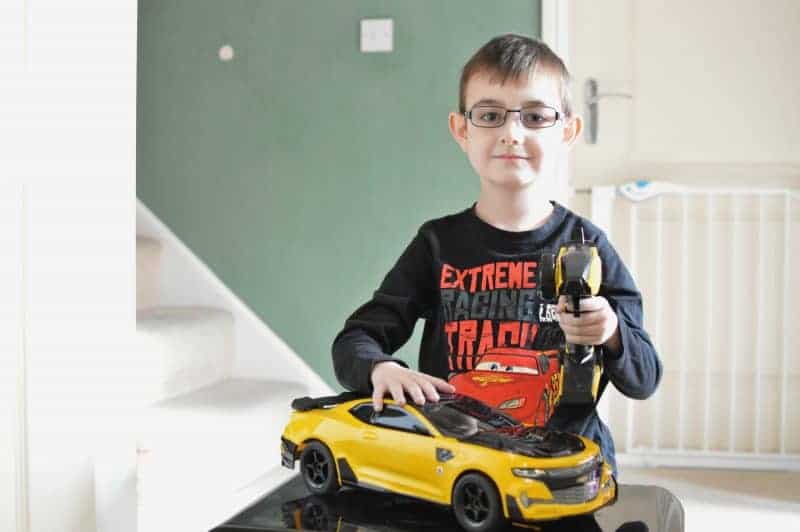 Disclosure: We received a Transformers The Last Knight RC Bumblebee FOC for the purpose of review 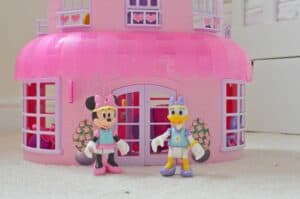 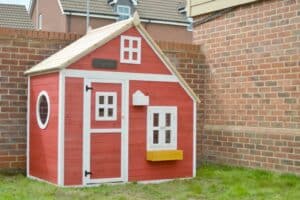