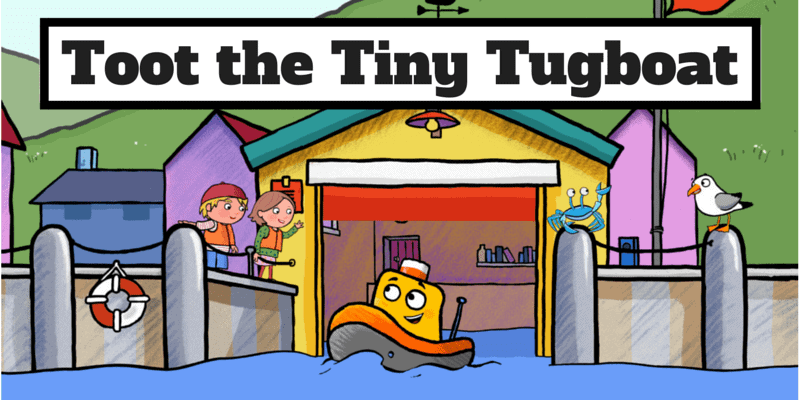 Fire up your engines, grab a sou’wester and experience life on the ocean wave with Toot the Tiny Tugboat, a delightful, the new pre-school series has sailed onto Milkshake!, airing every week day. Based on the book Toot and Pop! by Sebastien Braun, the animated series features the seafaring antics of plucky little Toot – a tiny boat with a big heart!

An eager and energetic tug in his first year of service, Toot works and plays with his ocean-going friends in the busy waters of the Harbour, a thriving coastal port which serves its local community. With his rallying cry “Heave ho! Let’s Go!”, Toot shows children that they are capable of big things, no matter how small they are. 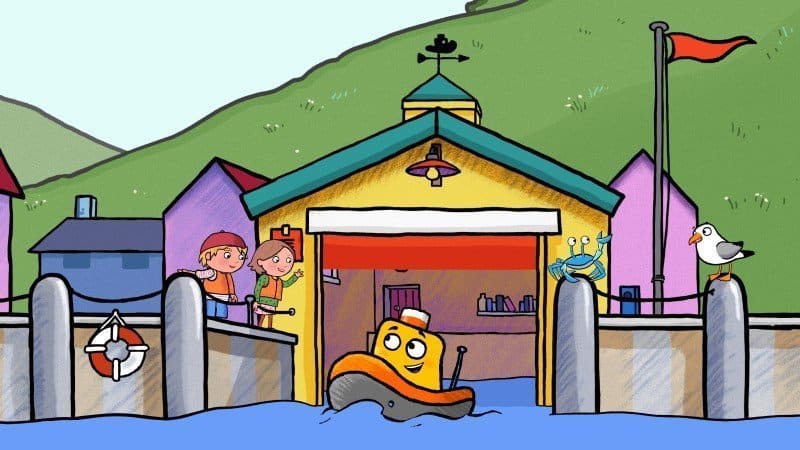 Toot’s job is to lead big boats into the Harbour and out to sea, drag barges inland along canals, rescue ships in distress, fight fires and generally work his little propeller off helping the inhabitants and visitors of the bay. The trouble is, Toot isn’t that experienced. He’s a rookie at all this and is prone to make mistakes and even neglect his duties in favour of a bit of fun. Luckily, he learns quickly and is always keen to rectify his slip-ups.

Helping, and hindering, Toot in equal measure are his friends and foes around the harbour. There’s goody-two-funnels Pop the Ocean Liner, joyous, up-for-a-laugh Paula the Trawler, watchful father figure Lenny the Lighthouse, high and mighty Bryan the Ferry, proudly showing off his on-board croquet lawn, and gossipy Marge the Barge. And some of the local inhabitants make Toot’s work even more difficult. Gus the mischievous seagull and Blue-Claw the pirate crab are always looking for a way to get their beaks and claws on any tasty imports arriving at the docks, while boastful show-off speedboat HP is also keen to cause trouble, ignoring all safety warnings as he attempts to show that he’s the fastest and coolest boat around. 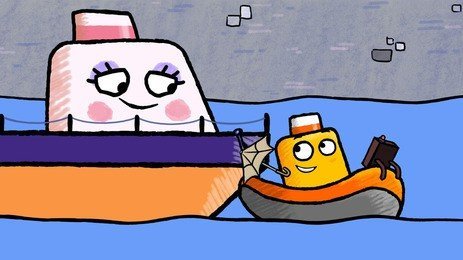 Both Roo and Tigger enjoy watching Milkshake! in a morning before school. The addition of Toot the Tiny Tugboat has added a new face with an array of new adventures to watch and enjoy. Tigger happily sits down and watches Toot as he tucks into his toast before pre-school – excited by the new characters and of course the transport theme is always a hit with Tigger.

My only issue is not with the programme but the time it is shown, 6.30am might be a little early for some children – not Roo and Tigger however who have always been early risers.

Disclosure: We received a promotional Toot the Tiny Tugboat disc FOC for the purpose of review.

Armour up for Big Hero 6!