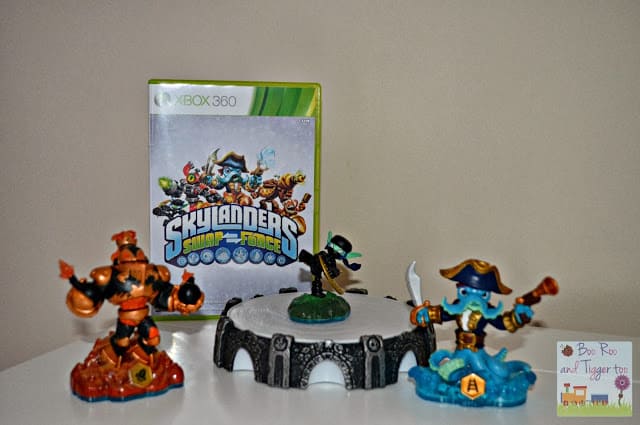 Embark on an exciting new adventure with the Skylanders and the SWAP Force. For generations, the SWAP Force protected the volcano that replenishes Skylands’ magic. That is until an epic battle caught them in an eruption that blasted them apart, sent them to Earth and gave them the ability to swap powers. Only you can mix and match their tops and bottoms, put them on the Portal of Power and save Skylands. 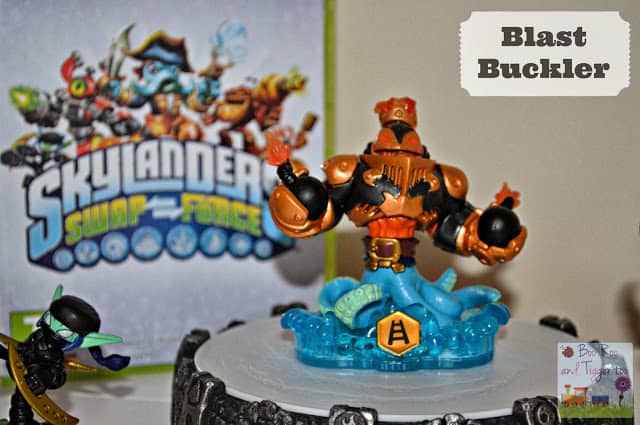 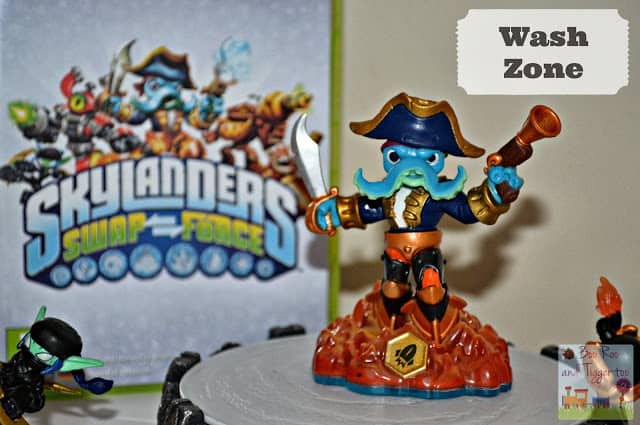 Roo has been a Skylanders fan for as long as I can remember, Mr Boo bought the game home one day from work and she was hooked. In many ways it has help us reward her good behaviour by allowing us to treat (bribe) her with a new Skylanders figure. Last year saw the release of Skylanders Giants for which she is still earning the new figures (just two to go), however she has been on countdown since our trip to Lollibop this year where she first played Skylanders SWAP Force. 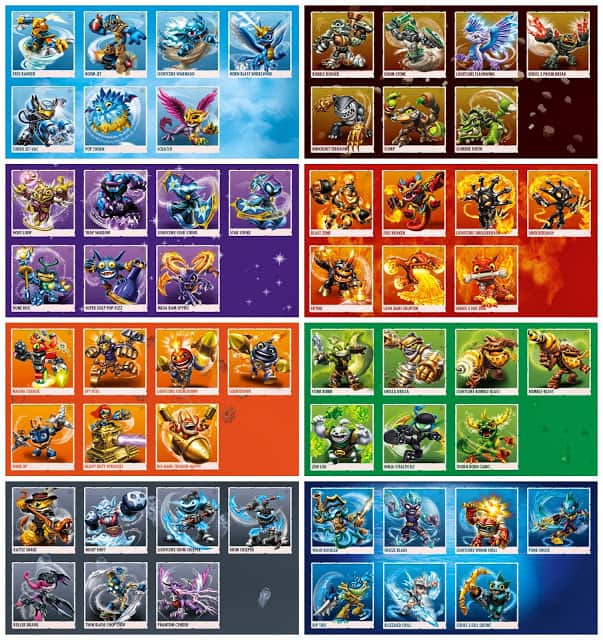 The two Skylanders SWAP Force characters included within the starter pack gives you four different character options to you can just imagine what fun you can have will all 16 creating the ultimate fighting force.

Fans of the franchise can also play Skylanders SWAP Force with their entire collection of characters from both Skylanders Spyro’s Adventure and Skylanders Giants, now with the added capability of jumping.

Now listing the figure stats etc. is all well and good but what about the game play? I cannot tell you how excited Roo was to come home and find Skylanders SWAP Force sitting next to the Xbox360 – ‘Mummy can we play now?‘

Roo is far more efficient at loading up and starting the Xbox than I am so within a blink of an eye she had it set up and ready to go. Eager to see the SWAP Force characters in action Blast Buckler was added first and I have to say it is so funny to watch a robot with tentacles fighting its way across the screen.

The game play is interactive and the instructions on screen are clear and helpful. The ability to switch characters during game play really appeals to Roo and was busy switching the new characters on and off to see what abilities they each had.

Needless to say Roo was engrossed within the game and was disappointed to have to come off for tea. 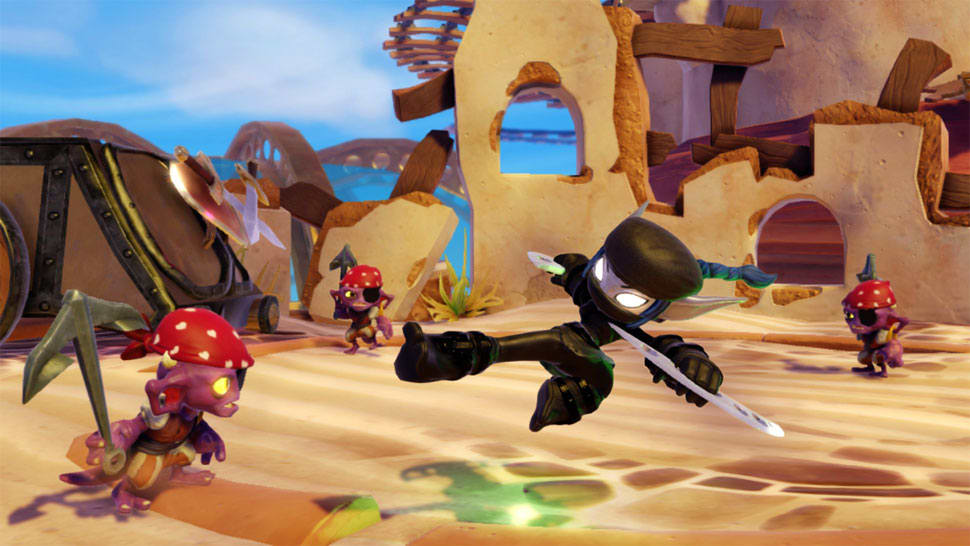 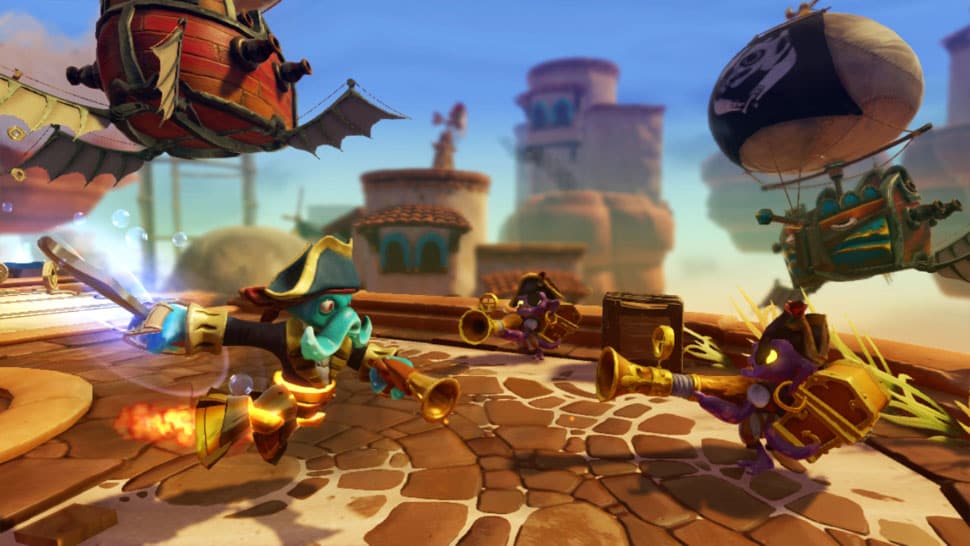 Parents would be fooled into thinking that Skylanders SWAP Force was just a video game, it is far more than that. Lets start with the trading cards that come with each new Skylanders character, this gets children thinking about numbers, comparing abilities and not to mention the collect-ability feature.

The enclosed poster featuring the Skylanders SWAP Force characters aids them in remembering names, checking off the ones they have and spurring them on to earn the ones they are missing. Roo has already added the poster to her bedroom wall next to the previous two posters and is currently deciding on which characters to ask Santa for.

The character figures themselves are a collectable within their own right, the figures are well made and so detailed that even Mum’s and Dad’s will be interested in which new figure their child is crazing after. Personally I’m loving the look of Snatch (an Air core character).

From a parents point of view I love that the game is not a five minute wonder. With different collectable and game interactive characters that allow the player to switch between characters abilities depending on the mission they are facing.

The figures from the first two video games are forward compatible which allows players to take their abilities and upgrades earned in the previous games. All the figures are also compatible with over devices, so whilst Roo plays Skylanders on the Xbox360 her cousin has it on the Wii.

There is something intriguing about the Skylanders franchise that makes both children and adults want to pop a character on to the portal of power and join in. Plus the sheep make me giggle. 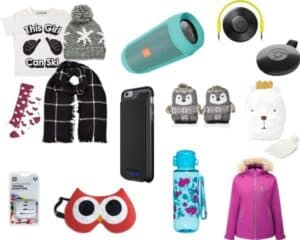 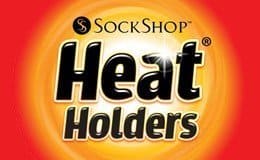 This website uses cookies to improve your experience while you navigate through the website. Out of these, the cookies that are categorized as necessary are stored on your browser as they are essential for the working of basic functionalities of the website. We also use third-party cookies that help us analyze and understand how you use this website. These cookies will be stored in your browser only with your consent. You also have the option to opt-out of these cookies. But opting out of some of these cookies may affect your browsing experience.
Necessary Always Enabled
Necessary cookies are absolutely essential for the website to function properly. These cookies ensure basic functionalities and security features of the website, anonymously.
Functional
Functional cookies help to perform certain functionalities like sharing the content of the website on social media platforms, collect feedbacks, and other third-party features.
Performance
Performance cookies are used to understand and analyze the key performance indexes of the website which helps in delivering a better user experience for the visitors.
Analytics
Analytical cookies are used to understand how visitors interact with the website. These cookies help provide information on metrics the number of visitors, bounce rate, traffic source, etc.
Advertisement
Advertisement cookies are used to provide visitors with relevant ads and marketing campaigns. These cookies track visitors across websites and collect information to provide customized ads.
Others
Other uncategorized cookies are those that are being analyzed and have not been classified into a category as yet.
SAVE & ACCEPT
159 shares