Roo is generally a girly girl, her mother’s daugher. There are some exceptions… Her love of playing football and watching Jurassic Park and Iron Man, clearly come from Mr Boo’s genes. So when we were offered the chance to review the new Marvel Iron Man 3 Sonic Blasting Iron Man

I wasn’t sure who would love it more… Roo or Mr Boo?? 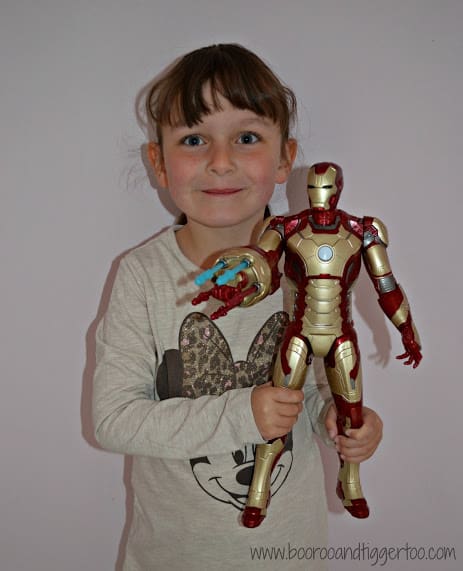 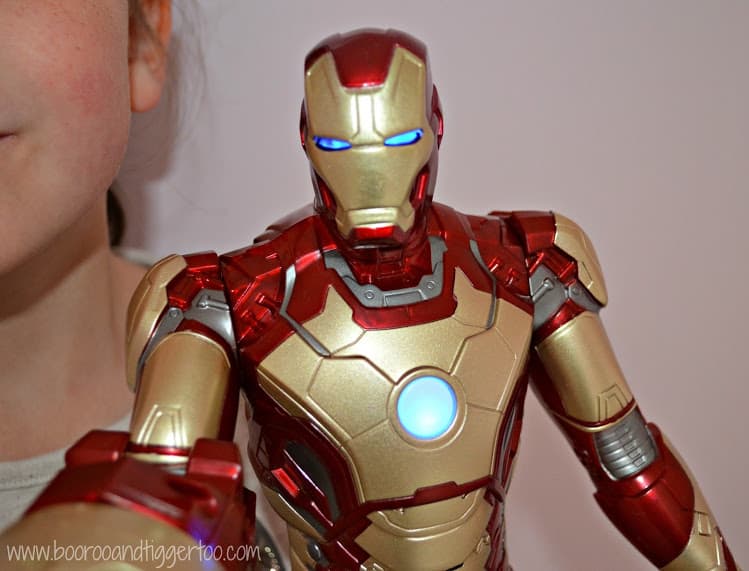 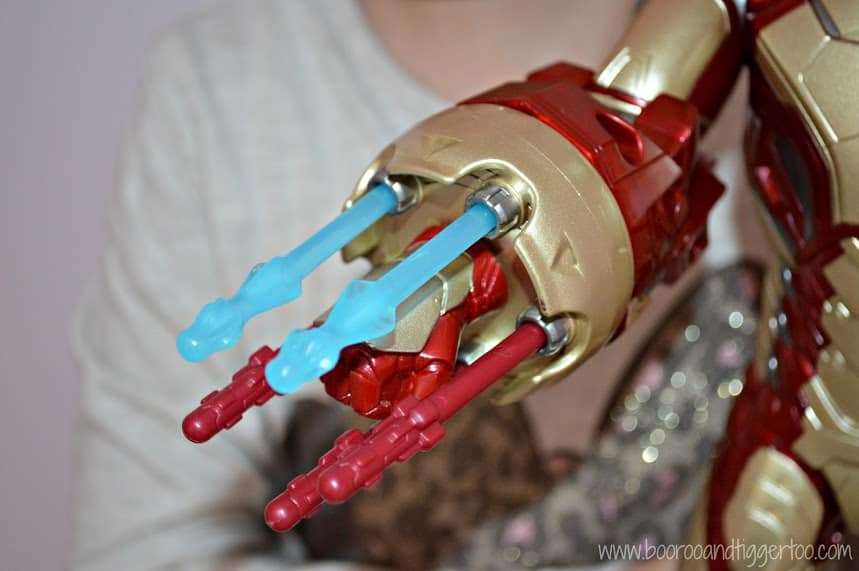 Luckily for Roo she managed to get her hands on it before Mr Boo came home from work, but has offered to share it with him (bless). Unpacking Iron Man I was impressed to see that there was not a plastic cable in sight, instead they have opted for coloured string. Attaching the lower legs onto the main figure was a little difficult and need quite a bit of pressure in order for them to click into place. Once Iron Man was assembled I was impressed to see that he was a good size and certainly worth the money.

Unfortunately like most toys nowadays he does require 3 AA batteries, luckily I have an amble supply of rechargeable ones in the drawer. Once the batteries are popped and he switched on he is ready to go.

I said to Roo that I needed to borrow Iron Man so that I could do a little video about him, to which she replied ‘it’s OK Mummy I can do that for you‘… So without further ado here is Roo explaining how Iron Man Sonic Blasting works.

Boo Roo and Tigger Too’s thoughts…
Roo really took to him, even though he looked really big compared to her tiny frame. She has been pressing his arc reactor and listening to the sounds and phases.
With a RRP of £29.99 I think it is good value for money, mainly from a size perspective and the sounds. The sonic blaster is not my cup of tea, not too sure about firing missiles etc but I have explained to Roo that she musn’t point him at anyone when setting them off. I would have like to have seen some sort of wrist strap or similar to store the missiles on as I’m not too sure how long it will be before one or more go missing.
Available to buy from Amazon, Argos and all other good toy retailers.
Boo xxx
Disclosure Policy: We received an Marvel Iron Man 3 Sonic Blasting FOC for the purpose of review

On the second day of Christmas, the toy fairy sent me… 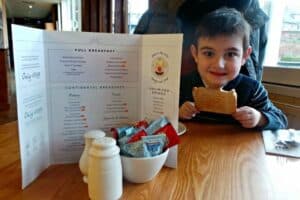