is the ultimate way to begin collecting. The pack includes a sticker album explaining the history of Kobots and details of all the teams, characters and games. There are also two gaming devices, a ‘Kobotron’ for practising both high and low shots, as well as a ‘Game Arena’ for challenging friends and also two figurines, two bases and two stickers. At a RRP of just £3.99 it is the same price as most magazines and arguably offers longer play-ability. 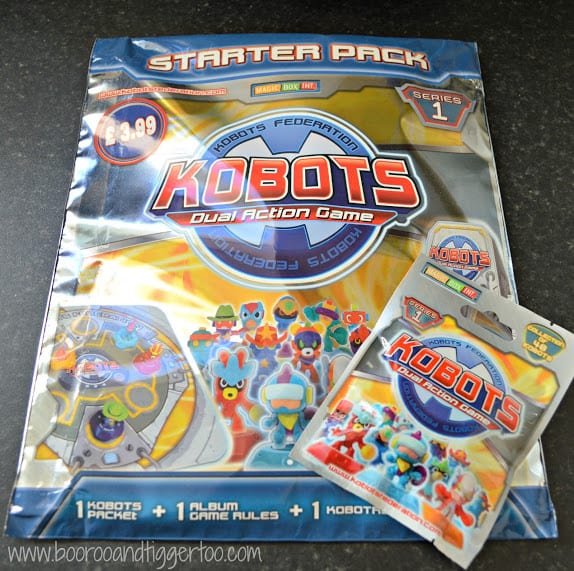 For collectors wanting to build on their Kobots, a Kobots Blind Bag 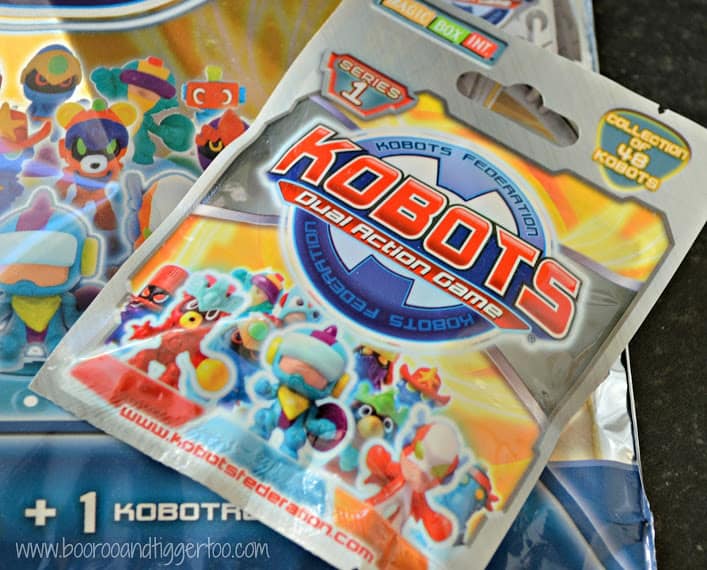 The characters are spilt into 6 teams and battle against each other; Phenix, Knightimals, Star Raiders, Ultradozers, Silicon Copper and Ninjaris. Each team has a home and away ‘kit’, making an initial collection of 96 figurines to collect as part of the Kobots Federation. 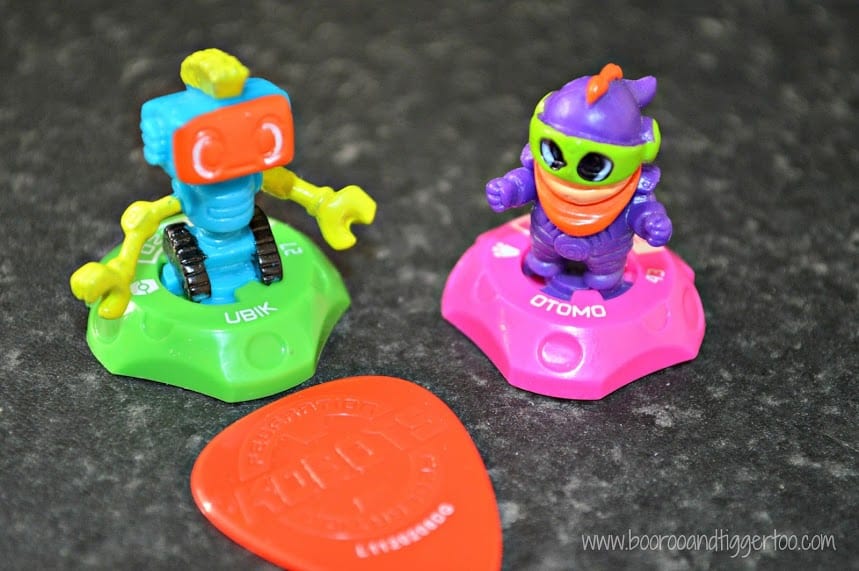 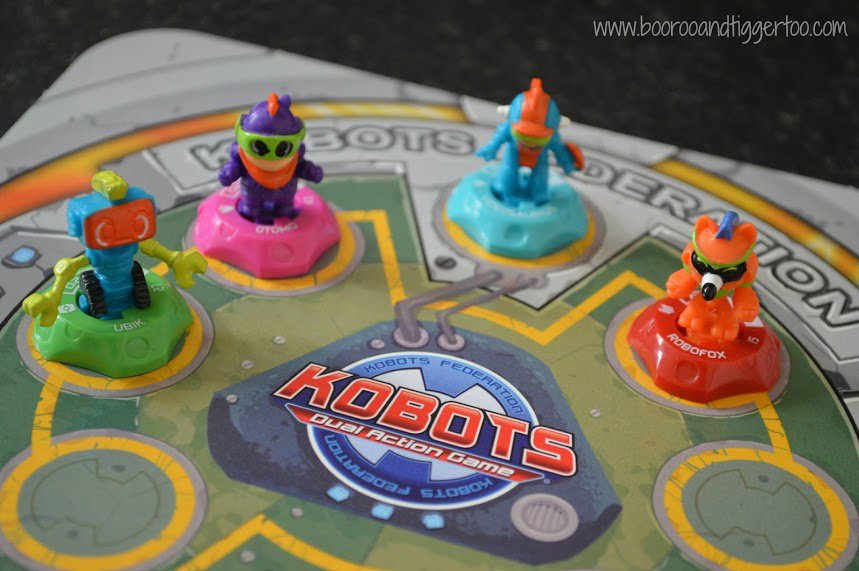 Boo Roo and Tigger Too’s thoughts…
Roo like most children her age is often pestering me whenever we go shopping for magazines and nick nacks by the tills. The problem I have is value for money, if I’m spending £3.99 on a magazine how long is she going to read and complete the activities on it? That’s why I like the idea of Kobots,  as I child I would collect stickers in an album of Take That etc but once it was completed the thrill of opening a pack was gone.

Kobots have gone one step further by not only having stickers to collect, but by having the excitement of wondering which two of the 48 figures you received in your blind bag. Not forgetting that the Kobot figures then can be used as a point scoring game either by yourself aiming to beat that personal best or with your friends completing in teams or against either other.

Kobots are available from all good retailers including Amazon

A step in the right direction