Having good sound when either watching your favourite show on TV or snuggling up to watch a movie is important. Admittedly the sound quality generally is more important to Mr Boo who in the past has tried to persuade me that surround sound theatre packages would improve my TV viewing experience. Don’t get me wrong once the surround sound was up and running is was great listening to the sound when watching a movie, however the wires leading to the speakers annoyed me so much, no matter how much you tried and disguise them there are still there.

Now being somewhat of a switch on and go kind of girl I don’t like to have switch this that and the other on just to get CBeebies on for the children. Cue a frantic call to Mr Boo one day when I thought I’d broken the TV as there was no sound, in fact I hadn’t switched the surround sound on. The thing is why would I want to listen to Granny Murray or Balamory in surround sound?

When I recently visited Panasonic HQ we were shown a variety of different sound bars and sound boards that even I thought look good. So when they emailed to say that for my first assignment they would be sending me the Panasonic Smart VIERA TX-L39E6B LED TV and Panasonic SC-HTB20 Sound Bar  I was a little worried that I wouldn’t be able to set up the technology without Mr Boo’s input. 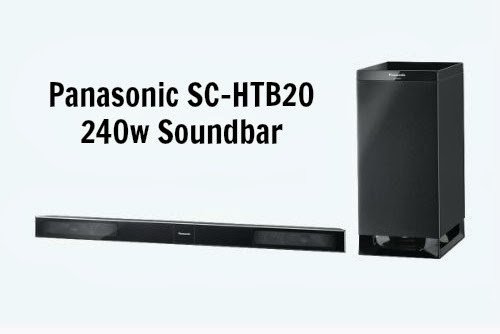 Once the sound bar arrived I felt the first important test of it would be whether or not I could set it up by myself. After a quick read of the instructions I found it was really straightforward, after unpacking the two part speaker system and sub it was a simple case of connecting the sound bar to the TV via either HDMI or optical cable. Mr Boo informs me that you get a better sound quality by using an optical cable so that’s what I used.

Personally I really liked that option of having one long sound bar placed in front of the TV or splitting the bar and having them placed either side of the TV. This offers consumers the ability to see what works better for them depending on where they are placing the sound bar and space available.

Whilst I may not usually want to listen to CBeebies or children’s TV in full surround sound the sound bar offers the option to switch the sub level up or down depending on what you are watching. One thing I did not like was the inability to see what the volume level was at, Roo is at an age where we allow her to switch the TV over and adjust the volume, however she knows at what number the sound is too high.

Disclosure: I am a Panasonic Brit Blogger, for which I received this item on loan for the purpose of review.

A night out with girls with Bonprix 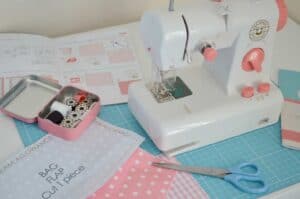