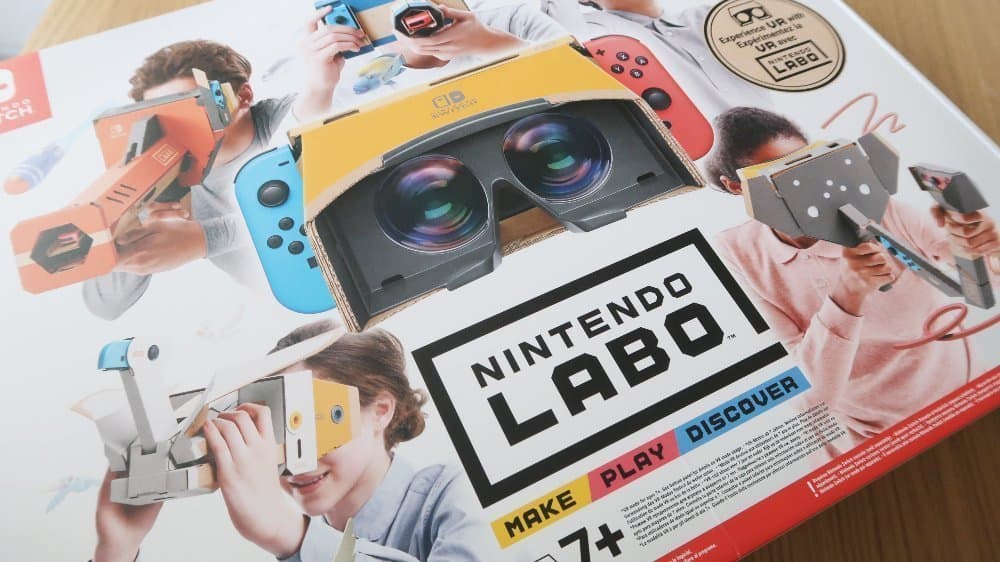 Nintendo Labo VR Kit is Nintendo’s new addition to the Labo range. It’s family friendly based VR, with the use of Cardboard instead of plastic. It is designed to add VR experience to the Nintendo Switch.

Last Christmas ‘Santa’ very kindly brought Tigger a Nintendo Switch, something that he had been longing for ever since we visited KidZania at the end of Summer. After enjoying a session the Nintendo Labo lab he had gained the bug for crafty interactive cardboard game. The latest release to the Nintendo Labo range is the Nintendo Labo VR Kit.

The VR Plaza is home to 64 fun VR minigames, like a UFO crane game, a driving game, and more! There are all sorts of fun, unique games to try! Some of the minigames can be played using your Joy-Con controllers and others using your Toy-Con creations.

You can even invent your own VR games in Toy-Con Garage VR. Using simple combinations of inputs and outputs you can quickly bring you VR game ideas to life! Let your imagination run wild and create all sorts of fun, unique VR games!

This is VR, Nintendo Labo style!

The VR Kit itself comes with the Glass, the basic VR Goggles holder and 5 further accessories. These allow you to build the Camera, Elephant, Bird, Wind Pedal and Blaster. All these can help you play the 64 games in the VR Plaza, and create more games in the Toy-con Garage.

How to build your Nintendo Labo VR Kit

To start with you need to build the VR Goggles using the cardboard templates included the box, along with your Nintendo Switch console. Place the game cartridge into the Nintendo Switch and load up. This will then talk you through step by step.

The instructions are very clear and easy to follow, the cardboard sheets are laid out well with clear number letters and symbols, the screen actually gives you a picture of the parts or sheet you need, and how they fit together. The same with the stickers and elastic bands.

Be mindful that it can take 30 to 90 minutes per build, depending on the complexity and person. So the battery may run out and you may want to take breaks, however, the game also recommends this including breaks and saving power. The recommended age for this kit is 7+ years, with the different builds being able to be completed by this age group, however, there are some tricky parts and may need an adult. This being said, the build is a big part of the fun, and you get that sense of achievement and accomplishment.

Overall the Nintendo Labo is already a great a product for what they have managed to accomplish, however, the addition of a VR Google and Kit takes this to another level. Whilst it may be made out of cardboard, it is strong, and how it fits together is extremely safe and rigid.

Tigger found it easy to build, although at times needed assistance, on the whole, he was fine. The build is fun but clear to follow, it does take a while, so you have to break it up to avoid kids getting a little bored – as they are eager to get on and play with the Toy-Con you are creating. So perhaps one Toy-Con at a time, spreading the build time over a couple of sessions.

As mentioned earlier there are several games spanning what accessory you are using. For example, you could be driving or blasting, taking pictures, or utilising the bird/elephant in fun games. The Camera taking pictures underwater is educational as well, as it helps you learn the names of fish and how there are recognised. It’s clever as it uses Joy-Cons and the Nintendo Switch console as part of the cardboard, with it all being securely tucked away.

It’s also worth noting the the VR Goggles included within this kit are compatible with Mario Odyssey, The Legend of Zelda – Breath of the Wild and Super Smash Bros Ultimate games.

Where to buy the Nintendo Labo VR Kit

The Nintendo Labo VR Kit is available to buy from Amazon, and all leading electronic retailers and toy stores. 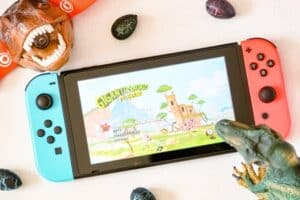 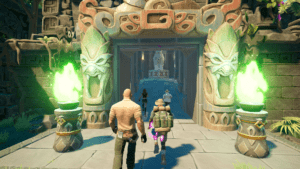