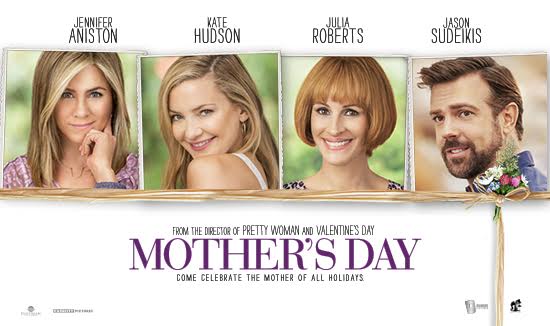 When I left school I spent the summer holidays before college starting renting various films from my local video store (yes I’m that old) with my best friend. In between our work shifts, we would take it in turns to choose a film. She would read all the bio’s on the box and make her decision that way. Whereas I am more of a visual person so would look at the cover and see who was in the film before making my decision.

As I met Mr Boo and before we had children we would go to the cinema quite regularly and enjoy the films on the big screen. As Roo came along our trips to the cinema became less frequent and now we enjoy a new film each Saturday night. Mr Boo has taken the place of my best friend and chooses a film based on the bio, which causes me to pull a face when I think that the cover doesn’t look appealing.

Last weekend we watched Mother’s Day a film that I’d been meaning to see at the cinema with friends but never quite got round to it. As soon as I saw the cover and the actresses that were in the film I knew that this was my type of film.

There are only a few days left before Mother’s Day and several families have to come to terms with how they’ll be spending the big day. Whether it’s dealing with a new love, a lost love, or no love at all, this Mother’s Day will prove to be unforgettable!

The film follows the lives of five main characters and how their lives interweave in the run-up to Mother’s Day. You are drawn into their lives to see the struggles they each have with Mother’s Day for very different reasons.

Meet Sandy (Jennifer Aniston), a mom of two boys whose ex-husband has just remarried and wants her to allow the boys to share Mother’s Day with their new stepmom. Jesse (Kate Hudson) hasn’t spoken with her mother for a number of years and knows nothing about the life that she is now living. Kirstin is unable to commit to her long-term boyfriend whom she has a baby with. Bradley (Jason Sudeikis) who’s military wife died a year ago and is unable to move on and it’s starting to affect his relationship with his two daughters. Finally, Miranda (Julia Roberts) has an amazingly successful career yet doesn’t seem thrilled that Mother’s Day is approaching for another year.

Mother’s Day is available to buy from Monday 3rd October from Amazon and all other good entertainment retailers. 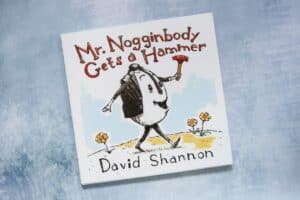 Mr Nogginbody gets a hammer