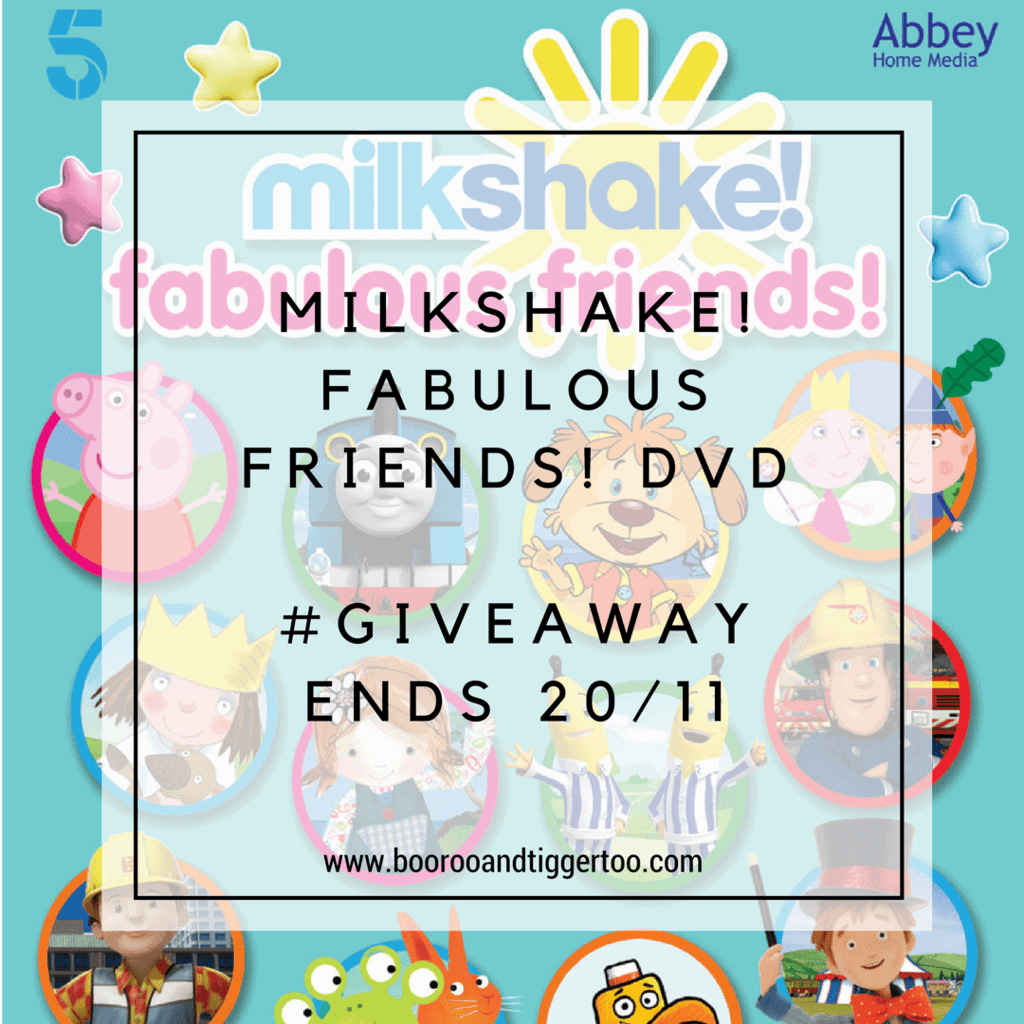 We have a morning routine before school each morning. With the children getting up, eating their breakfast before getting dressed into their school uniform. Depending on how quickly the complete these three easy tasks, depends on how much time they have to sit and watch Milkshake! on Channel 5.

With some of their favourite characters, they love to sit down and watch an episode or two before school. Although they try to say that they are just watching it with Piglet, I know that actually, they love to catch up with Peppa Pig and Ben and Holly’s the Little Kingdom.

Released today is a special two hours long DVD compiling a host of Milkshake! Fabulous Friends! that can be enjoyed time and time again. 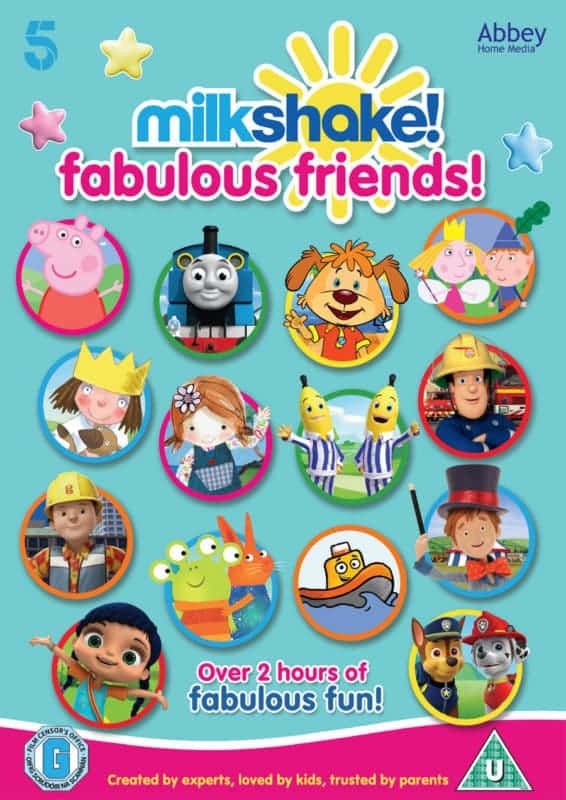 Peppa Pig – In ‘The New Car’, Peppa’s family car breaks down. While it is being mended, they borrow a shiny new one from Grandad Dog’s garage.

Thomas & Friends – In ‘The Thomas Way’, Harold the Helicopter breaks down, so Thomas and Duck take him to Sodor Search and Rescue for repair. Thomas wants to show them the sights but Duck isn’t keen. They need to learn to work together.

Pip Ahoy! – In ‘ Alan Loses His Bounce’, Alan starts the day full of music and bounce, until Norman the Snail tells him that bouncing is silly. Pip and Alba organise a surprise to cheer him up and get his bounce back.

Ben & Holly’s Little Kingdom – In ‘Books’, Queen Thistle reads the children a story which inspires a question. They can’t find the answer in the magic books in the castle, so go to the Wise Old Elf in the Great Elf Library.

Fireman Sam – In ‘Jupiter on the Loose’, the Pontypandy Pioneers visit the fire station, and Norman ends up accidentally driving Jupiter through Pontypandy. Sam races to the rescue!

Lily’s Driftwood Bay – In ‘Stop That Pudding’, Lily puts her newly discovered set of measuring spoons to good use when Nonna takes a tumble and needs a rest, leaving Salty to step in and cook an important pudding.

Bananas In Pyjamas – In ‘Power Cut’, Morgan accidentally causes mayhem in Cuddlestown when he plugs in too many lights and speakers in preparation for Camembert’s birthday party.

Little Princess – In ‘I Want My Treehouse’ Little Princess builds a treehouse, then discovers Algie and Maid are also building one in the tree next door! Soon they are in competition to see who can build the best one.

Bob the Builder – In ‘Lofty Lets Loose’, Bob and his team are building a new giraffe enclosure at the zoo, but Lofty’s excitement about meeting his favourite animal gets the better of him.

Wanda and the Alien – In ‘Starfish’, Wanda and friends help a hermit crab to find his starfish friend who was swept out to sea, aided by a giant whale and some important fish.

Toot the Tiny Tugboat – In ‘Toot’s Funny Side’, Toot arranges a funny No Talent Show to help Paula the Trawler overcome her embarrassment when she makes a mistake.

Toby’s Travelling Circus – In ‘Ribbons and Strings’, Toby is inspired to create a ribbon-and-strings act in the show after witnessing the havoc caused by Momo and Freddo earlier with a yo-yo.

Wissper – In ‘The Slow Slow Loris’ Sonia the slow loris asks Wissper to help her speed up as the chattering monkeys keep taking all the best fruit first. Wissper decides to  enlist the help of Monty the meercat.

Paw Patrol – In ‘Pup Pup Boogie’, Ryder, Chase and Rubble use their dance moves to help repair the tracks before the next train arrives.

To celebrate the release of Milkshake! Fabulous Friends! DVD Abbey Home Media have kindly offered us one copy of the DVD to giveaway to a lucky reader.