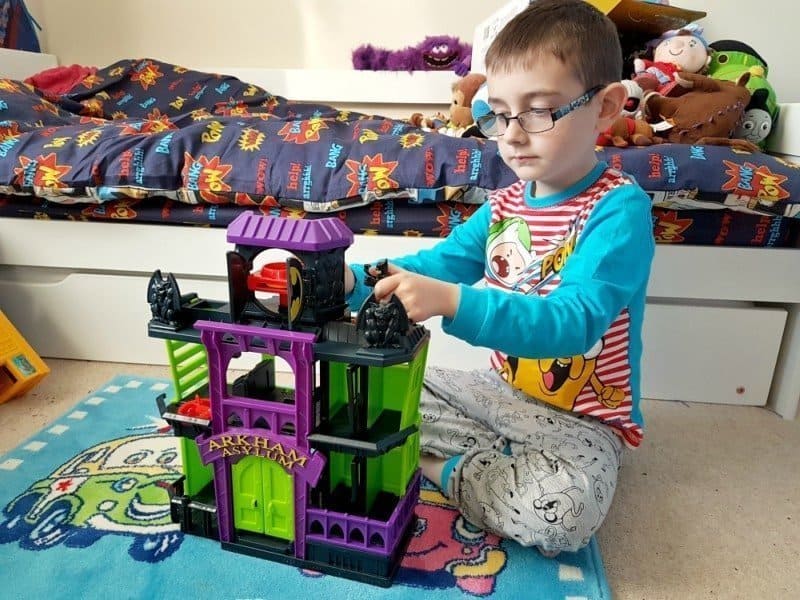 With a new Batman movie at the cinema, it seems to have heightened Tigger’s love for all things DC Comics. With his Imaginext Super-Flight Gotham City playset taking pride of place in the middle of his bedroom floor, I have to dodge the Joker as I attempt to open his curtains in the mornings.

Little superheroes can re-enact scenes from their favourite DC Super Friends adventures and create exciting new stories of their own. In the Imaginext world…anything is possible.

The Imaginext DC Super Friends Arkham Asylum playset is well made and quite robust to withstand the hijinks of Batman, his friends, and his enemies. The two turntable discs move easily which is great for little fingers to be able to interact with the playset.

The playset does only come with one figure, Batman, which is a shame as I would have expected to have at least one villain included so that you could lock them up or blast them away with the projectile discs. Unless your little one already owns an Imaginext playset you may feel the need to purchase an additional figure pack to assist with the playability of the playset. 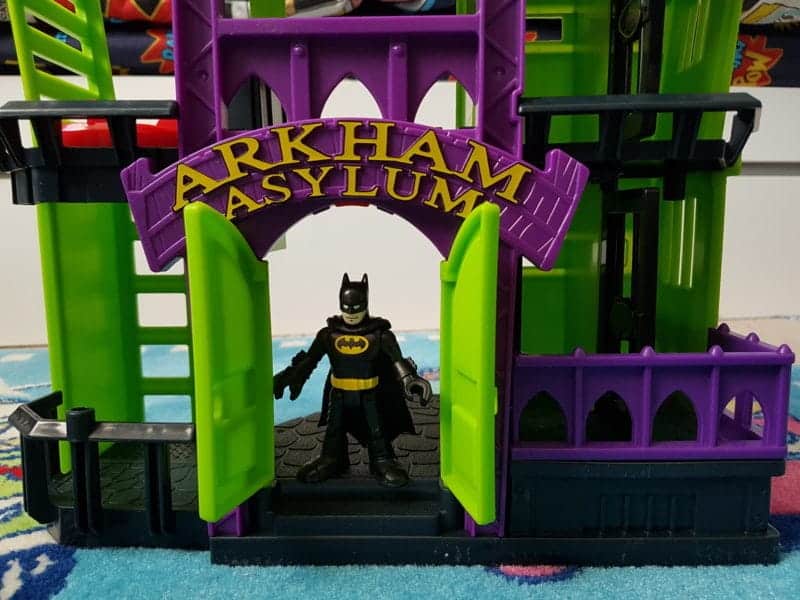 Tigger has really enjoyed adding the Arkham Asylum to his Imaginext DC Super Friends collection. With the Joker, Superman and even a grey version of Batman all being locked up in the cells. Or having to face the firing line whilst he blasts the projectile discs from the top of the playset.

Disclosure: We received an Imaginext DC Super Friends Arkham Asylum FOC for the purpose of review 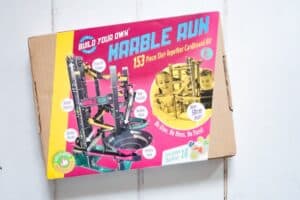 Build Your Own Marble Run

It’s game on this Christmas with 2K