If you are a parent to twins, you know that finding the perfect stroller can be an almost Herculean task. It’s even more important to get the right pushchair when you’ve got more than one child who needs it – a good one will help you get around easily and comfortably.

A bad one, on the other hand, can make a simple trip to the shops a nightmare. It can be awkward and unwieldy, heavy, difficult to fold… there are all manner of ways in which a pushchair can fail you. And when you’ve got twins, it’s more likely to cause you some back pain when you’re pushing them around all day.

That’s why it’s so important to make sure you get the right one from the start. Here are some top tips to help you do just that.

Decide on the Style of Stroller

This should be your first decision: what type do you want? It boils down to a choice between two: a twin or a tandem?

A twin is side-by-side, so your kids will be sitting next to each other. They’re the same length as a single, but they’re very wide – this can be a disadvantage in the supermarket or getting around tight corners. However, they do fold up rather compactly, and tend to be lighter. They do tend to be unsuitable for newborns though, as they won’t fit two reclined seats. Take a look at Cosatto’s Pixelate twin pushchair for a stylish example!

A tandem, on the other hand, is the same width as a single, so they’re better suited to tight spaces. They can usually fit two car seats (perfect for newborns), and tend to have your two little tykes facing each other. This is great for a bit of sibling bonding, but they are normally quite a bit heavier and are still pretty bulky when folded.

Ultimately, it boils down to which style will suit your own lifestyle.

How Much Will You Use It?

This will determine how much you’re willing to spend. Double pushchairs naturally cost more than singles; you don’t want to break the bank so you should figure out how much you want to spend.

If you’ll use it every day, then perhaps a more sturdily-made model would be a wise investment, but if it’ll just be an occasional gig, you can probably get away with a cheaper option.

Decide Which Features You Want

There are loads of different features and accessories for pushchairs and prams out there. You can get everything from reclining seats to iPod docks – pretty crazy, isn’t it?

It might be tempting to go for the pushchair that’s the most stylish, or the one that comes with the most gizmos, but these will usually be the most expensive and might not come with some of the more basic necessities.

Think carefully about what you need, what you want, and what is irrelevant. Food trays can come in surprisingly handy, and you should definitely invest in a rain cover, and a foot muff for warmth.

Disclosure: This post is brought to you from Cosatto 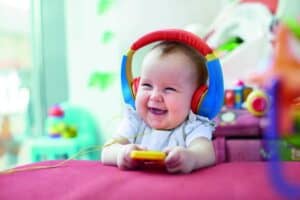 The Sound of Happy 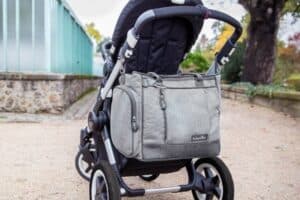 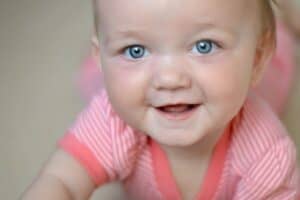