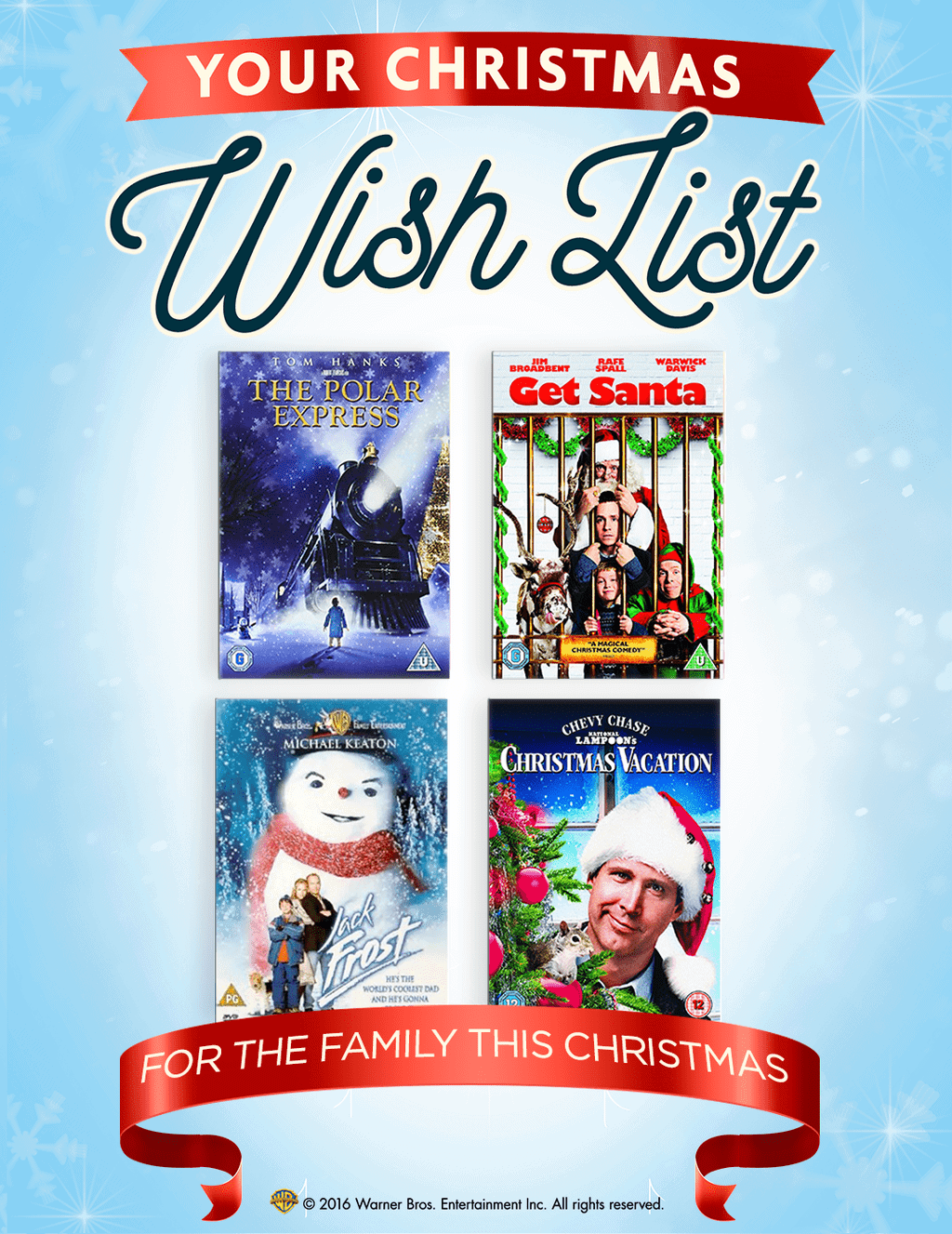 One of the things that we look forward to as a family as Christmas approaches, is getting to watch Christmas films. As soon as Halloween is out of the way we will sneak in a Christmas movie or two into November, but once December hits we gather all the Christmas titles from the bookcase.

Mixing both old and new Christmas films into our festive viewing, we try to make the most of all the magical Christmas movies before we have to put them away again – Although we have been known to watch the Polar Express in the middle of the summer.

Christmas Films ‘For The Family’

Take a look at four Christmas films for the family…

The Polar Express, an inspiring adventure based on the beloved children’s book by Chris Van Allsburg. Late on Christmas Eve night, a boy (Daryl Sabara) lies in bed hoping to hear the sound of reindeer bells from Santa’s sleigh. When to his surprise, a steam engine’s roar and whistle can be heard outside his window. The conductor (Hanks) invites him on board to take an extraordinary journey to the North Pole with many other pajama-clad children. There, he receives an extraordinary gift only those who still believe in Santa can experience.

Festive comedy starring Jim Broadbent, Rafe Spall and Warwick Davis. When nine-year-old Tom (Kit Connor) discovers that Santa Claus (Broadbent) has crashed his sleigh into his parent’s garden shed he tries to get his dad Steve (Spall) to help him get Santa home to Lapland in time for Christmas. There is just one problem: Santa’s reindeer have escaped and are running wild through the streets of London.

Disaster-prone dad (Chevy Chase) discovers just how dangerous the Christmas season really is as the Griswolds’ old-fashioned holiday celebration turns out to be more “Bah! Humbug!” than Christmas cheer. Chase is right at home with the outrageous slapstick and often cheerfully tasteless humour.

Aspiring rock singer Jack Frost  has been struggling for years to make it big, often missing out on time with wife Gabby and son Charlie along the way. While driving to a music mogul’s party one wintry evening, Jack realizes that his family is more important than his career, and turns his car around – only to plunge to his death when he swerves off the road in a blizzard! One year on, an angry and depressed Charlie is still mourning for his father. Deciding to make a snowman in the garden (one of the few activities Jack always found time for), Charlie gives it his dad’s old scarf – only for the snowman to come to life as a reincarnated Jack. Determined to compensate for the mistakes he made in his lifetime, the new, snow-based Jack sets out to be the kind of father Charlie always wanted.

The Christmas films ‘For The Family’ can be purchased here: http://hmv.co/W3cXHg

Pop over to our Twitter account where we are hosting a retweet giveaway for a set of For The Family #WBChristmas DVD bundle. Be quick, it ends on 18th December 2016 @ 23.59pm

Disclosure: We have received a selection of #WBChristmas films FOC for the purpose of review