It’s no secret that kids like to ask the question ‘why’, but just how much? New research reveals that curious kids in the UK ask their parents 22,174 questions during their school years – more than half of which are science or engineering related (53%).

Nearly two-thirds of parents believe curiosity is key to intelligence (59%) and a successful career (58%). However, children appear to be asking stretching questions. Mums and dads are unable to answer a third of children’s questions (33%) and  just under one in 20 (4%) can answer all of their questions

The majority of parents tell their kids to Google (69%) the solutions rather than suggesting more traditional options such as asking grandparents (14%), their partners (24%) or their children’s teachers (15%).

Nearly two thirds (58%) of parents feel proud of their children for asking questions but, when stumped, just over one in 20 (6%) make up an answer and hope it’s right, whilst almost one in five (18%) tell their child that they’ll enlighten them later and, in the meantime, look it up themselves.

Chocolate Bar of the Future

The Institution of Engineering and Technology (The IET) have partnered up with Mondelēz International to launch a competition for kids to engineer the ‘Chocolate Bar of the Future’. The competition aims to engage kids in the joy of engineering and innovation while nurturing their curiosity through the medium of chocolate.

The #ISeeMore competition challenges 8-16 year olds to use their engineering acumen to design a chocolate bar of the future. The winner will see their design created as a one-off prototype alongside chocolate experts and hear from a real life engineer at the Bournville Factory**, where some of the nation’s favourite chocolate bars are produced. The winner will also receive a trip to Cadbury World and an iPad mini. Ten runners-up will win family tickets to Cadbury World.

The #ISeeMore competition aims to inspire the next generation of engineers by showing what an exciting, diverse and creative career engineering can be through the medium of chocolate. It encourages young people to literally ‘See More’ through uncovering the role of engineering in brands and items that feature heavily in their lives.

The winner will receive an all-expenses paid trip to the Bournville Factory in Birmingham to engineer their winning design alongside chocolate experts and hear from a real-life engineer, plus a trip to Cadbury World, and an iPad Mini.

Ten runners up will win a family ticket to Cadbury World. 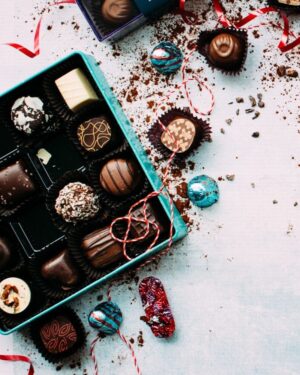 Have you had your ‘good’ chocolate today? 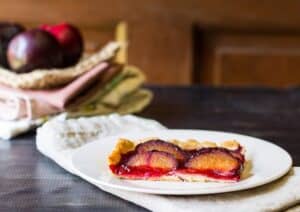 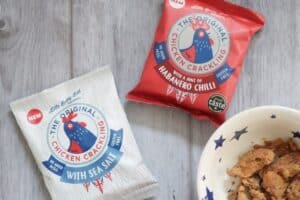 This website uses cookies to improve your experience while you navigate through the website. Out of these, the cookies that are categorized as necessary are stored on your browser as they are essential for the working of basic functionalities of the website. We also use third-party cookies that help us analyze and understand how you use this website. These cookies will be stored in your browser only with your consent. You also have the option to opt-out of these cookies. But opting out of some of these cookies may affect your browsing experience.
Necessary Always Enabled
Necessary cookies are absolutely essential for the website to function properly. These cookies ensure basic functionalities and security features of the website, anonymously.
Functional
Functional cookies help to perform certain functionalities like sharing the content of the website on social media platforms, collect feedbacks, and other third-party features.
Performance
Performance cookies are used to understand and analyze the key performance indexes of the website which helps in delivering a better user experience for the visitors.
Analytics
Analytical cookies are used to understand how visitors interact with the website. These cookies help provide information on metrics the number of visitors, bounce rate, traffic source, etc.
Advertisement
Advertisement cookies are used to provide visitors with relevant ads and marketing campaigns. These cookies track visitors across websites and collect information to provide customized ads.
Others
Other uncategorized cookies are those that are being analyzed and have not been classified into a category as yet.
SAVE & ACCEPT
26 shares