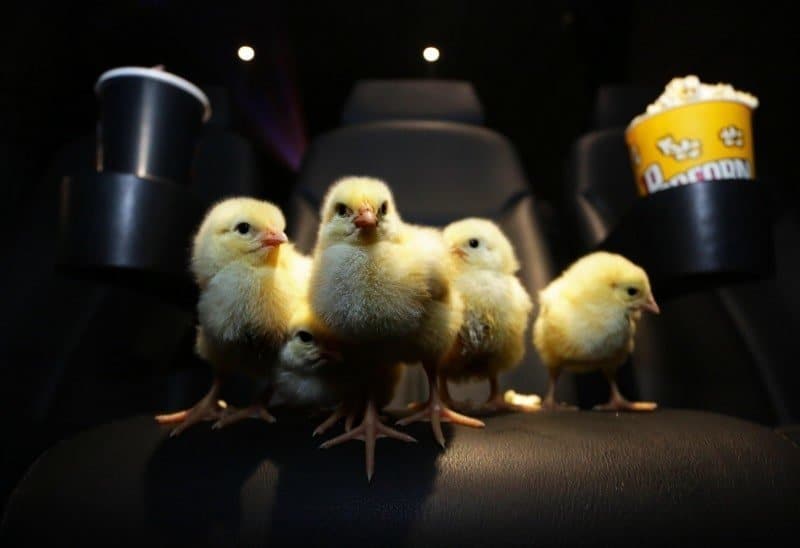 If you’re in a flap as to what to do over Easter then ODEON can help put a feather in your cap and wing your way to looking like a film buff as the cinema chain enlisted chick-critics and Easter bunnies to review the eggs-cellent selection of latest blockbusters.

In a move bound to ruffle the feathers of some film critics, ODEON brought the traditions of Easter to life by inviting 20 chicks and three Easter bunnies to its iconic Leicester Square studios to view the latest film trailers. To ensure there was no fowl play, an animal expert was on hand to monitor the animals’ reactions to films including Fast & Furious 7, Cinderella and Big Hero 6.

The results found the likes of The SpongeBob Movie: Sponge Out of Water, Home and Big Hero 6 to be the most enjoyable films for the animals – who were found to react well to films with bright colours, fun and jovial soundtracks & films without particularly loud or sharp noises.

“ODEON has been entertaining the nation for nearly 85 years so with Easter around the corner, we wanted to test the new blockbuster releases on the nations’ favourite Easter animals too. We’re really excited about the new films available this Easter and it’s been interesting to see how our team of flappable and fluffy critics reacted to the latest blockbusters.” 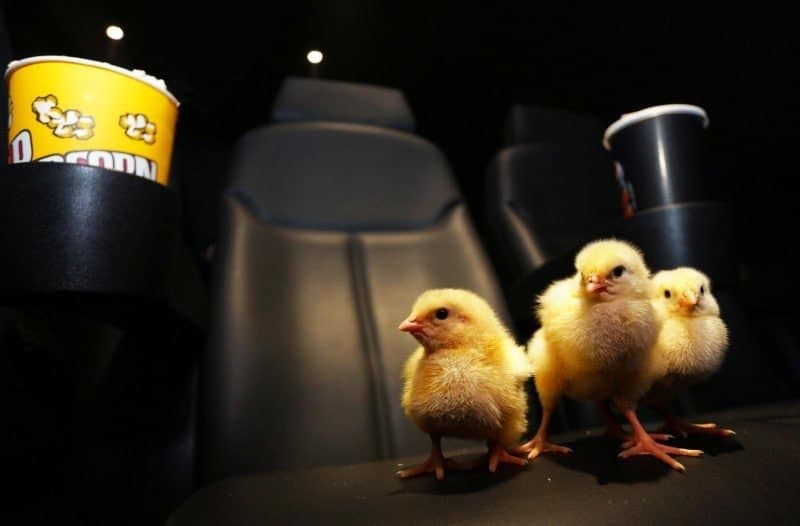 “It was fascinating to see the chicks and bunnies reacting to light and movement and displaying a range of behaviour. The chicks showed their inherited ability to display happy chirps and engage with each other. It was interesting to see the boldest chicks leading the way, deciding it was a safe environment and then standing upright with their feathers elevated – once they started cheeping, the rest soon followed and ran around happily, engaging with each other noisily. Overall, The SpongeBob Movie: Sponge Out of Water was the film they liked the most and showed the biggest happy response to.”

View the reactions of the Easter chicks and bunnies watching Cinderella…

ODEON will be releasing six chick and bunny review videos on their Facebook page (www.facebook.com/ODEON) in the lead up to Easter.

Disclosure: We have received ODEON cinema tickets FOC for sharing this post