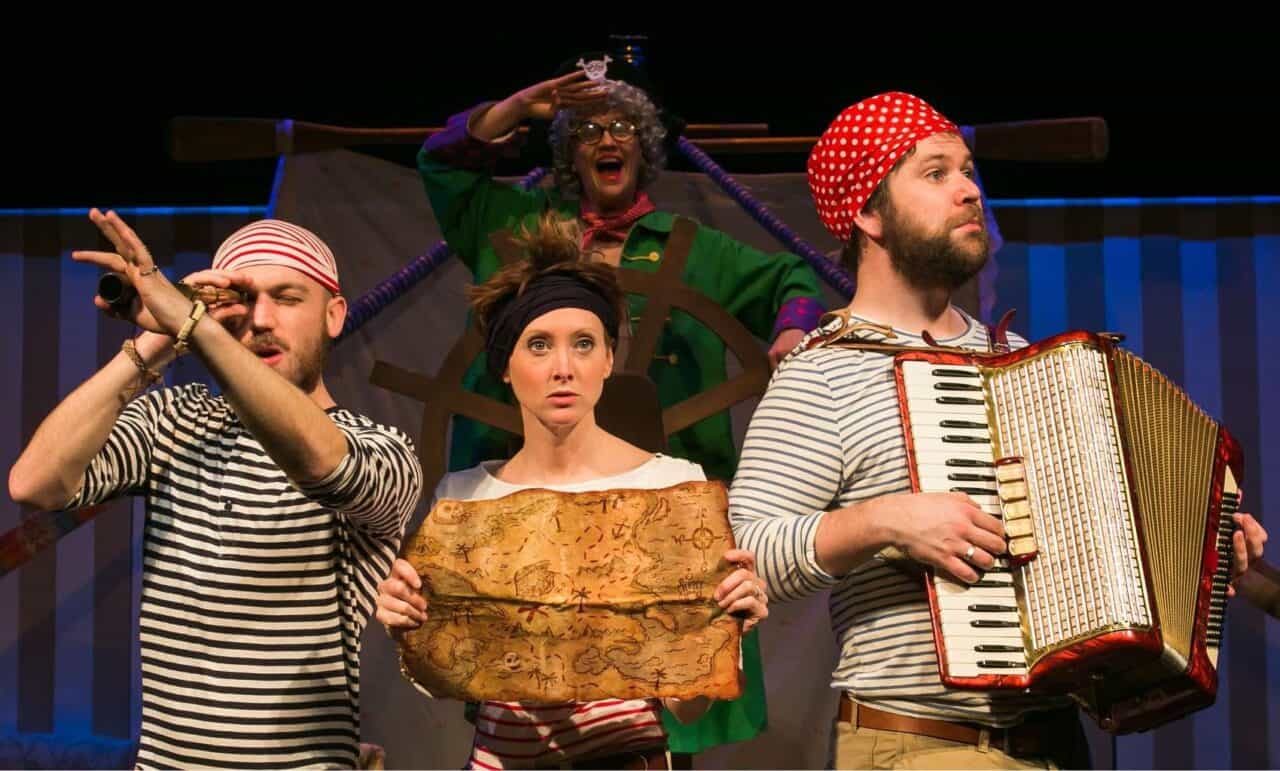 At the weekend the Boo Roo and Tigger Too household sent sail on a pirate adventure (well a train really but it doesn’t sound half as good), that involved a trip to London. Setting foot into the historic Greenwich Theatre we were treated to a late afternoon filled with a Gran, pirates, fun and games as well as a crocodile!

She bakes. She knits. You’d never guess she was a Pirate! 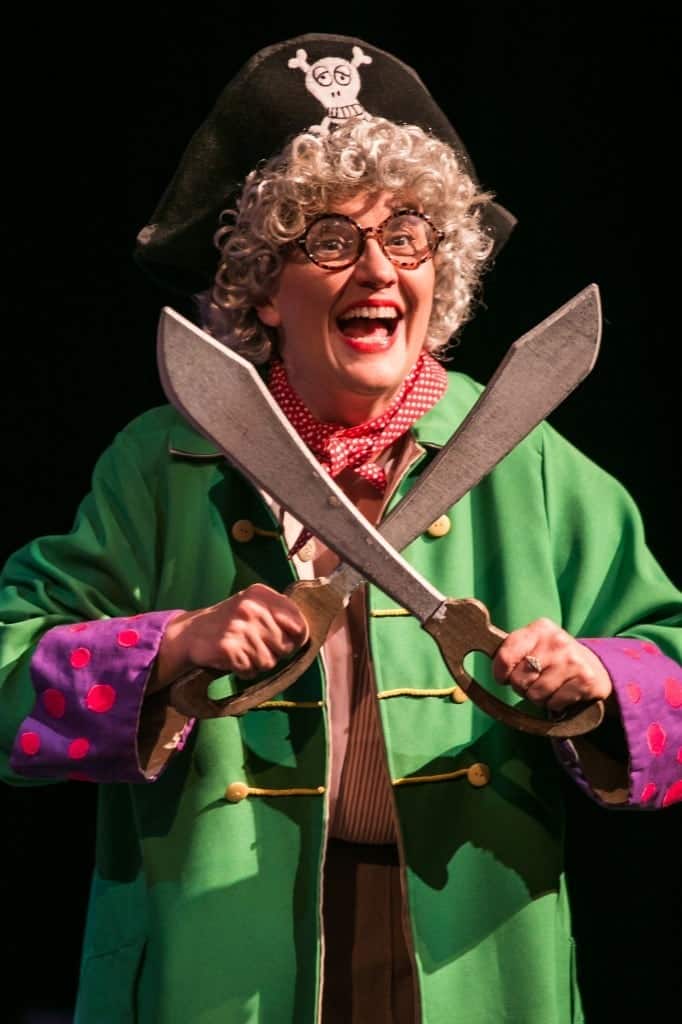 [box] Pirating isn’t the life for everyone, but Gran says if you don’t mind sleeping in a hammock and being called Scary Mary, then it’s a career more girls should think about.[/box]

With a pet crocodile under her bed, a wicked sense of humour and a whole raft of adventures under her belt, time with Gran is never dull! Join Gran and the rest of her crew for a magical and swashbuckling show that promises to be an absolute treat for seafaring children aged 3+ and their shipmates of all ages!

After persuading Pirate Gran to come along to the annual Pirate Games the shipmates transform the set from a cosy living room to Pirate ship in front of the audiences eyes. It was amazing to see the different pieces transformed and then watching them set sail. 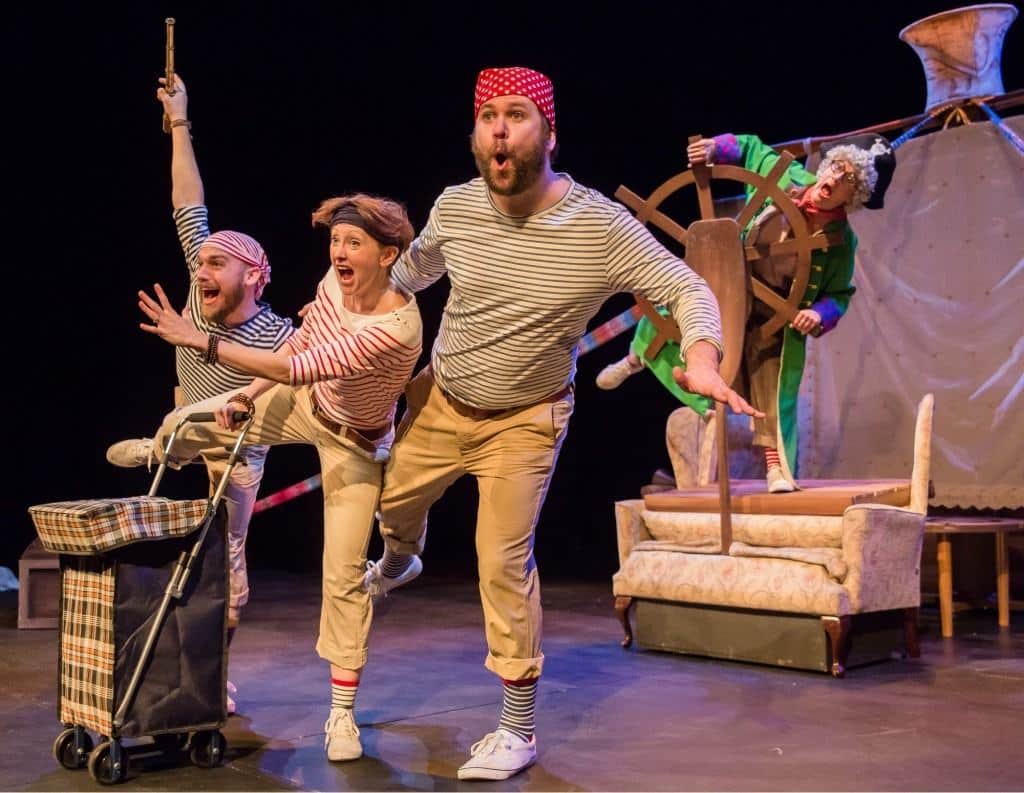 Don’t be fooled into thinking that this show is just aimed at children, it will have adults roaring with laughter too. I was sat next to an older couple who came on their own and they loved the performance.

By far the funniest moment for Tigger has to be Pirate Gran has to shoot the parrots as part of the Pirate Games. He was giggling so much I thought he was going to fall off his chair. With one of the pirates dashing into the audience with a parrot landing on the head of a guest Tigger was shouting ‘Look Mummy, look!’. 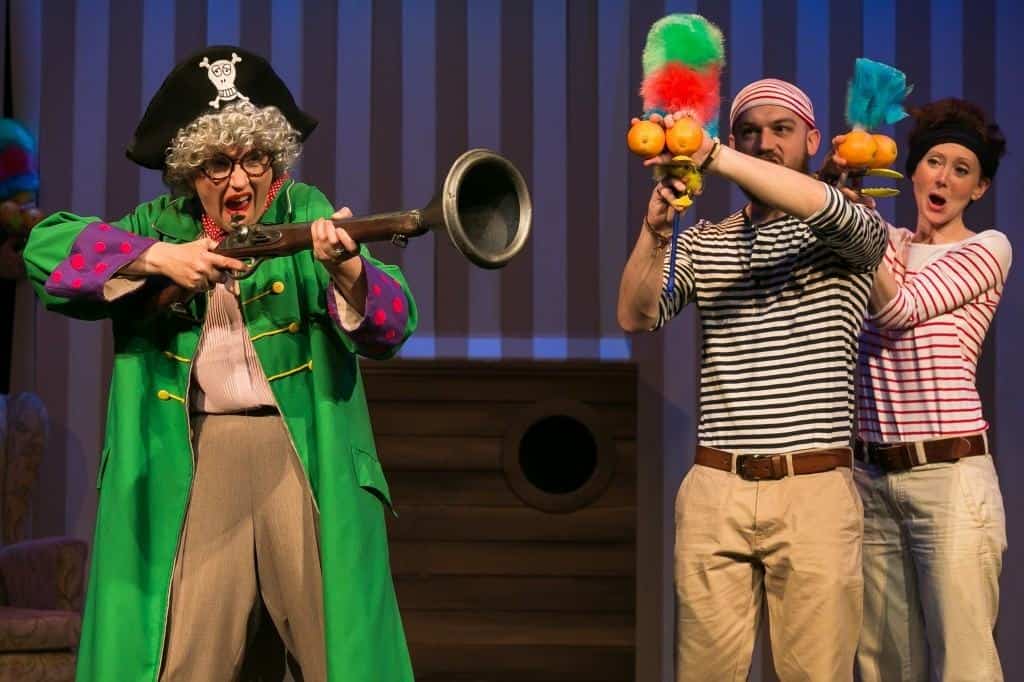 Pirate Gran is currently touring the UK, please check out the Scamp Theatre website for further details on dates and venues.

Disclosure: We received a family ticket for Pirate Gran FOC for the purpose of review.