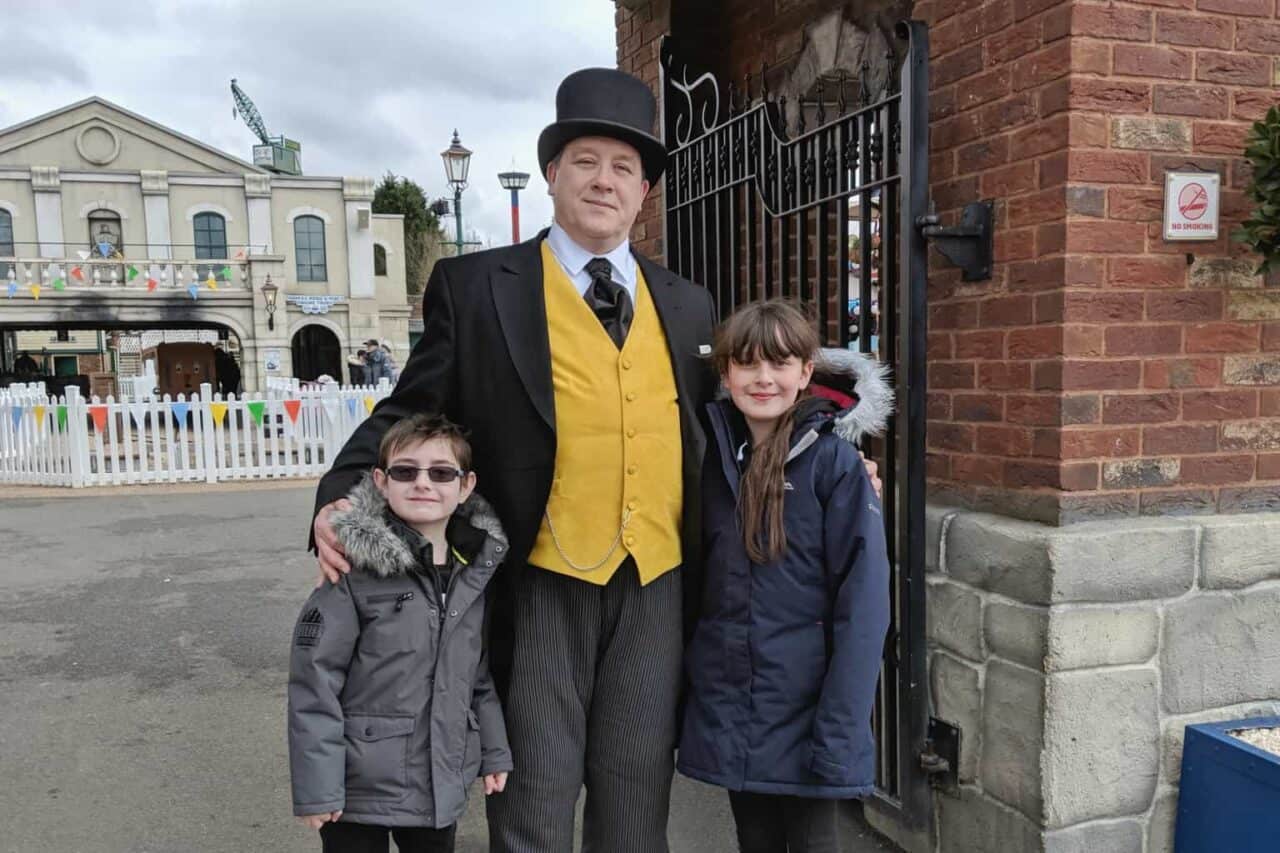 As much as I would love to tell you all that I am one of those parents who is always saying yes to their children. The ones who happily bring out the crafts, pop in the kitchen to whip up a batch of cupcakes or head out to the park on a whim – I’m not. I’m really not. I am the type of parent who says no or not right now far too often to my children. Preoccupied with chores, the demands of juggling the needs of three children and working alongside.

Drayton Manor who holds a special place in our hearts reached out to me and challenged me to a day of saying yes to the children. Starting with taking a trip to Drayton Manor and letting the children take the lead for the day.

When it comes to taking a family day out we tend to prepare the children that we might not be able to go on all the rides. That we might not be able to stay until it closes etc. This visit was different in that they were in control so as we entered the park we asked them where they wanted to go first. Spotting the Fat Controller by Thomas Land they asked if we could grab a snapshot (they know how much I love to record our visits with a photo with the of the big man).

Photos and greetings out of the way it was straight into Thomas Land for some rides. With the queues only one ride deep the children were able to work their way around the rides of choice quite quickly. Sad to see that Toby was out of action (although I was quite pleased as I had a feeling they’d want me to go on it as I’ve always said no in the past).

With the park fairly quiet, Piglet was happy to be running around out of the pushchair. Exploring all the different interactive features whilst Roo and Tigger attempted the bigger rides she was unable to access. 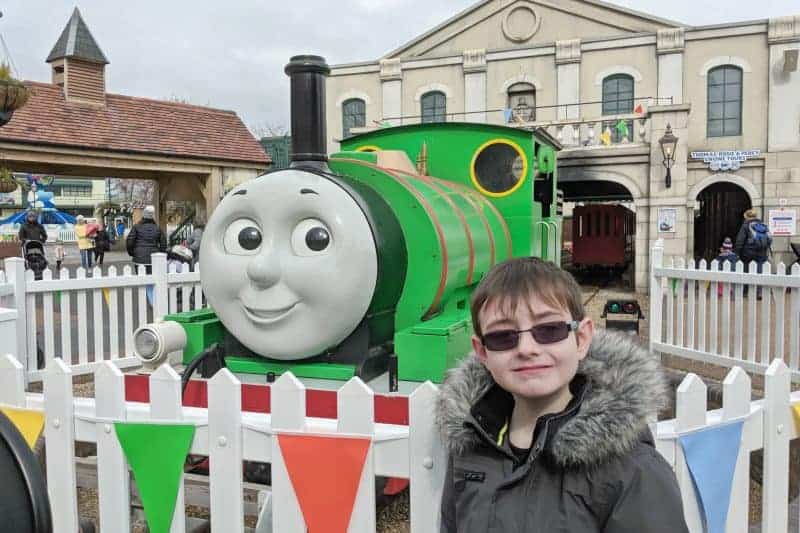 Drayton Manor is somewhere where we have visited since Roo was Piglet’s age so over the years we have developed a route around the park. Which the children seemed content to follow, with the older ones enjoying Cranky I took the opportunity to take Piglet over to the Lady Carousel. Loving the ride so much we ended up doing it three times in a row before she spotted the Sodor Classic Cars and opted for a drive around the farm instead.

After a spot of lunch, we took a walk through the Drayton Manor Zoo which has seen quite a number of updates since our last visit. The meerkats and red pandas were the favourites of the day. Although we are looking forward to seeing the new penguin enclosure when this opens (possibly later in the year – we couldn’t see a date to be 100% sure). 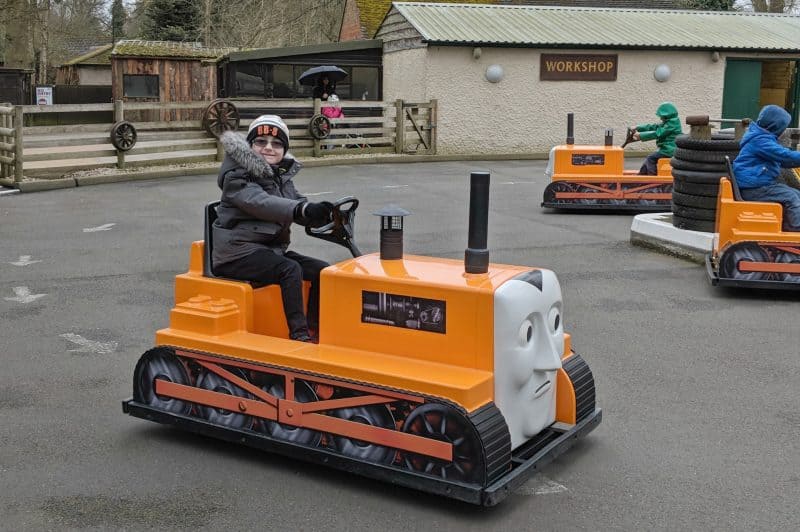 With Drayton Manor just beginning the new season they are still updating a number of things around the park. Spencer’s play adventure being one of them, which the children were disappointed about not getting to play on the park. With Piglet spotting the ducks and flamingoes ahead they didn’t get to dwell on the lack of park play.

A driving lesson for Tigger, although Roo wasn’t impressed that she is now too tall to have a go (sorry not even a Yes Day can fix this one). It did mean that she got to play with Piglet on the toddlers play park – even if it was just supervising the wild one!

Before we knew it we were heading back to Thomas Land onboard Thomas, Annie and Clarabel. Although there was still time for Roo to get Mr. Boo to jump on the ‘big’ rides over in the main Drayton Manor Park. Whilst Tigger opted for a few more rides on Bertie Bus, the mini pirate ships and we even caught another Thomas Land show.

Whilst family life is such that a yes day every day is not possible. I can see the benefits for both the children and myself as a parent. It allows the children to hold the reins for the day, to understand that they can have as much fun as they want. It also allows me to forget being an adult for a day (within reason), see the world through my children’s eyes and have fun.

I’m not sure who was more tired at the end of the day but so, so much fun! 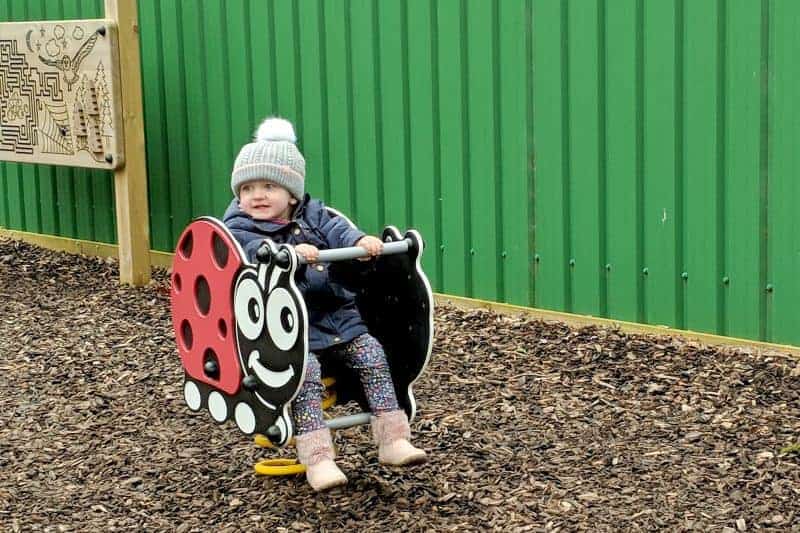 EGGS-Ellent Easter celebrations between Wednesday 28th March and Sunday 15th April, Drayton Manor Park is the perfect choice for your ‘Yes Day’. If your children want to climb aboard and experience the action-packed roller coaster adventure, Accelerator, five times over, join Jeremy Jet at his very own flying academy, or hop in one of James’ Red Balloons, just say yes!

You can also say yes to taking part in Drayton Manor Park’s Easter Egg Trail, and little ones will be pleased to know there’s a chocolate treat in it for them that they can snack on while watching the new film, Ice Age: No Time For Nuts, at the attraction’s 4D cinema. 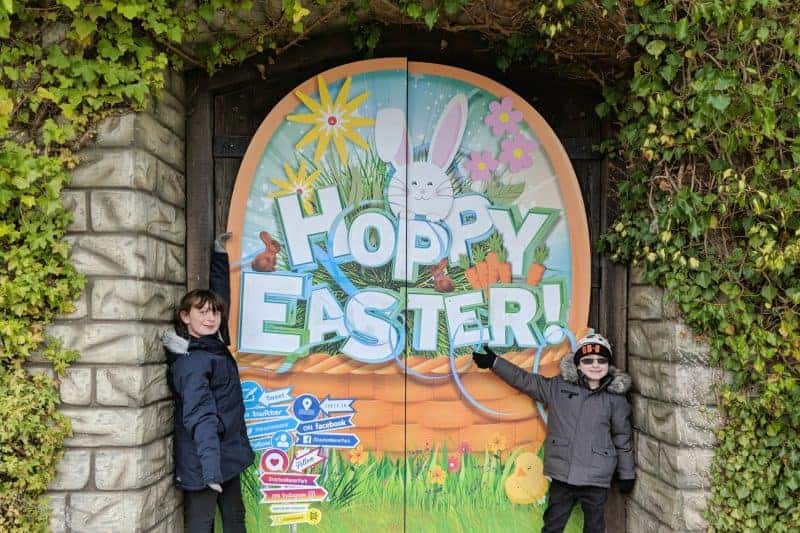 Drayton Manor // How to book tickets

To book tickets, or for more information about the park, visit www.draytonmanor.co.uk or call 0844 472 1950

Disclosure: We received complimentary entry to Drayton Manor in order to take part in our very own Yes Day

How we made the most of our Drayton Manor Season Pass 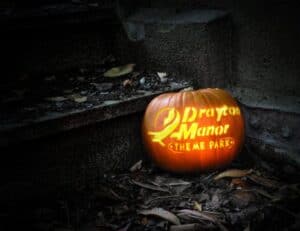