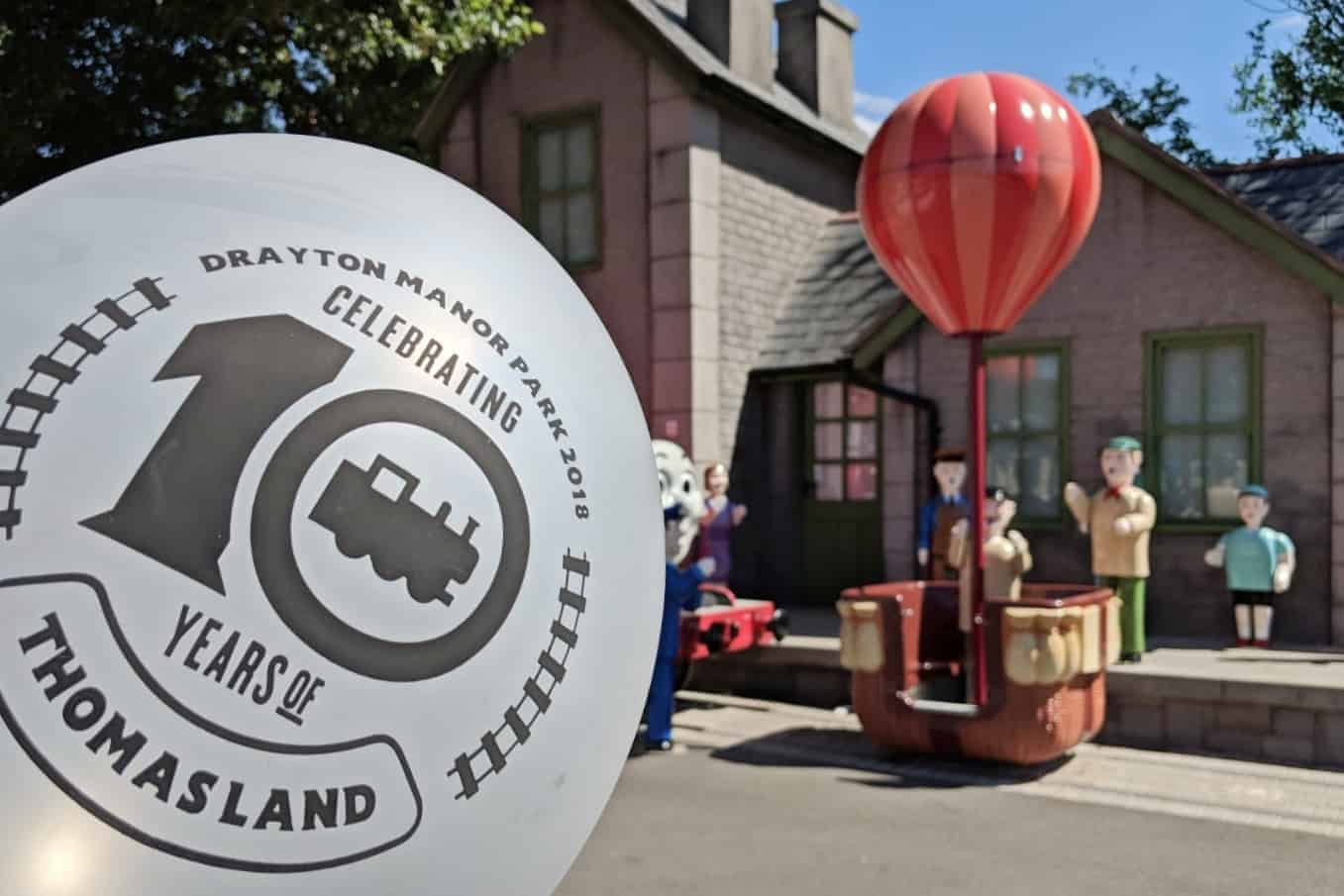 As Roo approached her second birthday we heard about Thomas Land that had just opened at Drayton Manor theme park. With Thomas the tank engine part of both mine and Mr Boo’s childhoods, we knew that we had to take Roo one day.

The following summer we jumped in the car and drive over to Drayton Manor to discover Thomas Land. That was nine years ago. With each passing year we have returned at least once but more often it has been multiple visits throughout the year. 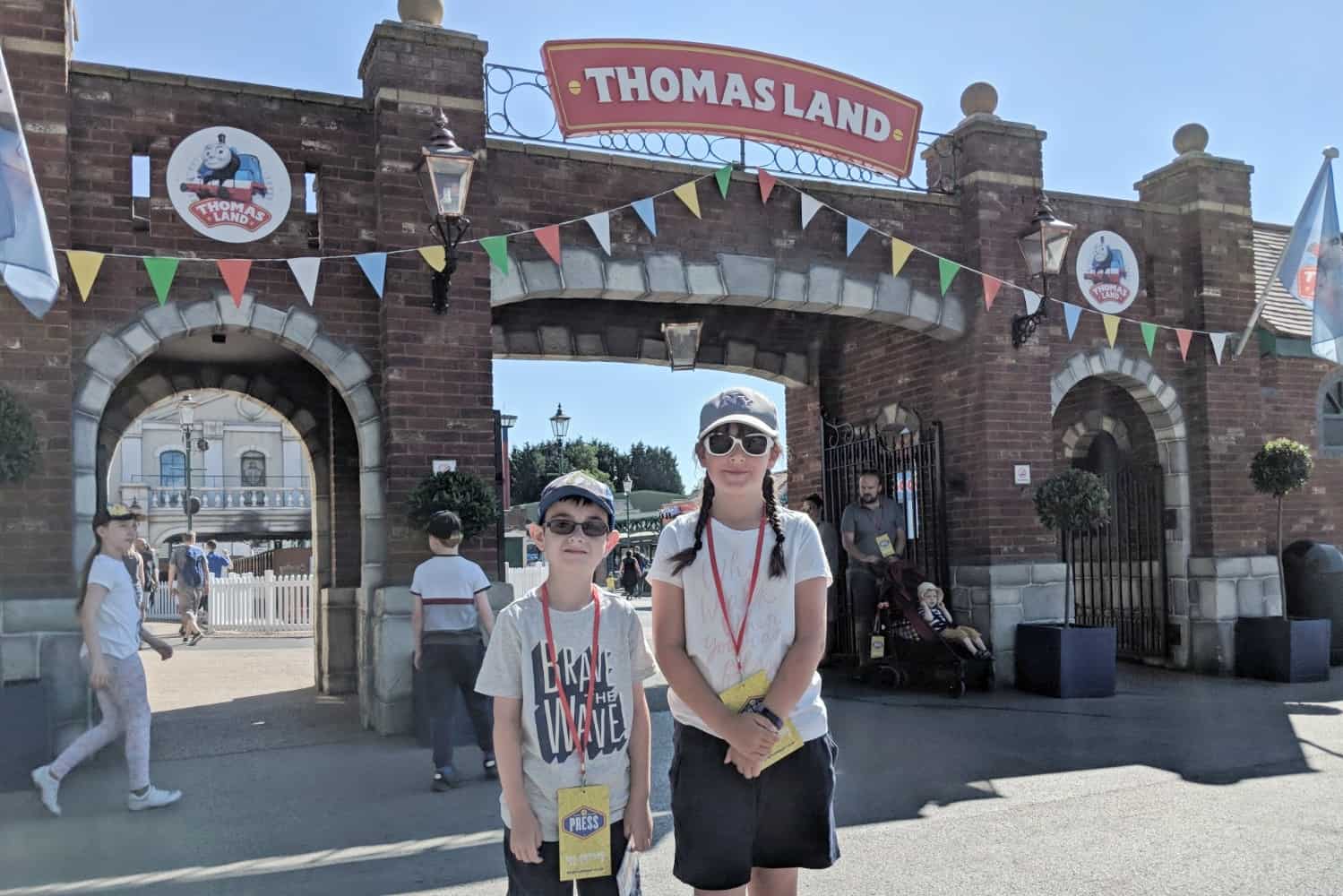 This year marks ten years since Drayton Manor opened its doors (and hearts) to Thomas and friends fans young and old. From the moment people enter the gates to the Island of Sodor, set in the heart of Drayton Manor Park, visitors of all ages are completely immersed in the world of Thomas & Friends, based on the much-loved children’s television series.

Since its launch ten years ago, Drayton Manor Park invested a further £2.5 million in Thomas Land and introduced Blue Mountain Engines in 2011, Winston’s Whistle-Stop Tours in 2013, Captain’s Sea Adventure, Flynn’s Fire Rescue and Toby’s Tram Express in 2015. One year ago, Thomas Land also welcomed the highly anticipated James and the Red Balloon in 2017. 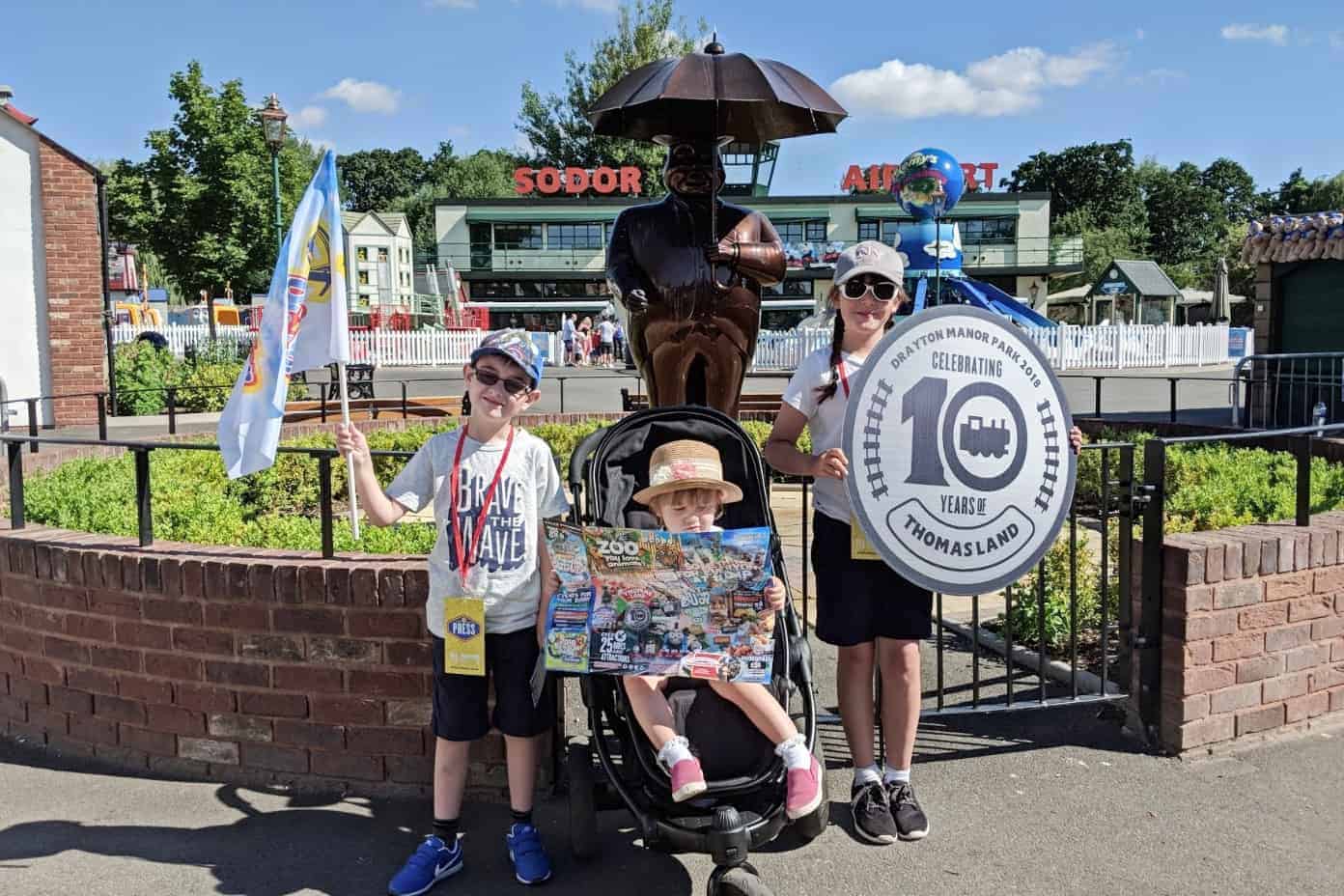 Given our love of Thomas Land and Drayton Manor, we were thrilled to invited along to join in with the 10th anniversary celebrations. Sir Topham Hat (or the Fat Controller as he’ll forever be known to me) was on hand to welcome guests into the park and of course, pose for a photo or two. 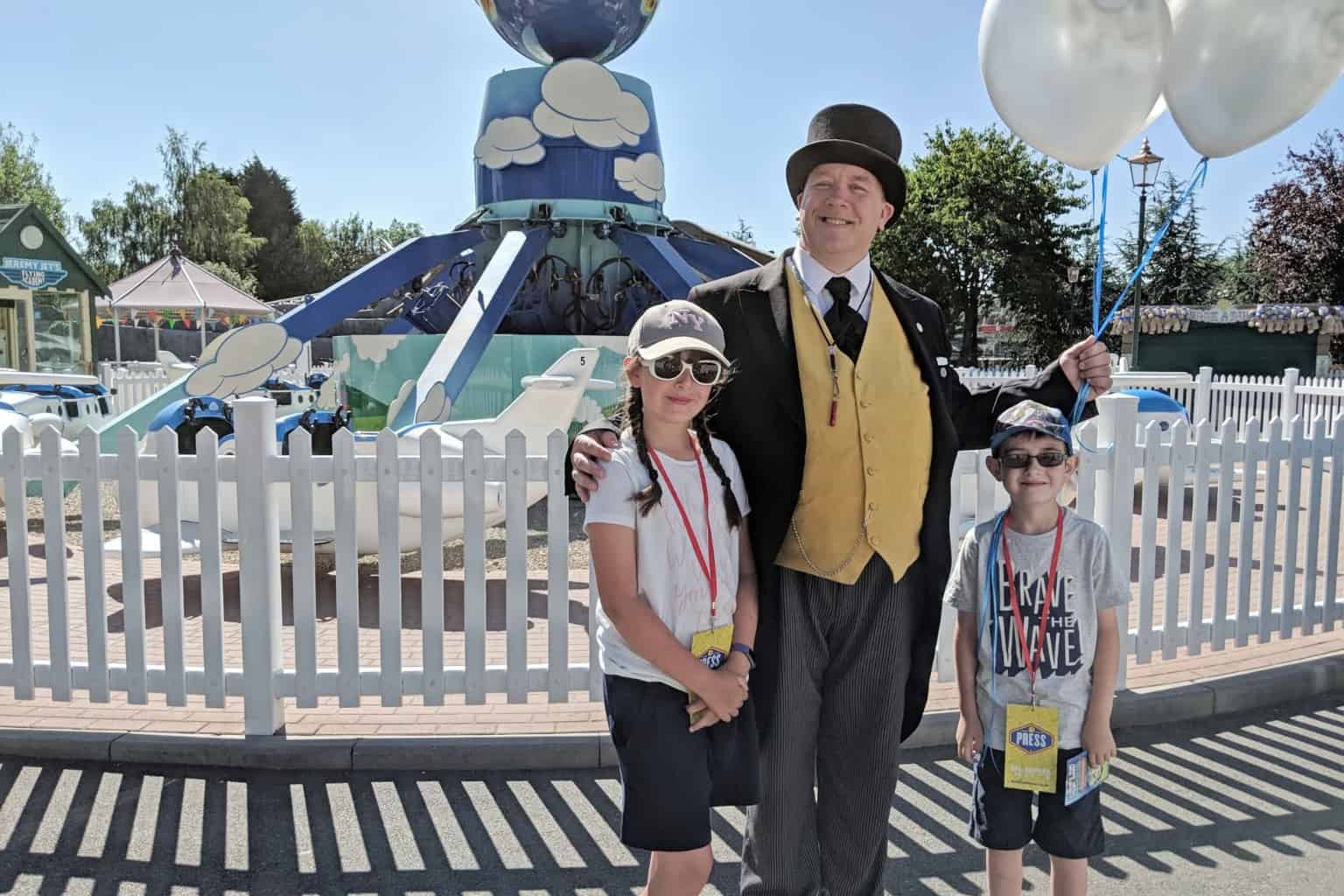 Whilst the children were enjoying the rides I took time to sit by the bandstand and indulge in a spot of people watching. Looking around and seeing the faces of children excited for each of the rides they were about to enjoy. With parents taking photos of the engines, the decorations and that all-important ‘child on ride’ shots too.

One of the questions I am often asked is why we keep going back to Drayton Manor and Thomas Land. For us it is quite a simple answer, we all enjoy it. There are rides for all the children to enjoy, there is a zoo for us to wander through when we need to slow the pace down a little. There are trains to ride on (who doesn’t enjoy the novelty of that) and the doughnuts in the Sodor Airport are amazing!

Thinking of taking a trip to Thomas Land at Drayton Manor? Then head over to their website to book your tickets to ensure you get the best price available – www.draytonmanor.co.uk 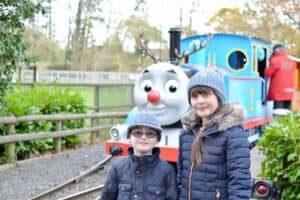 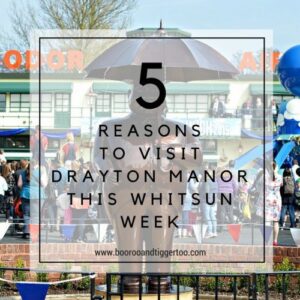