The expansion is accessed through the are where Jeremy Jet’s Flying Academy  previously stood (don’t worry it hasn’t gone just relocated into the expansion). You are welcomed into the Thomas Land™ expansion by an impressive Fat Controller water statue which will keep the children entertained running in and out of the falling water as well as cooling them down on warm days.

Walking into the new area it immediately feels open and able to accommodate lots of young and old Thomas & Friends fans. The Sodor Airport building is the focal point as you make your way into the expansion before your eyes are drawn to the mixture of new and old Thomas Land™ rides.

The Blue Mountain Engines is one Tigger’s favourite rides, those narrow gauge engines hold a special place in his heart.

One of the new ride additions to Thomas Land™ is Captain’s Sea Adventure – a wonderful water ride that is sure to cause a splash between children and adults alike.

Another one of the new Thomas Land™ expansion rides which offers a riders who are happy to get a little wet the opportunity to stand in the back of Flynn’s fire engine, raising up and down as you go round spraying water into holes within the tower. Riders who aren’t so keen on getting wet can take a ride driving Flynn around the tower, perfect for little riders.

Tigger doesn’t like to get splashed so was quite happy to sit in the front of Flynn and driving him around the tower as Mr Boo and Roo tackled the water cannons above, going up and down the ladders attempting to get the water within the holes in the tower.

A Thomas Land™ favourite has relocated from its previous stand to a new pride of place in front of the Sodor Airport. Pressing the button to rise high up in the air or let go to descend back down – Jet off with Jeremy on a 360 degree ride up and around the Thomas Land™ expansion, taking in all the views of the new rides, peering out over the rest of Thomas Land™.

A firm family favourite, one that we have been on time and time again. Whilst the children are busy raising and lowering Jeremy we are able to take in the views of the park.

The final of the new Thomas Land™ rides is the Toby’s Tram Express, which at first glance looks like a calm ride to hop upon, however Toby is anything but calm. Take a trip with Toby or should I say a spin as he goes up in the air, spins around and twists forwards and backwards (please take a look at my video below for a better idea). Children will think it is wonderful, adults might suddenly feel old and decide that their stomachs can’t handle it.

Not feeling up to the challenge I politely offered to film Mr Boo, Roo and Tigger’s experience on Toby’s Tram Express. Watching them twist up and down I was quit pleased I wasn’t on it, they however came off full of enthusiasm for it – declaring it the firm favourite of all the new rides!

The addition of the Sodor Airport not only looks impressive but provides a much welcomed cafe area serving hot and cold drinks, sandwiches and baguette’s and kid’s meal boxes as well as some of the most wonderful cakes (you must try one of their chocolate eclairs).

Later this summer there will be some Thomas themed rooms available to hire for parties, get together’s and hey even meetings (how cool would it be to hold a meeting in a Thomas theme room?)

Drayton Manor have given some thought about how the area will be used and by adding large, spacious toilet facilities it makes them accessible by families of all ages.

Walking Thomas Land™ isn’t all about great rides it is about the experience, so the addition of a bandstand where the brass band will play plus appearances by the Fat Controller, the thin controller and other Thomas Land™ favourites.

The Victorian fairground rides offer that element of all the fun of the fair with hook-a-duck, coconut shy, ring-toss and knocking the teeth down within a bully. Tigger had a go at these fairground rides and I was surprised at just how good his aim was (although he was getting closer and closer each time).

As a family we love visiting Thomas Land™, the park has that family fell to it without being commercialised and feeling like they are looking for us to spend addition money every five minutes. The addition of the Thomas Land™ expansion has increased both Roo and Tigger’s love of the park with old and new rides being made welcome in the new area.

Have I whet your appetite for the new Thomas Land™ expansion? What are you waiting for book your tickets today so that you can enjoy all that Thomas Land™ and Drayton Manor has to offer – draytonmanor.co.uk

Disclosure: We received entry to Thomas Land™ and Drayton Manor FOC for the purpose of review 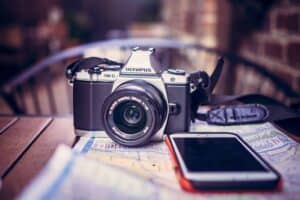 Discovering Belfast with the Kids