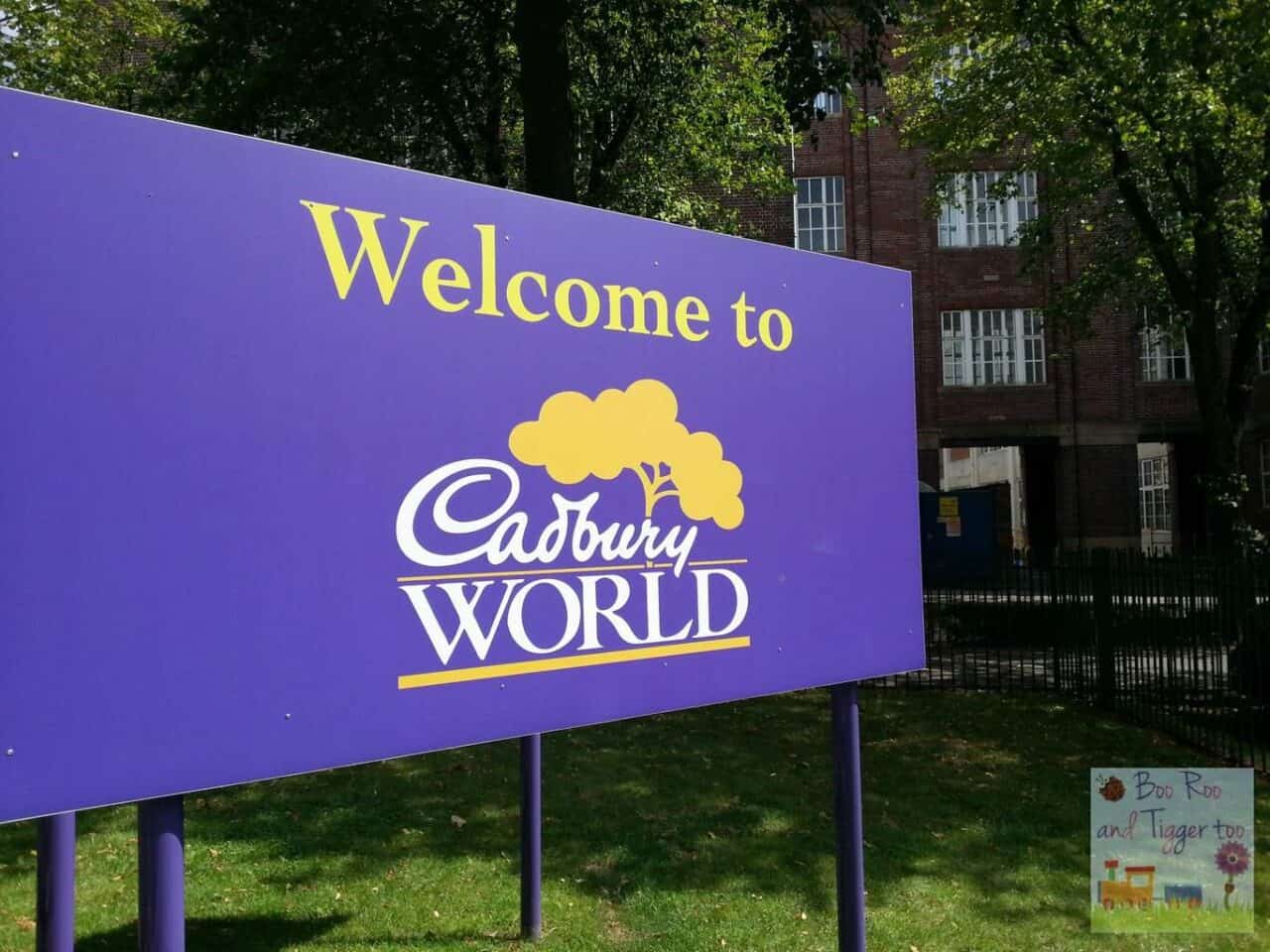 Earlier this month we were lucky enough to be invited to undertake the Cadbury World tour, which we were more than a little bit excited to visit. As we had been to Alton Towers & CBeebies Land the day before we opted to stay locally in a hotel to make sure we were ready for our 9.30am tour time slot. After collecting our tickets and waiting in line to enter the tour we were finally within touching distance, we handed over our tickets and were surprised to handed a bar of chocolate each (it seemed rude to refuse).

The tour is split into 14 different sections with the first being about the origins of the cocoa bean, it’s arrival in Europe and how it became the drink of choice for high society. The tour moves on to the story of John Cadbury who started with a little shop in Bull Street, his cocoa drink soon became an alternative to alcohol. Moving to a bigger store, his sons Richard and George taking over the company reigns and eventually moving to a factory in a garden, which is now known as Bournville. 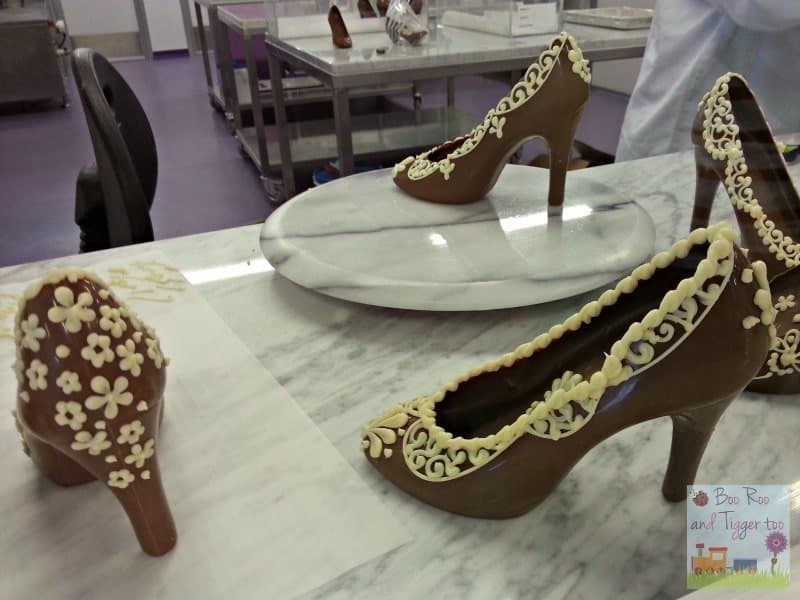 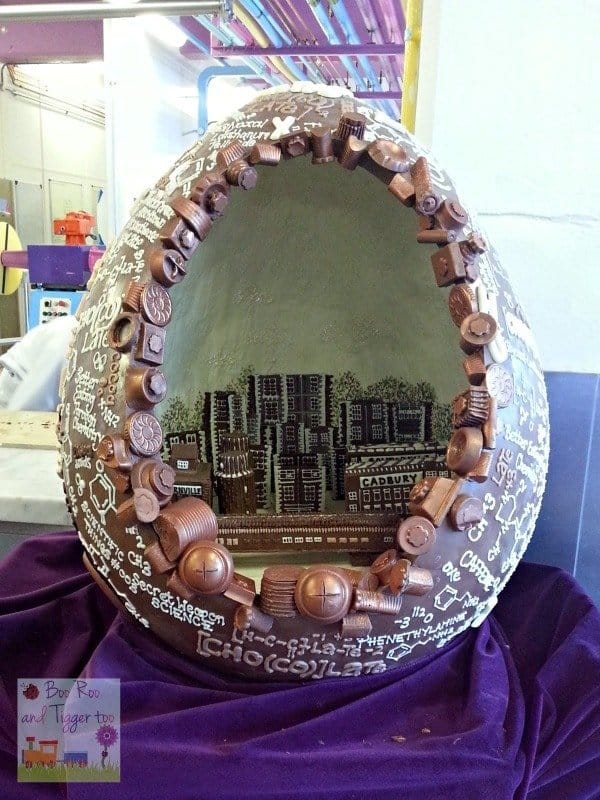 Down the advertising avenue you are treated to a blast from the past with a showcase of various advertising campaigns that Cadbury have used.

Do you remember the Gorilla playing the drums?

Or the two kids who sit straight faced and wiggle their eyebrows?

What about this one? 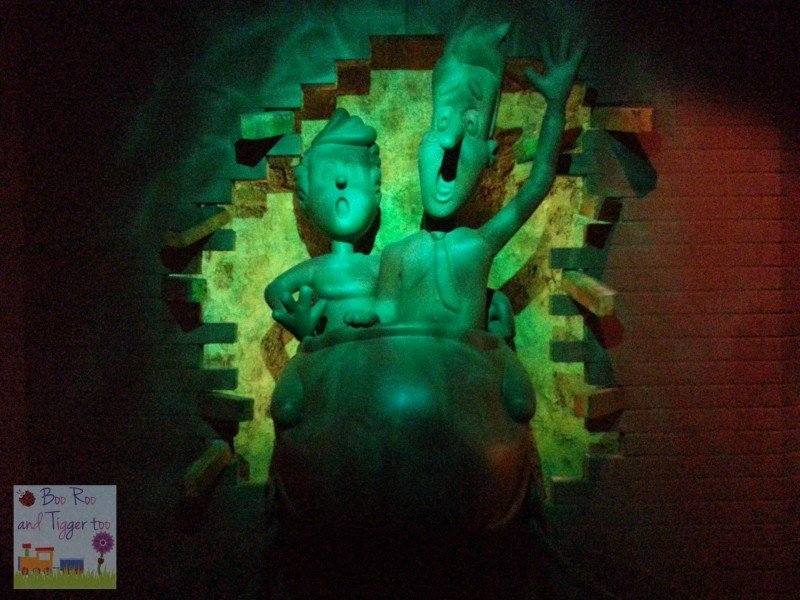 With the tour inside completed it was time to visit the world’s largest Cadbury Shop for an extra treat or two (we did buy some gifts too it wasn’t just all for us – promise). With Mr Boo dropping off the treats in the car (too many to carry – oops) we managed to find the toilets before heading around the back of the main tour building.

Outside there is a large play park and entertainment area which has different acts performing each weekend, from Scooty, Rainbow Live to the Chuckle Beans. Roo and Tigger were happy to burn off a little excess energy in the play area before we headed to the 4D cinema. 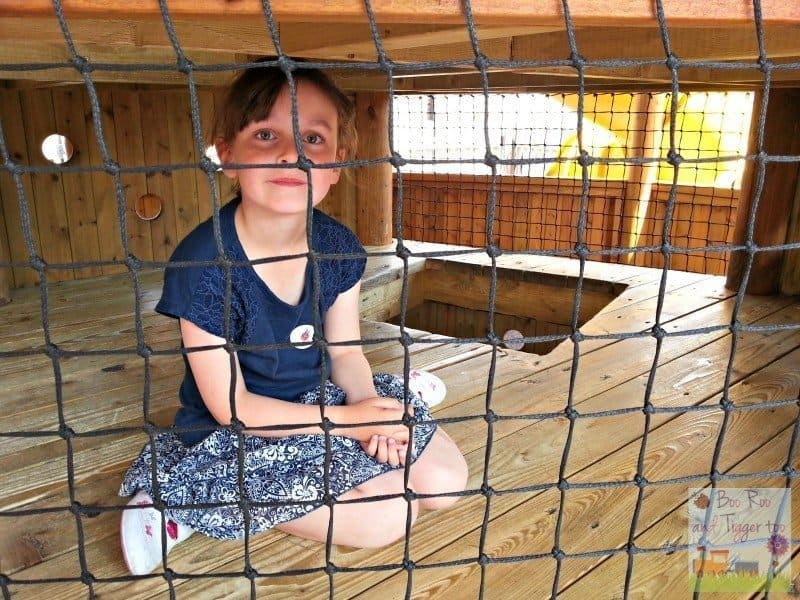 Access to the Biurnville Experience is also located just off the play park, however we didn’t feel that Roo and Tigger would be interested in this section so opted to head over to the new 4D Chocolate Adventure.

Join Freddo, and a whole host of Cadbury characters, as they whisk you away on an adventurous journey in our brand new 4D cinema experience, complete with motion seats. Dive into a bowl of liquid Cadbury Dairy Milk, ride the Crunchie Rollercoaster and take to the skies in a Cadbury Creme Egg airship pilot by the Caramel Bunny. Hold tight!

We had an amazing time, you can smell the chocolate as you get out of the car. We booked into an early morning slot and spent around 3-4 hours there, bearing in mind that we didn’t do the Bournville Experience I think you could easily spend 4-5 hours.

A family ticket (2x adults & 2x children) costs just £48.80 (or you can save 5% if you buy online) I think that this good value for money. It is not only a fun day out but educational too.

When can we go back again?

Disclosure: We received a Cadbury World family FOC for the purpose of review.