There are some tasks that always seem to fall to the bottom of my to-do list. Ones that’s I suddenly remember at the last-minute that I should have done but it’s too late to worry about and fudge my way through it.

One of those tasks is sewing Roo’s badges on her Cub Scout uniform. It’s not because I don’t know how to sew, I quite like sewing although I never get round to doing it. The main reason I have been putting it off is making sure that I have put them on in the right place and that they are straight.

After putting off the task for far too long I finally got round to sewing on her badges. I found the pile of badges which had been collecting dust for quite some time and set about sewing them on. Using the badge guide I’d printed off the Cub Scouts website I was happy I’d got them all in the right place. 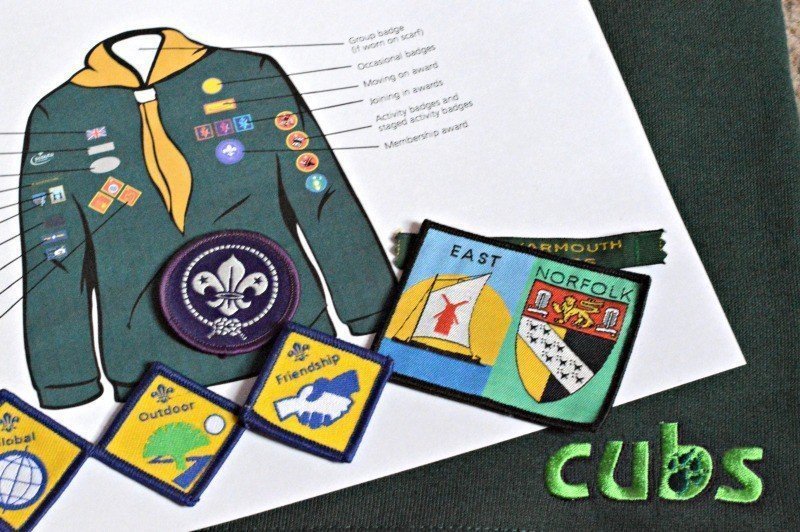 Roo headed off to Cubs last week with all her badges finally attached to her uniform. When I came to collect her I noticed one of the leaders having a word with her and pointing to her badges, I asked what they had said…

Mummy, you sowed the wrong badges on… These three belong on my Beaver Scouts uniform!

The badges had sat there that long that I’d obviously never git round to sewing them on her old uniform before she was over up to Cubs – Thank goodness I had sewn them on instead of using fabric glue!