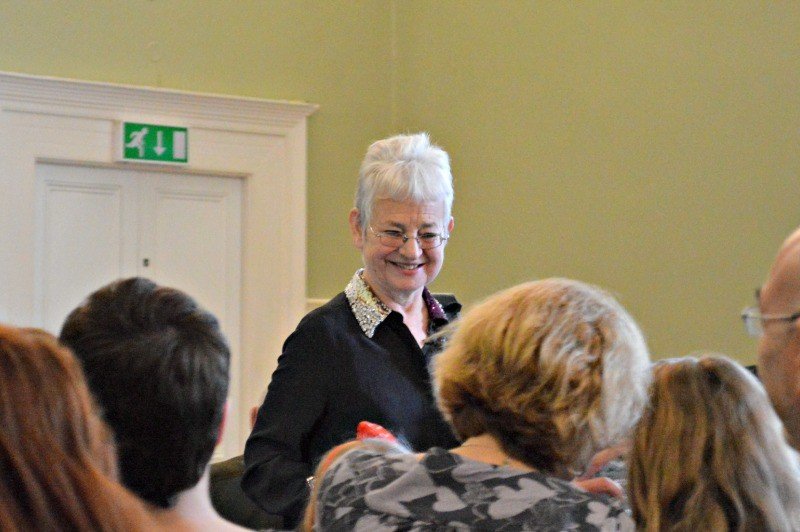 As today is World Book Day I thought I would share with you why Jacqueline Wilson is Roo’s favourite author.

I can’t quite remember when Roo read her first Jacqueline Wilson novel. I have a feeling it was one that caught her eye during a trip to the local library. That first book must have captured her imagination as it soon leads to another and another. With the new release titles making their way to her birthday and Christmas wish lists.

Over the years Roo has been slowly collected copies of her previous novels to add to her bookshelf. With us popping into second-hand bookstores in the hope of finding another that she doesn’t yet own.

An Audience with Jacqueline Wilson 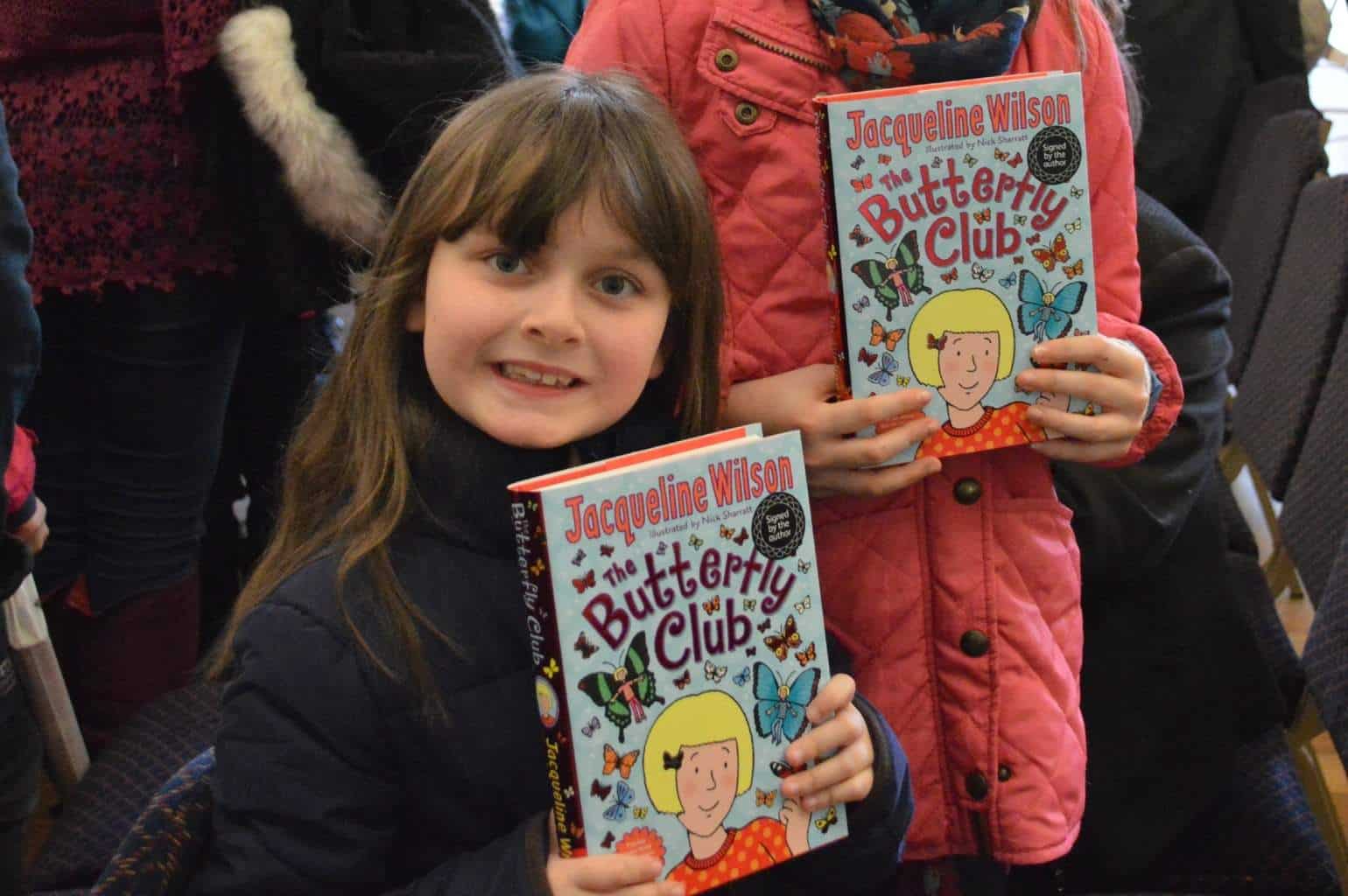 A couple of years ago I was able to book an audience with Jacqueline Wilson via our local Waterstones when she was in Norwich promoting her 101st book – The Butterfly Club. Roo sat and listened to her talk about her childhood and how she would spend her pocket-money on new pens and notebooks. Before explaining how she started to work for DC Thompson and that the Jackie magazine was named after her.

With Roo’s love affair with the novels, my best friend suggested that I took out a subscription to the monthly Jacqueline Wilson magazine. This is now something she has had around three years and still gets excited when she sees that the latest edition as arrived.

To help celebrate World Book day, Boo Roo and Tigger Too have one copy of Jacqueline Wilson’s latest book Clover Moon from Penguin Books to giveaway.