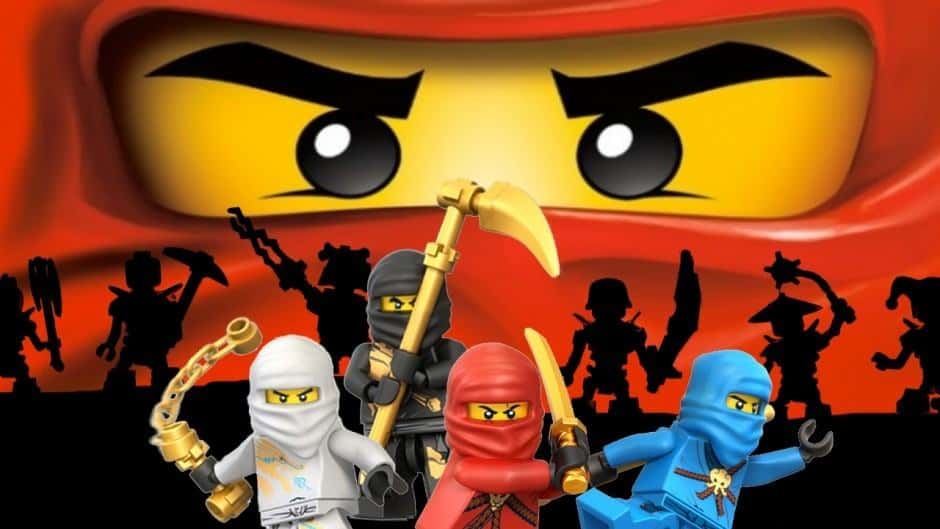 As a parent, I am all for encouraging my children’s passions. From the clubs and after school activities that they attend to the characters and toys that they love. Tigger, like his Dad, loves LEGO. He can eat, sleep and breathe LEGO. So I thought I’d show you a day in the life of Tigger and his LEGO passion…

One bright Saturday morning and Tigger wakes up ready to start the day. Dressed in his favourite LEGO Super Heroes pyjamas he heads downstairs. Whilst waiting for his breakfast to be made he requests access to his table to jump on Netflix and enjoy an episode or two of LEGO Ninjago. I manage to compromise and tell him that he can watch a couple of episodes after he has eaten his breakfast. He reluctantly agrees.

After breakfast and a couple of episodes of LEGO Ninjago, I manage to get him up off the sofa. Attempting to get him to play with the mountains of toys in his room he heads up the stairs, however, refuses to get dressed. As I carry on with the chores I peek in his room to see what he is up to… LEGO CITY! It appears there is a spate of robberies going on and there are a number of criminals who need to be chased by the police and locked up in the prison.

With lunch out-of-the-way, I manage to get his weekend reading and a couple of pages of his maths book completed. The compromise being that he could then head into the playroom to play on LEGO Dimensions. The game he asked Santa to bring him, and for friends and family to purchase character sets for so that he could unlock the levels.

He happily sits and plays the game for an hour or two with Roo joining him for a bit. However, there is trouble in paradise when Tigger announces that she is doing it wrong, Roo gets in a mood and walks off. Tigger seems unphased and carries on playing before I break the bad news that we have to head to the supermarket before tea.

Once tea, baths, and fresh pyjamas are all completed we sit down ready for a family film night. It’s Tigger’s turn to choose, so he heads off and comes back with a selection of six LEGO films including The LEGO Movie. I explain that he has been playing with LEGO all day, and ask if he is sure he wants to watch a LEGO film (silly question)… ‘Yes Mummy, I need to get up to date because the new LEGO Batman film is at the cinema and I’m going to watch it with Daddy at half term’.

The decision between the six films was a difficult one but we end up watching LEGO Batman The Movie – DC Super Heroes Unite.

The LEGO movie and films are available to purchase from here: po.st/LEGOadventures

… And that was Tigger’s LEGO filled day

Pop over to our Twitter account where we are hosting a retweet giveaway for a LEGO DVD bundle. Be quick, it ends on Sunday 12th February 2017 @ 23.59pm.

Disclosure: We received a #WBLEGO DVD bundle FOC for the purpose of this post

This website uses cookies to improve your experience while you navigate through the website. Out of these, the cookies that are categorized as necessary are stored on your browser as they are essential for the working of basic functionalities of the website. We also use third-party cookies that help us analyze and understand how you use this website. These cookies will be stored in your browser only with your consent. You also have the option to opt-out of these cookies. But opting out of some of these cookies may affect your browsing experience.
Necessary Always Enabled
Necessary cookies are absolutely essential for the website to function properly. These cookies ensure basic functionalities and security features of the website, anonymously.
Functional
Functional cookies help to perform certain functionalities like sharing the content of the website on social media platforms, collect feedbacks, and other third-party features.
Performance
Performance cookies are used to understand and analyze the key performance indexes of the website which helps in delivering a better user experience for the visitors.
Analytics
Analytical cookies are used to understand how visitors interact with the website. These cookies help provide information on metrics the number of visitors, bounce rate, traffic source, etc.
Advertisement
Advertisement cookies are used to provide visitors with relevant ads and marketing campaigns. These cookies track visitors across websites and collect information to provide customized ads.
Others
Other uncategorized cookies are those that are being analyzed and have not been classified into a category as yet.
SAVE & ACCEPT
94 shares