Last summer we decided to give Roo her first mobile phone. We had originally hoped to wait until she was starting high school. However, as we live on an estate where she is able to go out with her friends etc. we found that it was much easier to know where she was etc. if she had her own phone.

Thankfully she has taken to the responsibility of having her phone fairly well. We’ve not received any shock phone bills or as yet it hasn’t been broken or lost. One of the things she consistently struggles with is ensuring that it is charged. She has had access to a tablet for years, which requires charging so why she can’t grasp that her phone is a similar concept is beyond me.

We frequently have the ‘I’m going out with such and such, but my phone only has 17% battery, so I’ll text you once I’m there and when I’m leaving’. Now I’m one of those annoying mums who likes to know where she is, who she is with and when she will be back – some would call it being a mother, however, apparently it makes me annoying.

Whilst at Blog On Xmas last year I discovered VARTA, who besides having an amazing selection of batteries, produce power banks perfect for charging needs on the go. A lightbulb moment when I realise that this could be the solution to Roo’s constant state of ‘I forgot to charge my phone again’. We were kindly sent the VARTA My Power Bank recently to see if this would ease our charging problems.

Although the My Power Bank comes with a black permanent marker to add personalised details on to the battery pack. Roo opted to use a set of metallic Sharpie pens which she’d bought at Christmas. 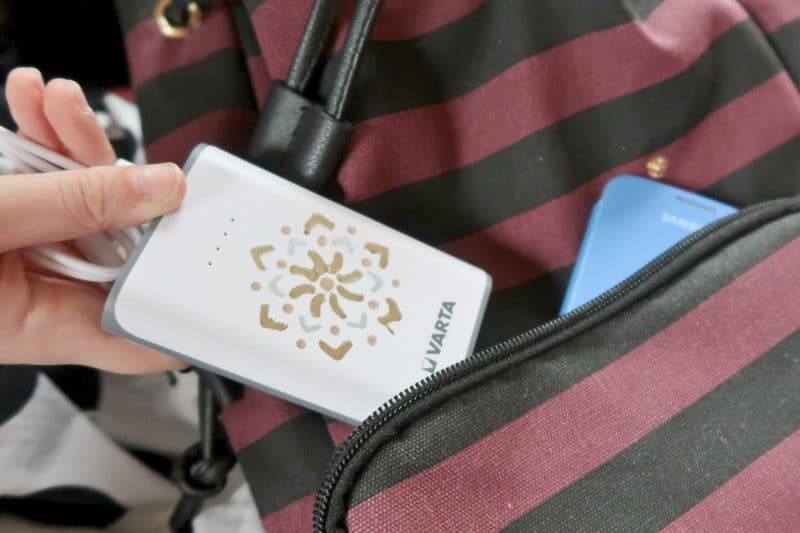 To keep the stencils steady on the battery pack we used washi tape which was easy to stick down and then removed when no longer required. Opting for one of the mandala designs on the front of the battery pack. I’m not sure whether it was the Sharpies we used or if we hadn’t positioned the stencil quite right but we did have a couple of places where the ink had bled. I don’t think it looks too bad and if anything adds to that ‘handmade’ finish.

The VARTA my Power Bank has saved Roo’s bacon on more than one occasion. Especially during the recent Beast from the East when she was out with her friends’ sledging. The four coloured lights on the front of the battery pack let you know how much charge is remaining. With a fully charged My Power Bank able to recharge her Samsung Galaxy S4 at least twice before needing to be charged up.

Charging the VARTA My Power Bank is really easy with the micro USB cable included. Simply connect to a USB plug and the micro USB end into the My Power Bank. With the lights flashing to indicate how far through the charging process it is currently.

Win a VARTA My Power Bank

To ensure that you are always fully charged, Boo Roo and Tigger Too have teamed up with VARTA to offer one lucky reader their very own VART My Power Bank.

Disclosure: We received a VARTA My Power Bank FOC for the purpose of review

Backing up my life on the WD My Passport Ultra

Your Child & The Internet: The Key Issues 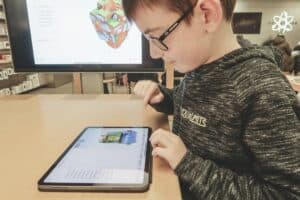