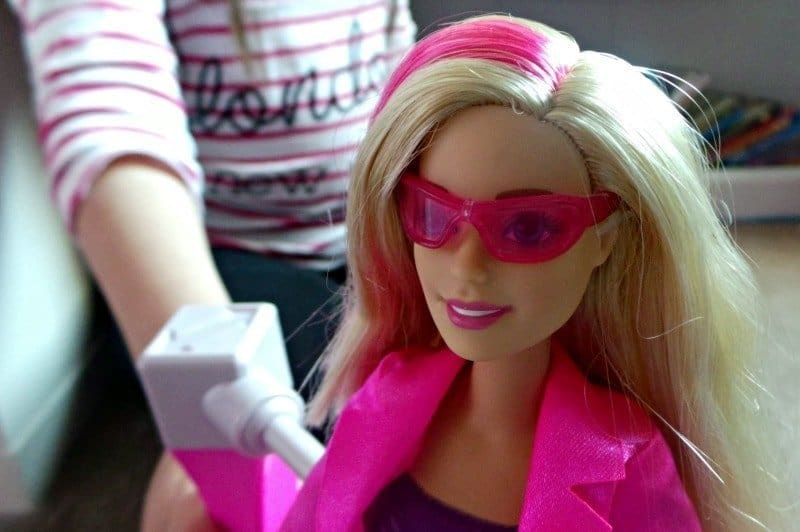 Earlier this week saw the release of the new Barbie Spy Squad film on DVD. The new film has Barbie and her best friends Teresa and Renee transform from hard-working gymnasts to undercover secret agents!

When a top-secret spy agency sees Barbie and her friends gymnastic skills, the girls are recruited and soon following clues to a gem-stealing cat burglar who has escaped everyone on the case. Can they prove that smarts and teamwork can get the mission accomplished? 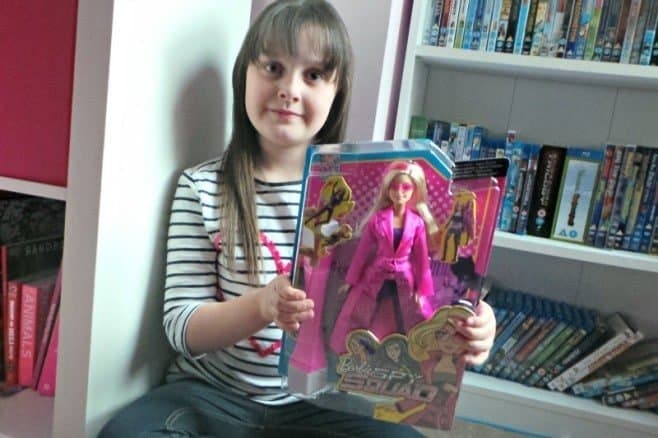 The Barbie Spy Squad Secret Agent Doll comes dressed in an all-in-one purple bodysuit and boots, complete with a removable pink sparkle jacket. With the addition of pick sunglasses and a streak of pink in her long hair, Barbie looks ready for action.

Also included is a spy gadget (the G.L.I.S.S. gadget from the movie) which acts as a wand in order for her to perform her special spy moves. Simply click the spy gadget into the hole at the back of Barbie (this can be done with or without her jacket on), then with the wand directly behind her she is able to complete cartwheels by rolling the gadget along the floor. If you change the position of the gadget to the side, Barbie will then complete backflips.

The Barbie Spy Squad Secret Agent Doll looks fantastic in her outfit and the addition of the spy gadget really makes her interactive and entertaining. As Roo is a keen gymnast she was most impressed to see Barbie completing cartwheels and back flips (if not a bit jealous that she isn’t able to do these herself). To move the spy gadget on carpet can be a little difficult so extra pressure is required.

I have to say that Barbie reminds me of the singer Anastacia (I can just see her belting out ‘I’m outta love’) with the sunglasses and how she is dressed for this film.

The Barbie Spy Squad Secret Agent Doll is available from Amazon, Argos and all other good toy retailers priced at RRP £22.99 – although is currently available around £14.99.

Take a look at the Barbie website www.Barbie.com for more news, games and available products.

Disclosure: We received a Barbie Spy Squad Secret Agent Doll FOC for the purpose of review. 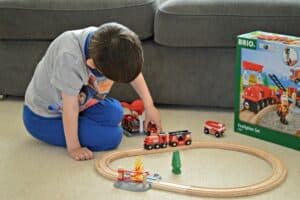 On the eleventh day of Christmas, the toy fairy sent me…