When I was younger my Mam would say that some days I would wake up in a morning and she just knew that I was spoiling for a fight. I must admit that I never really got the expression until I was older. Now of course I can tell if I’m in one of those moods and for everyone’s safety it is best if you do not cross me, as it’s not a pretty sight.

Today has been one of those days. After a restless night’s sleep, coupled with the fact it was Monday morning yet again I was tired and grunting this morning but I hoped that by sharing a cake at work I would snap out of it.

I didn’t snap out of it, today I was…

Increasingly I feel that both myself and my team are unsupported when it comes to decision-making. I can understand where management are coming from to a point, however they are not here, they do not know what we are dealing with day in, day out. Today was a class example and when someone had the cheek to snigger at me on the phone I’m afraid they got both barrels from me.

Should I have jumped off the high board, probably not

Should I have smiled and let that snigger pass me by without comment, yes probably

Should I have blasted my horn at her, (twice) probably not

Should I have slowed and allowed her to slip in front, after all I wasn’t in a hurry, yes probably

Roo is fortunate to be graduating from the Children’s University at the UEA tomorrow, a date that has been on our calendar for the pass few months. We received our invitation back in May and returned our RSVP promptly, the ceremony booked for 12 noon. With Tigger attending pre-school half day on a Tuesday I arranged and paid extra for him to stay for lunch and the afternoon session as we have nobody else to look after him. Today I get home from work to receive a text from the school to tell me that the ceremony starts at 2pm! WHAT! Cue a frantic call to the school to ask what the ruddy hell they are playing at. It appears that some of the invites were incorrect and stated 12 noon, and it was only brought to their attention this morning. Cue a moan from me about how I have booked and paid extra for Tigger to be at school until 3.15pm and there is no way we will be back in time to collect him, and that we’d have to take him with us. Thankfully they have agreed for him to attend Gardening club and to keep him until 4.30pm.

Should I have moaned at the school for something that wasn’t their fault, probably not

Should I have just collected him at 11.30am tomorrow and took him with us, yes probably

Do you ever have days were you are spoiling for a fight? 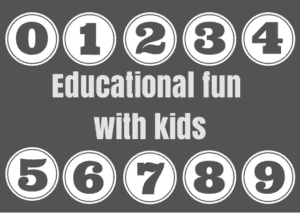 How having fun with your kids can also be educational

We need to evacuate!