As we understand more about autism and other developmental disorders, the jargon and labels change. What we once recognised as Asperger’s, for example, is now talked about under one heading – Autistic Spectrum Disorder or ASD.

For those working in the medical and education professions, as well as parents and caregivers, this can be confusing. With autism awareness courses available from NCC Home Learning, you can understand more about ASD, what it is and how severe it can be.

ASD and autism are general terms that refer to a group of brain development disorders. As well as being complex, the symptoms of these brain developmental issues vary considerably. But in the main, children and adults with autism will have difficulties interacting socially, as well as verbal and non-verbal communication. Repetitive behaviour is common too.

Autism has its roots in very early brain development, but the most obvious signs emerge around the age of 2 to 3 years.

Anyone can be affected by autism, irrespective of race, ethnicity or socio-economic groups. But it is five times more common in boys than it is in girls. However, some experts believe that many girls with ASD may not be diagnosed as the symptoms may look very different to those displayed by boys.

In the main, there are three different types of ASD. Increasingly, parents and caregivers are being encouraged to not see these in absolute terms. In other words, the fact that autism is often described as a scale or a spectrum means that some children or adults display more severe symptoms than others and vice versa.

Sometimes referred to as ‘classic’ autism, this is what most people think of when they hear the word ‘autism’. Children and adults with autistic disorder will often display significant delays in language development. They will also struggle with social interaction and find communicating clearly a challenge.

They also display unusual behaviours and interests. For example, many children with autistic disorder will twist or flap their hands, more so when they feel stressed or uncomfortable. For some, an intellectual disability may also be prevalent.

People with Asperger syndrome display ‘milder symptoms’ that those with autistic disorder. They too may display some unusual behaviours and interests, as well as finding social situations challenging.

However, they may not have problems with language nor display any intellectual disability.

Known as ‘atypical autism’, this is where children or adults may meet some criteria outlined in the current diagnosis framework for both autistic disorder and Asperger syndrome.

It is also known as Pervasive Development Disorder – Not Otherwise Specified (PDD – NOS) is an umbrella term that describes people with milder symptoms of autism. Someone with PDD – NOS will struggle with social and communication challenges.

There is usually an absence of repetitive or ‘odd’ behaviours, and although they may not always hit the developmental milestones as a baby or toddler, with intense speech and language therapy, they can learn to deal with social and communication challenges.

People display a range of symptoms which can be a sign of autism. They can also be a sign of other disorders and developmental issues.

Some children display some symptoms that are more severe than others, whilst some display a wide range of symptoms. As a result, misdiagnosis can be an issue.

It is because autism, its symptoms, and effects, vary so widely that it is hard to place definitive definitions the range of developmental disorders that autism describes. As science and medicine progress, it may be that autism, its complex causes and treatments will become better understood,

There are 700,000 on the autistic spectrum in the UK. Misdiagnosis is a common issue, which is why the medical profession works to diagnostic profiles. As we understand autism more, the framework and boundaries of what is and what is not seen as autistic tendencies change.

It is a lifelong condition – autistic children become autistic adults – and as a society, we need to be equipped to deal with the challenges that children and adults with autism face.

Autism is becoming more widely understood but because not everyone with autism ‘acts’ the same or displays the same symptoms, it can be confusing and has been hard to diagnose. But with better knowledge comes a better understanding of Autistic Spectrum Disorder.

As well as autism awareness courses, NCC Home Learning offer other courses relating to working with and understanding learning needs and developmental disorders in children and adults. Education is the key to understanding complex issues such as ASD and the challenges it can bring. 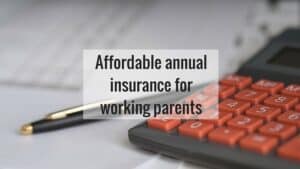 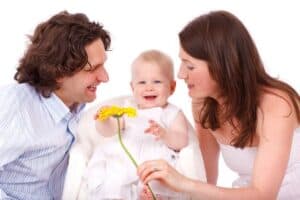 Planning For The Future? Lose Weight The Right Way