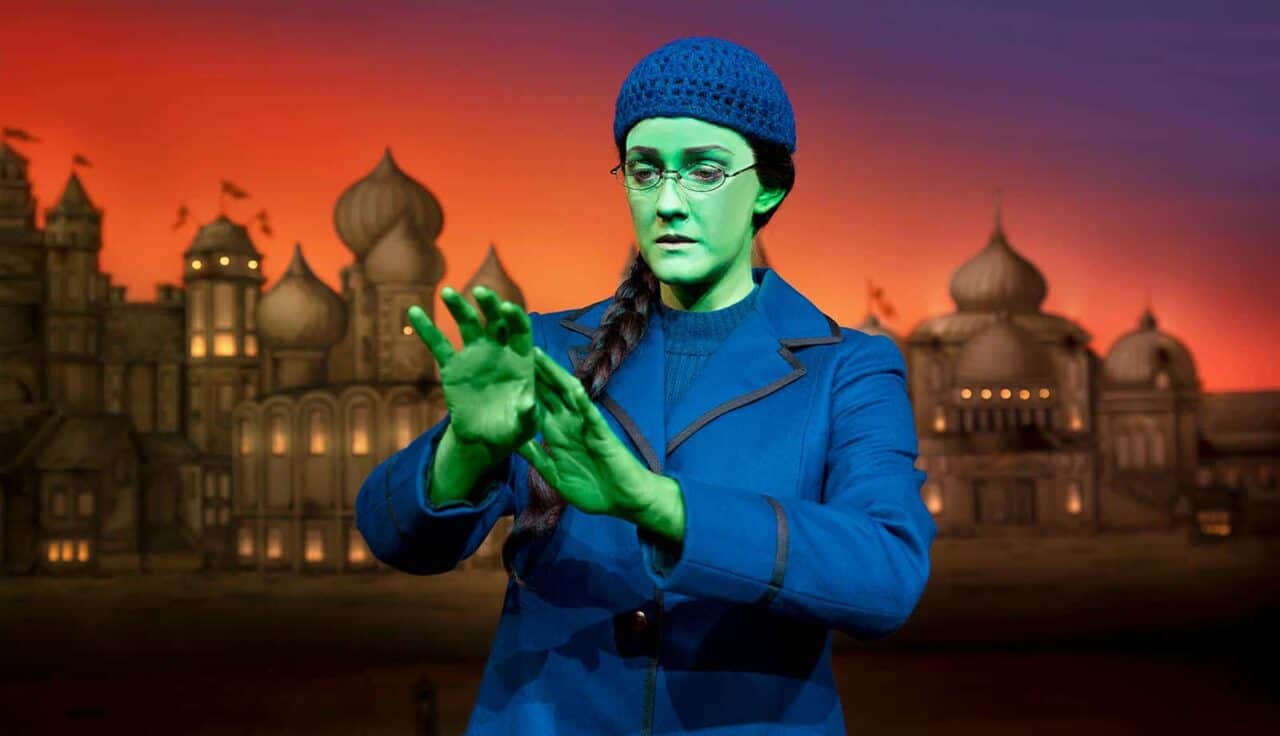 Everyone knows the story of the Wizard of Oz, how Dorothy travels to a magical land, finds some Ruby Slippers and defeats the Wicked Witch of the West that everyone in fears.

But what do you know about the Wicked Witch? It’s time to take a trip to see the hit West End show Wicked for the lowdown on why this witch is, well, Wicked!

But who is this Wicked witch?

Wicked tells the story of Elphaba, a girl born with Green Skin and powerful magic, along with her popular and overly excitable companion Glinda. The musical takes us back in time to show just how the two of them became the famous witches of Oz, and explains what really happened when Dorothy’s house fell from the sky.

Wicked is one of the longest running shows on the West End, having played in London since 2003,  the show is celebrating it’s 15th Anniversary. It’s clear why it’s still so beloved by fans. Wicked combines fantasy and humour with a heartfelt story about rejection and not fitting in. Elphaba, played by Alice Fearn, is wonderful to watch, she’s equal parts a tragic villain and a loveable hero that the audience is determined to root for. Her performance of the showstopper ‘Defying Gravity’ is a highlight of the musical.

Acting as her unlikely friend Glinda is Sophie Evans. Glinda is always a fan favourite character, her comedic timing is perfect and her rendition of ‘Popular’ will have you in stitches.

Joining Elphaba and Glinda is Fiyero (David Witts), a prince who both girls fall for, Nessarose (Rosa O’Reilly), Elphaba’s little sister, and the title character of the book itself, The Wizard of Oz (Andy Hockley) all interact and combine to make the story an absolute delight, that will have you all glued to your seat for the entire show, the only complaint that you might have is that it is over too quickly and you want to watch it all over again!

It’s all about the detail

What really brings the world of Wicked together is the excellent design. The costumes, from Glinda’s famous Bubble dress to Elphaba’s famous Wicked Witch outfits, are all beautifully designed. Every ensemble costumes is expertly created, particularly seen in the green townsfolk in The Emerald City.

One to see with the family

The entire theatre is decorated to match the show, with green lights and chandeliers, the merchandise is a reasonable price and there is something for everyone. Our party consisted of two adults, a teenager and a 9 year old, all of whom loved the show, so I would say it is a real family show.

As it’s the 15th anniversary of the West End show, they’re releasing a special edition of the Cast Recording. This will feature past cast members like Idina Menzel and Kristin Chenoweth performing their numbers, as well as special recordings by artists such as Ariana Grande and Adam Lambert. It’s currently available to Preorder on the Wicked Website and will go on sale 8th February!

So if you are looking for a great family afternoon during your next trip to London then consider booking tickets to see Wicked, it’s an amazing show that will have you questioning the entire story of The Wizard of Oz from now on!