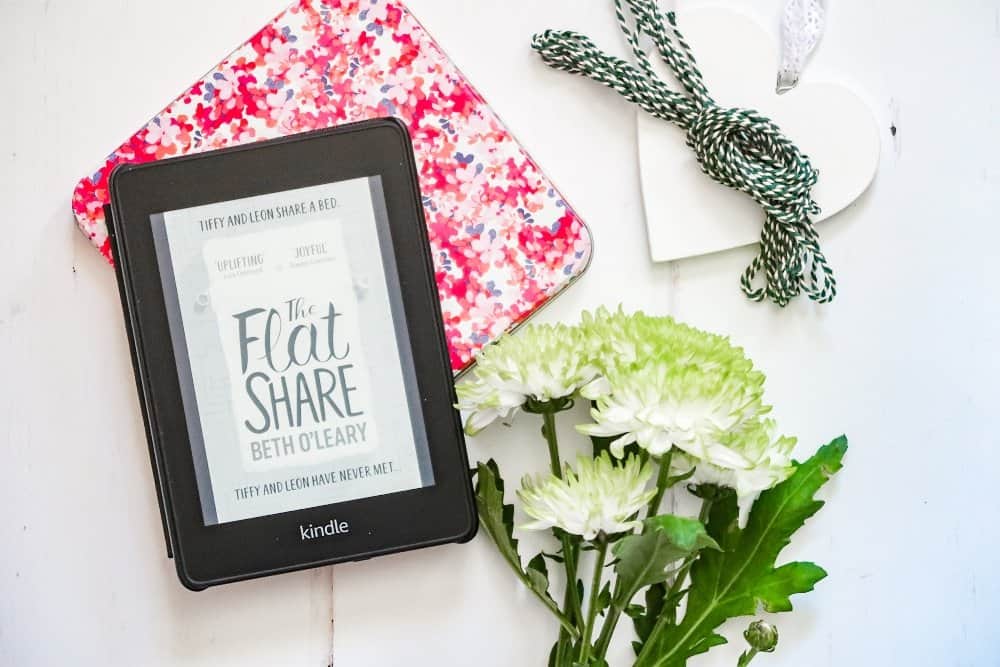 At the beginning of the year, I set myself a target of reading 20 books in 2020. Something I have managed to achieve before the end of April – I’m really quite proud of myself. I’m enjoying setting time aside to read a chapter or two, rather than scroll mindlessly through social media or passive TV viewing.

What I’ve been reading in April…

Us, in Pieces by Tasha Cotter

What happens if you fall in love with your college best friend, never tell them and then don’t have any contact for the best part of ten years?

Introducing Adin who met and fell in love with his best friend Lilly whilst they were at college. However, Lilly never returned to Ohio University after the first year. Not that this stopped Adin thinking about her, wondering where she was, what she was doing etc. A chance conversation with another college friend leads Adin to find out that Lilly is in the middle of getting divorced. Insist makes him call her parents home in Beaufort and leads to their first meeting in almost ten years. It doesn’t go well. What follows is a series of emails between them, their friends and family.

With the opportunity to see how things unfold from both Adin and Lilly’s perspective. Flashbacks to their time in college and the ‘what could have been’ moments. The story starts slowly, however, I was soon swept up in the rollercoaster of their re-acquaintance – devoured in just one day.

The Switch by Beth O’Leary

Leena was named after the grandma Eileen, at the time they thought that grandma was going to pass away but as she survived. Having two Eileen’s in the family became confusing so younger Eileen switch to Leena. The bond between grandma and granddaughter goes beyond just sharing a name despite living different lives miles apart.

Leena is living in London mourning the loss of her younger sister, who suddenly finds herself with a two-month leave of absence from work. Whilst Eileen lives in a small village in Yorkshire discovering what life is like after her husband Wade left her for a younger woman. Committed to being chair of committees, driving the bingo van and very much part of village life.

A chance conversation about how life could have been for Eileen had she taken a job in London before she met Wade gives Leena an idea to switch lives for two months. Grandma will live in London and discover the dating scene, check out all the places she wanted to do as a young lady, Whilst Leena will move to Yorkshire and discover whether she can adjust to a slower, tech-free life. Taking on her Grandma’s duties, all carefully noted down in a file which her Grandma has left behind for her.

A charming story of discovering what was missing in either of their lives and building relationships.

Available to buy from Amazon in Hardback, Paperback, Kindle Store and Audiobook.

My Year Of Saying no by Maxine Morrey

Meet Lottie a Virtual Personal Assistant, who loves her pj’s a little too much but when you work from home does it really matter? After suffering heartbreak in the past her best friend convinces her to a year of saying yes. Yes to new opportunities, yes to new adventures and yes to dates that she’d rather not do.

The story starts at the end of this year with her first ‘no’ experience. Something which kick starts a year of saying no. The first person she tells is her client Seb via video chat. Over the last few years they have become friends as well as employer/employee. Although there is a complication, Lottie has a little bit of a crush on Seb. Of course, she couldn’t, wouldn’t do anything about it as he is a client. Her biggest client, in fact, so it would be both personally and financially stupid to pursue this little crush.

Follow Lottie through out the year, as she gets a dog, meets Seb in real life and says no to the things she doesn’t want to do (and even some of the things she’d love to do).

Devoured this book in a day, too eager to see what happened next with Lottie and Seb. The chemistry between them leaping off the page. It had me laughing, cringing and crying along with them.

Maybe One Day by Debbie Johnson

Jess comes from a family with a stiff upper lip, one where emotions and feelings are things that are not talked about or expressed. The story starts as Jess attends her mother’s funeral. A small, unemotional affair with no wake or celebration of life afterwards. Simply returning home with her cousin they decide after a pink gin or two to start clearing some of the items on the house.

Starting in the attic which was her mother’s place for hiding things away. They discover a box full of cards, postcards and letters. Which after confessing to her younger cousin about a daughter he knew nothing about. Along with a period of time in a mental hospital. Sparks a journey of finding the love of her life, who she thought had left her abandoned her. However, her parents had kept him away whilst she was ill.

Retracing the places he had sent letters from she embarks on a road trip to see what happened to him.

One to read with tissues handy as you learn about Jess and Joe’s hardships. As well as what has happened in the seventeen years since she last saw him.

We Just Clicked by Anna Bell

Izzy has dreams of becoming an influencer, something she confides in her brother as he selects an engagement ring for his fiancé. He tells her that she should follow her dream. However, that is the last conversation that they have. Ben sadly passes away in his sleep from an undiagnosed heart condition. Upon hearing the news Izzy rushes home but is overcome with emotion. Luckily a fellow commuter takes her under his wing and ensures that she gets home safely.

Two years have passed since her brother’s death and whilst her Instagram following is slowly growing she’s still working a day job in insurance to pay the bills. A chance Interaction with a colleague leads to a fake romance – because you can’t believe everything you see on Instagram. The plan is to date for a while and then break up once they had increased their followings and had brand sign-ups.

Bumping into the helpful commuter, Aidan, who puts Izzy into a spin. Not only is she grateful for him helping her but she finds herself falling in love despite being very much happy to be single. Is it possible to have a fake life on social media and a different real life?

The Wedding Favour by Lilly Bartlett

Nelly is about to live the dream. Not only is she getting married but has landed herself a magazine series to cover the lead up to the wedding and the wedding itself. Perfect for her hopes of leaving her insurance job behind and becoming a full-time influencer. Sound wonderful right? Just one thing, with three months to go to the big day her fiancee decides he needs to think and wants a break to see whether this is truly what he wants.

With her love life falling apart as well as her future job goals, no to mention the money she has paid in deposits from the magazine. Nelly wonders how she is going to navigate through the future. An after work drink leads her to meet Rafael who works for the same company as her. Although he is face’s returning to his niave Columbia as his visa is due to expire. Nelly suddenly has a thought to help them both out. They should get married, Rafael will get his visa and Nelly won’t have to repay the magazine plus can fake a new relationship to win more followers.

Sounds simple? The course of true love never did run smooth, even when it is just an arrangement.

Available to buy from Amazon in Paperback and Kindle Store.

The village of Chawton has a deep history with Jane Austen, the cottage that she lived in and wrote her famous novels sittings in the village. With visitors from all over coming to take in the place that inspired Jane’s writing.

The story follows eight different characters all of whom are fans of Jane Austen and her novels. Set across different dates in the 1940s I did find it a little confusing jumping between characters and times. I was drawn to this story as I too am a Jane Austen fan, however, I struggled to get to grips with this story.

Available to buy from Amazon in Hardback, Paperback, Kindle Store and Audiobook.

The Flatshare by Beth O’Leary

Finally managed to read The Flatshare which had been sitting on my reading list for the longest time. One of those books I’d heard good things about but didn’t want to read in case it didn’t live up to expectations… Spoiler – it’s an amazing read!

Tiffy needs to move out of her ex-boyfriends flat, especially as he has started dating Patricia. Needing to pay him back for rent arrears, her housing situation is limited. A flat with mushrooms growing in the bathroom or a flatshare in a one-bedroom flat. The snag to the second choice is that it is quite literally sharing a bed, although not at the same time.

Opting for the flatshare she is yet to meet Leon her flatmate as she has been dealing with his girlfriend. As they never see each other, with Leon working nights and away at the weekends. Tiffy starts a note correspondence with him. A friendship forms through the notes, from leftovers for dinner, Tiffy’s baking when she’s stressed.

Sounds like the perfect arrangement, although they are both carrying baggage from a brother in jail and an ex-boyfriend. A touching story of friendship, understanding and coming to terms with gaslighting and dealing with the past.

Available to buy from Amazon in Hardback, Paperback, Kindle Store and Audiobook 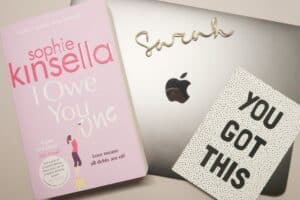 I Owe you One, Sanditon and Half-term #LittleLoves 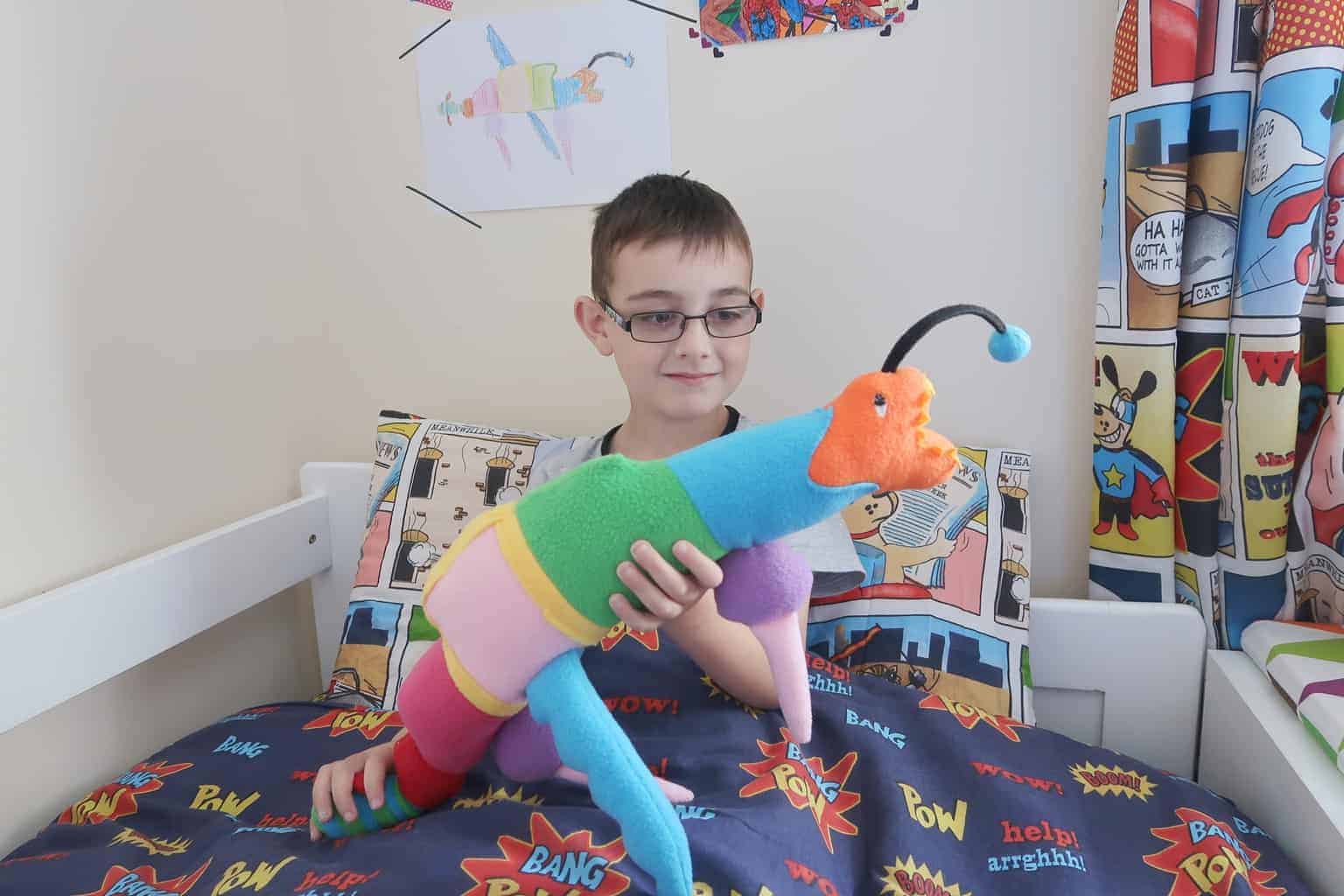 My Dream Pet with Petplan 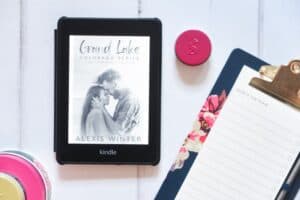