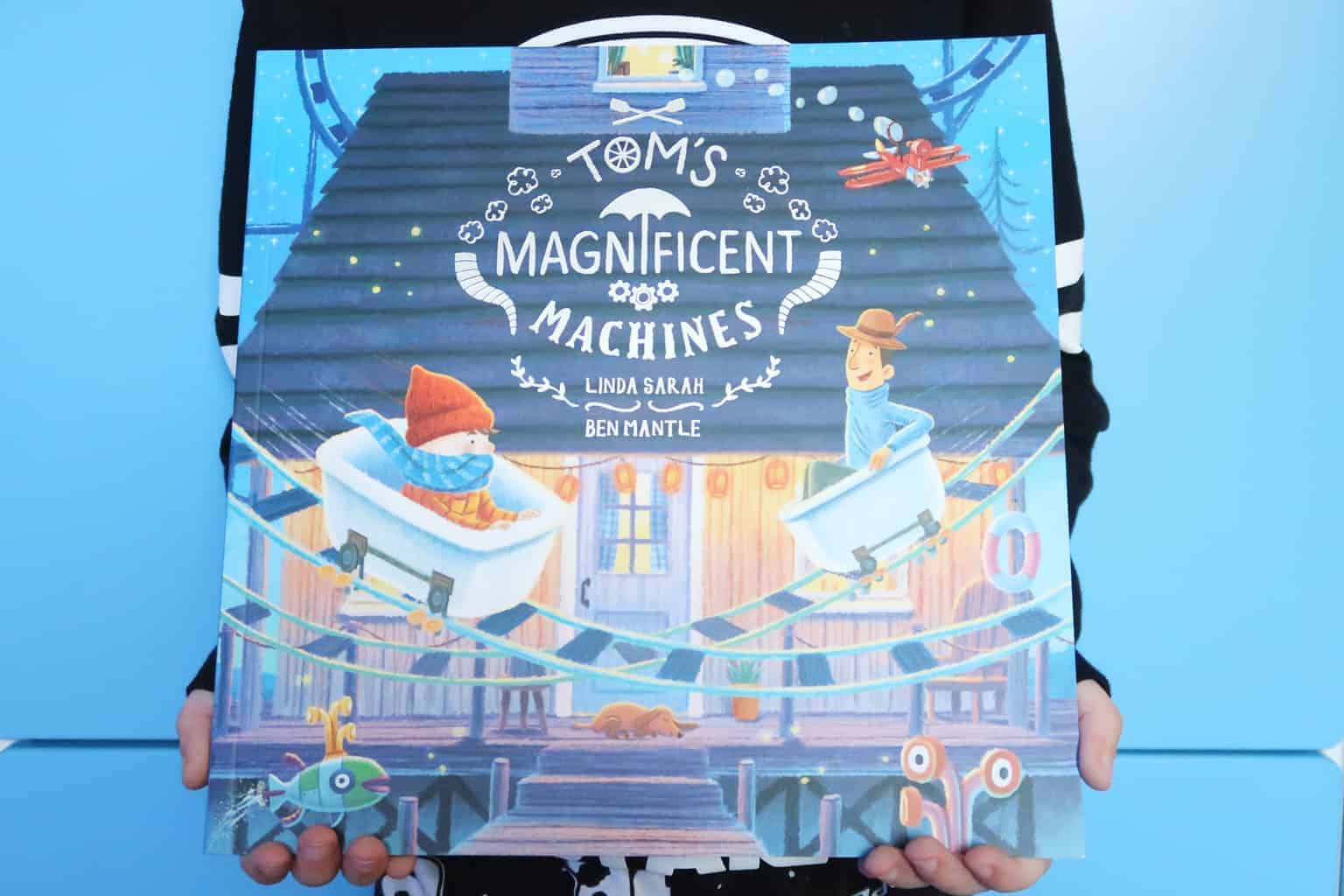 Tom and his dad are VERY good at making things, but then Dad loses his job and sadness clouds the house. Until Tom comes up with a plan to take their vehicle inventions and create something astounding…

Life was pretty great for Tom and his Dad. They would spend hours together building things together. Having fun creating things with wheels that you would never have imagined could have been built. That is until one day Dad loses his job and quick as lightning it looks as though they will have to move house.

Tom does NOT want to move, to leave the house he loves with his Dad. So he comes up with an idea on how they can raise enough money to stay. His Dad at first is too preoccupied with weight of the world in his shoulders. However, soon realises what an amazing idea Tom has come up with.

With a polish and a lick of paint his idea is put into action and ‘The Museum of Vehicles Made From Things Not Usually Used For Making Vehicles’ was opened to the public. With people coming from near and far to see the magnificent machines. Who wouldn’t want to see a miniature banana powered rocket?

Tom and his Dad then suffer another setback, can they find a way to rebuild?

The illustrations by Ben Mantle really help to bring the story to life. Full of character, colour and quirky details that engage younger readers. Whilst giving everyone an insight into the magnificent machines Tom and his Dad build and the fun they have with them.

An emotionally charged and highly imaginative book that explores themes of love and support between children and their parents but is also great fun, with incredible inventions, crazy contraptions and a wonderfully inspiring pioneering spirit at its heart.

Where to buy Tom’s Magnificent Machines

Tom’s Magnificent Machines is available to buy from Amazon and all other good book retailers.