From an early age, Roo has always been inquisitive about how things work and wanting to learn more about the world around us. Thankfully this is something that had continued throughout the years. Attending school has helped her flourish this thirst for knowledge.

Earlier this year she discovered a new series on Netflix called Project Mc² and binged watched the first few episodes in one day. The second Project Mc² series was released back in August and I can’t tell you how much she counted down to its release date. Alongside the new series a range of dolls and accessories have been released by MGA Entertainment to help carry on the Project Mc² STEAM (that’s science, technology, engineering, art, and maths) message at home. Getting girls involved in carrying out experiments and activities, all whilst learning at the same time.

Smart is the new cool!

Today marks #NationalSTEAMday and Roo has been lucky enough to be asked to take a look at one of the Project Mc² accessories to see what she thinks of it and showcase the range of activities you get from just one product.

Investigate in style with spy gadgets in disguise! Use the Ultimate Spy Bag on your secret missions, just like Adrienne Attoms™ from the Netflix™ original series.

The Project Mc² Ultimate Spy Bag contains over 20+ accessories, ready for the next spy adventure. For whenever a bubble distraction mixture needs to be mixed up, fingerprints need to be taken or you need to shed a little extra light on a case.

The Project Mc² Ultimate Spy Bag is priced at £39.99 and is available to buy from Amazon, Argos, and all other good toy retailers.

We were lucky enough to get a preview of the Project Mc² Ultimate Spy Bag earlier this year and Roo had this down on her Christmas wish list. At first, it looks like a pretty pink bag that would catch most young girls eyes, however, upon opening it, it is so much more. Housed inside is a collection of different ultimate spy equipment, along with a top secret spy guide that aids any young spy.

As the Project Mc² Ultimate Spy Bag includes several different experiments and activities it has certainly kept Roo’s attention. The tech gadgets such as the nail polish light and the lipstick message launcher are her favourites. I think that this is because she can keep these in her pocket when she isn’t carrying around the spy bag. 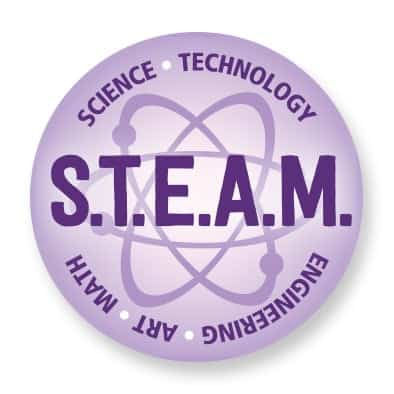 Disclosure: We received a Project Mc² Ultimate Spy Bag FOC for the purpose of review 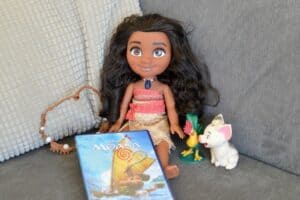 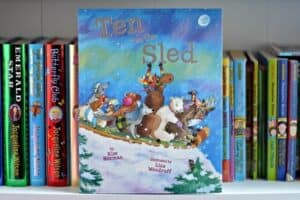 Ten on the Sled {Book Review}