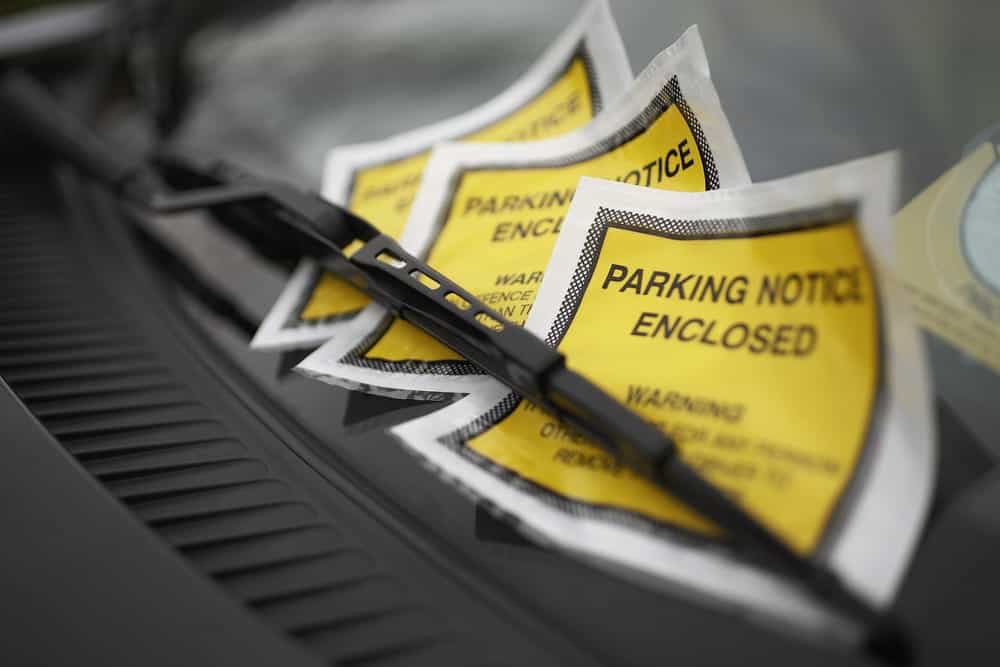 It’s funny the things we pride ourselves on. For many years I was never bothered about learning to drive. Hopping on public transport to get to work or having Mr. Boo driving to places further afield. That was until Mr. Boo and I decided to have children. Not wanting me to struggle on public transport Mr. Boo insisted that I learned to drive.

Being impatient (me? can you imagine it? 😂) I booked double lessons after a month of learning as I felt it was taking too long. After six months of lessons I passed my driving test the first time, something I am especially proud of. Especially as many of my friends had either taken a few attempts to pass or were still not learning to drive.

It’s been almost 11 years since I passed my driving test. In those 11 years I pride myself on never receiving a speeding fine, never being pulled over by the police and never receiving a parking ticket – that was until the beginning of the month.

The one with the parking ticket

As I opened the post one morning I found a parking charge notification addressed to myself. The charge relating to a middle of the night visit to the out of hours doctors service for Piglet at the end of April. Having received a call back from the 111 service they requested that I took her to our local community hospital were the OOH service is located. As I pulled into the car park just after midnight I noted that there weren’t any barriers so wondered about the parking restrictions. As I parked I got out of the car and had a look around in the darkness but was until to see any signage relating to parking restrictions or fees. Having not found any details I assumed that like many hospitals there was no charge overnight…

It wasn’t until I received the parking ticket through the post that I was made aware that I’d been caught via ANPR and that is should have purchased a ticket. I immediately fired off an email to appeal the PCN. explaining my reason for the visit, how I could not find any details of parking restrictions and that there was nobody to ask about the parking restrictions.

Today I have received a letter to say that my appeal has been denied. No reasoning behind the decision given. No contact details to enquire further into why I should have to pay the PCN. Instead, I have details of a higher body that I can contact to appeal again – however, by appealing higher up I lose the right to the reduced fee of £60 and should I lose that appeal too I would have to pay the full cost of £120.

Not wanting to risk losing a further appeal and paying the full cost I have just paid my £60 parking ticket/  I really quite annoyed and ashamed to think that I have received a parking ticket. I could kick myself if I had run over my time in a car park, parked in the wrong place etc but for visiting the out of hours doctors service with my daughter I just don’t think it is right.

Have you ever had a parking ticket?

This website uses cookies to improve your experience while you navigate through the website. Out of these, the cookies that are categorized as necessary are stored on your browser as they are essential for the working of basic functionalities of the website. We also use third-party cookies that help us analyze and understand how you use this website. These cookies will be stored in your browser only with your consent. You also have the option to opt-out of these cookies. But opting out of some of these cookies may affect your browsing experience.
Necessary Always Enabled
Necessary cookies are absolutely essential for the website to function properly. These cookies ensure basic functionalities and security features of the website, anonymously.
Functional
Functional cookies help to perform certain functionalities like sharing the content of the website on social media platforms, collect feedbacks, and other third-party features.
Performance
Performance cookies are used to understand and analyze the key performance indexes of the website which helps in delivering a better user experience for the visitors.
Analytics
Analytical cookies are used to understand how visitors interact with the website. These cookies help provide information on metrics the number of visitors, bounce rate, traffic source, etc.
Advertisement
Advertisement cookies are used to provide visitors with relevant ads and marketing campaigns. These cookies track visitors across websites and collect information to provide customized ads.
Others
Other uncategorized cookies are those that are being analyzed and have not been classified into a category as yet.
SAVE & ACCEPT
34 shares