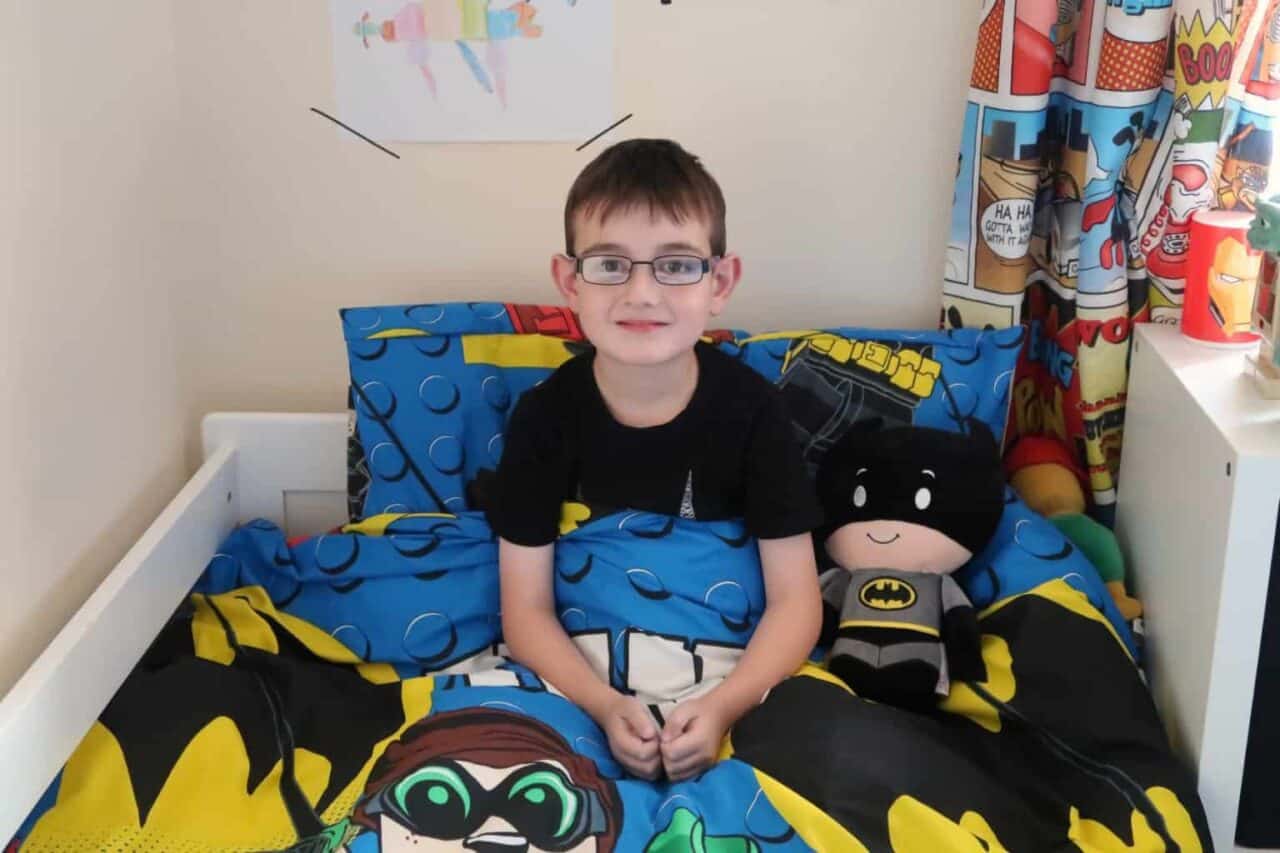 Earlier his year I shared a confession about how Tigger being the middle child had never had a bedroom decor of his choosing. Having previously put up with Mamas & Papas Barnaby Bear designed nursery in our old house that was actually chosen when we found out we were expecting Roo. Moving home allowed each of the children to have their own rooms and we decided that Tigger had waited long enough for a bedroom to his taste. So his was the first one we opted to decorate.

With IKEA Kallax units and coloured boxes storing his toys and displaying his growing LEGO collection. We opted to keep the room colour as Magnolia to keep it as bright as possible. Adding funky Batman themed prints to his walls to add interest and a talking point. Especially with the ‘nice butt’ print which always brings a smile to my face when I go into his room to collect his washing. 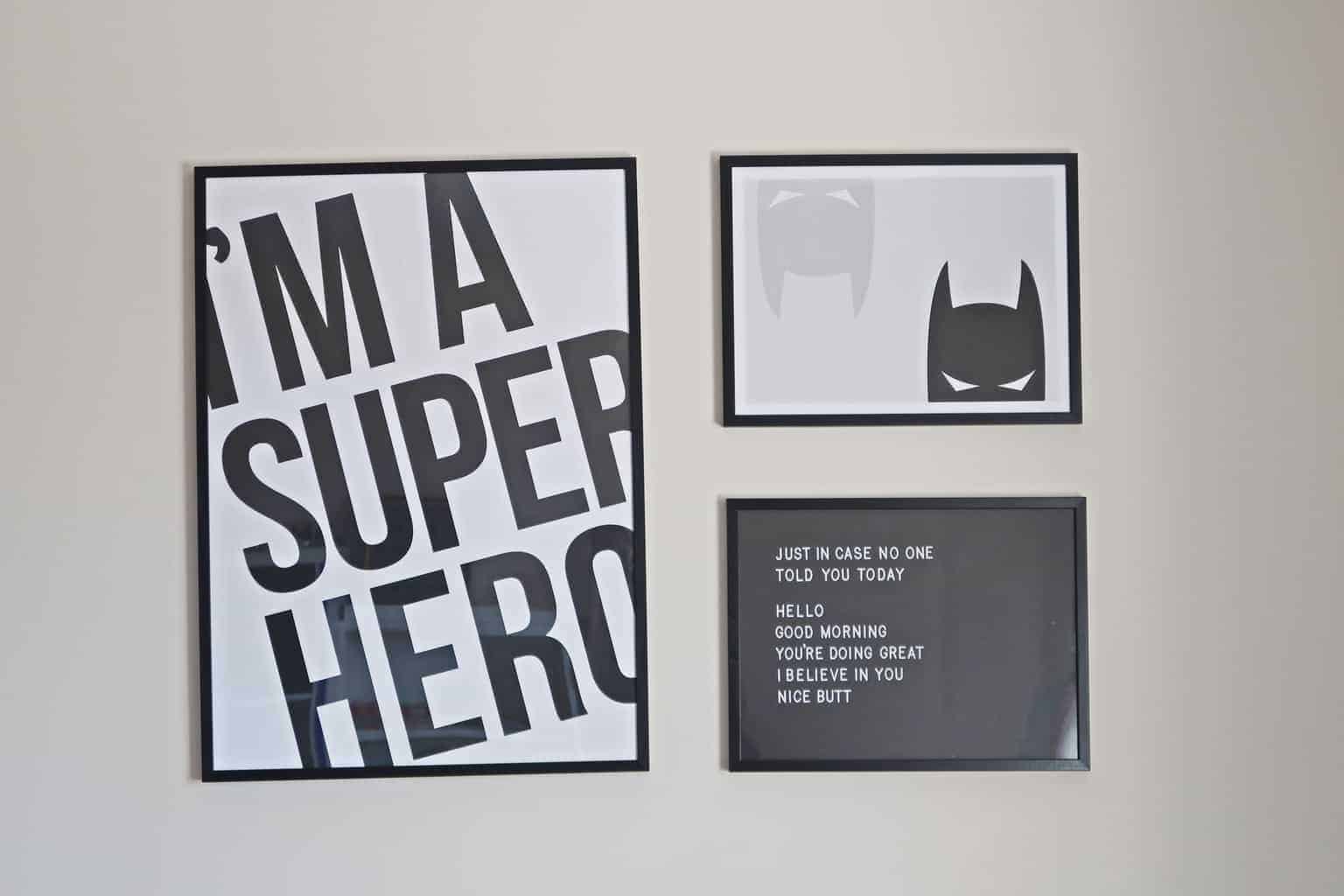 The majority of the little touches that make a room, such as LEGO storage boxes, a desk, an array of LEGO-themed toys, minifigures and soft toys we already owned. However, once the room was completed there was something missing. We’d utilised some superhero style bedding that we’d purchased a couple of years ago when we had hoped to change the decor in the nursery for him. But never got round to using to doing it. And whilst there is nothing wrong with the bedding set it just didn’t fit his new room. Which given that he had waited so long for it, I wanted it to be perfect.

After looking at pyjamas for upcoming birthdays I spotted that Cool Clobber also had a range of bedding sets available. Including a LEGO Batman bedding set which was perfect for Tigger’s new look bedroom.

The hero of Gotham City, Batman and his side-kick Robin feature across the duvet cover and matching pillow case. The design on the duvet cover is reversible so Tigger can choose between having a larger LEGO Batman design showing. Or changing things up and having a repeating minifigure version of Batman and Robin on display.

Machine washable and safe to place in the tumble dryer it means I can have it off, washed and dried before Tigger comes home from school. 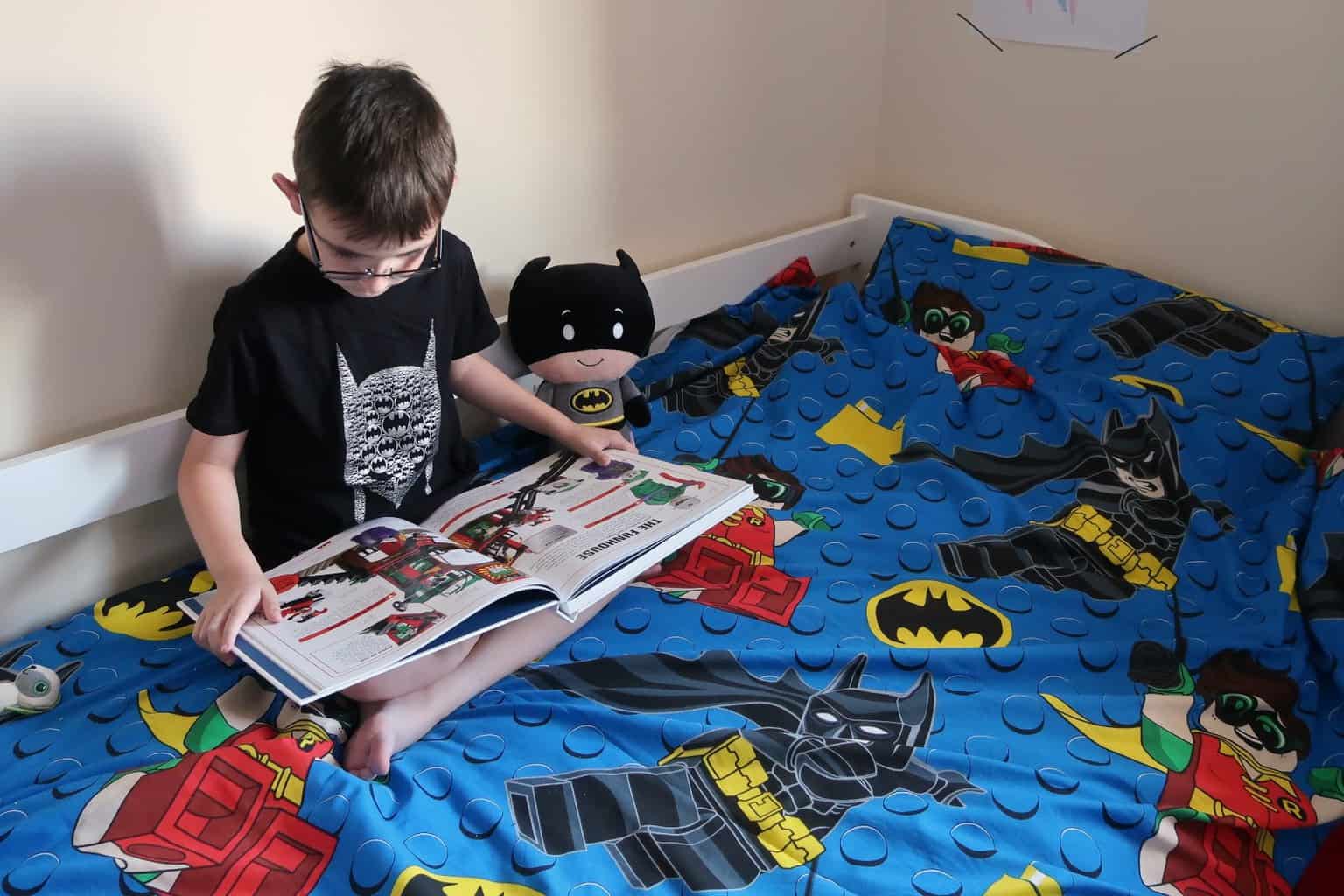 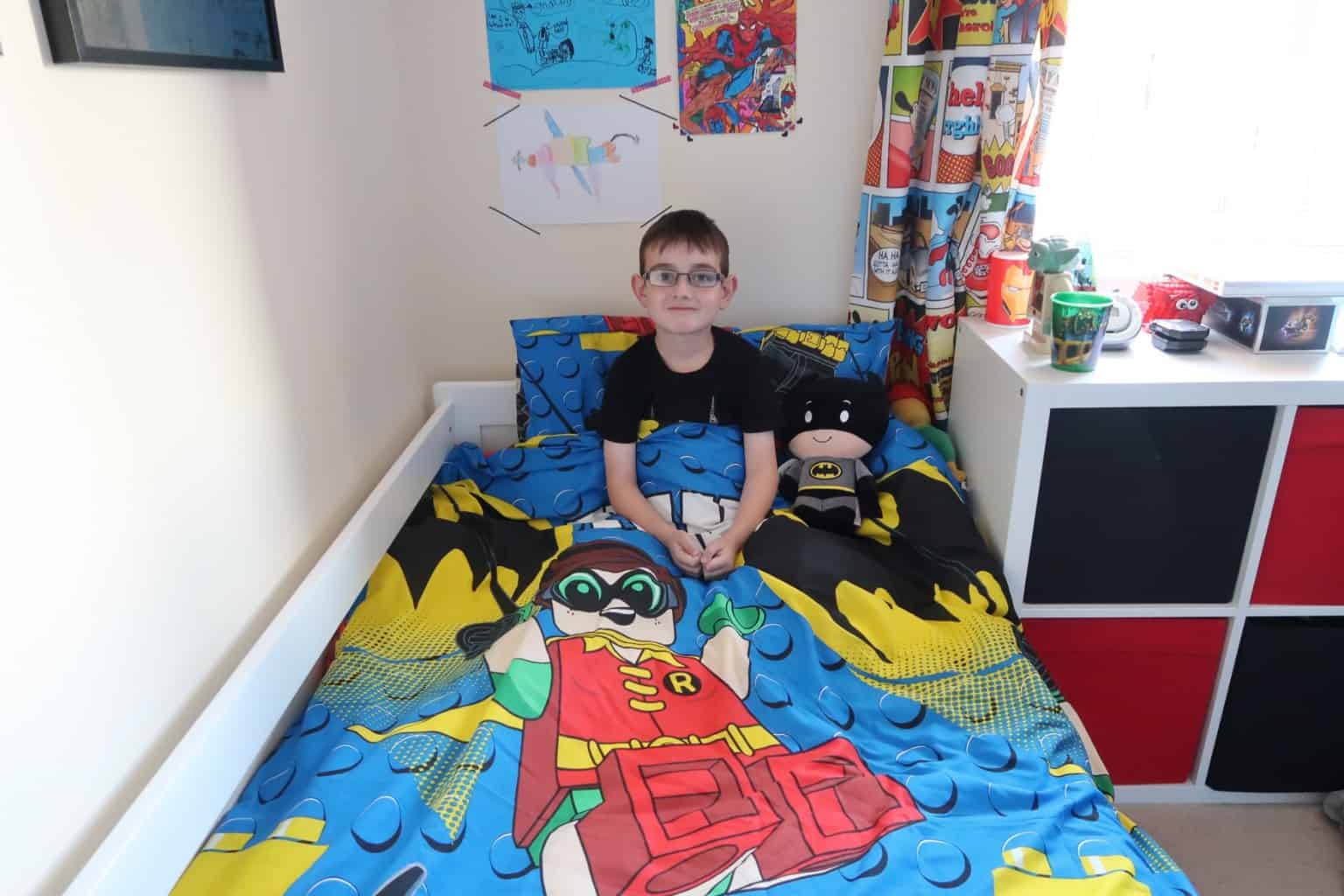 I think you’ll agree it does look pretty funky and Tigger is over the moon with it. Adding his giant Itty Bitty Batman soft toy to his bed, as well as coordinating Batman PJ’s to complete the look. I think he’ll be trying to find Batman glasses as his next opticians appointment to ensure that he is DC through and through!

I think we are finally getting there with his bedroom, although I think I’d like to change his curtains to either black or red, rather than then superhero style ones that are currently there. This would then tie in them into the bedding and the toy storage boxes. Plus make it easier to add different accessories in the future.

To help you update the look of your little ones bedroom, Cool Clobber has kindly given us an additional LEGO Batman single bedding set to giveaway to one lucky entrant. 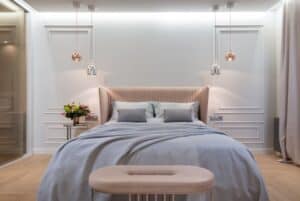 How to keep your bedroom cool in the summer

This website uses cookies to improve your experience while you navigate through the website. Out of these, the cookies that are categorized as necessary are stored on your browser as they are essential for the working of basic functionalities of the website. We also use third-party cookies that help us analyze and understand how you use this website. These cookies will be stored in your browser only with your consent. You also have the option to opt-out of these cookies. But opting out of some of these cookies may affect your browsing experience.
Necessary Always Enabled
Necessary cookies are absolutely essential for the website to function properly. These cookies ensure basic functionalities and security features of the website, anonymously.
Functional
Functional cookies help to perform certain functionalities like sharing the content of the website on social media platforms, collect feedbacks, and other third-party features.
Performance
Performance cookies are used to understand and analyze the key performance indexes of the website which helps in delivering a better user experience for the visitors.
Analytics
Analytical cookies are used to understand how visitors interact with the website. These cookies help provide information on metrics the number of visitors, bounce rate, traffic source, etc.
Advertisement
Advertisement cookies are used to provide visitors with relevant ads and marketing campaigns. These cookies track visitors across websites and collect information to provide customized ads.
Others
Other uncategorized cookies are those that are being analyzed and have not been classified into a category as yet.
SAVE & ACCEPT
28 shares