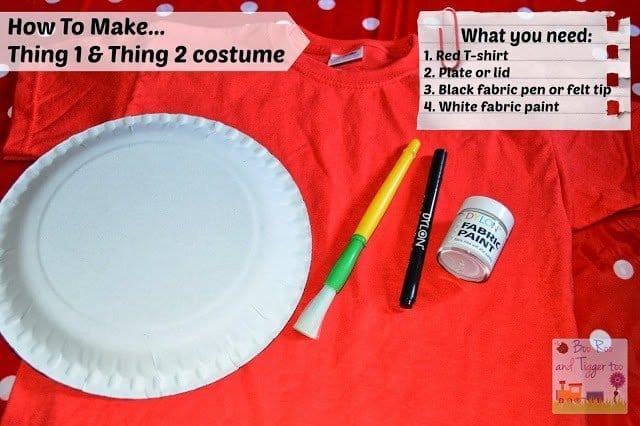 Last Friday saw schools up and down the country celebrating National Book Week by asking children to dress up as a character from a storybook. Roo’s school asked this of their school children, however in order to be eligible for the dress up competition you had to have a handcrafted costume. Wanting to do something a little different Niamh’s mum (Roo’s best friends mum) suggested Thing 1 and Thing 2 from the Dr. Seuss books. Fabulous idea!

We decided that the girls could wear black leggings and a long sleeve top with a red t-shirt sporting ‘Thing 1‘ or ‘Thing 2‘ along with blue wigs. I was put in charge of making the t-shirts and I was surprised at just how easy it was to make. 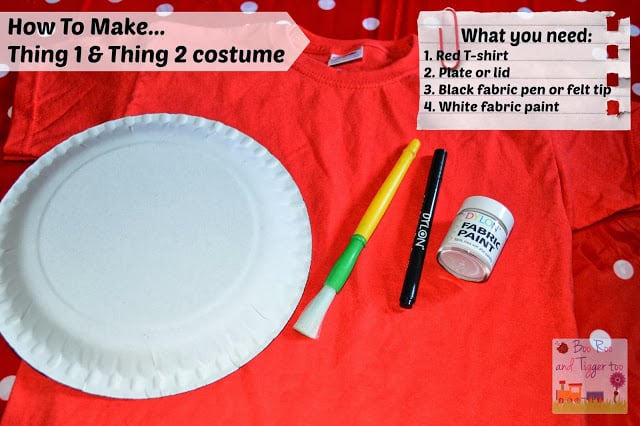 What you will need: 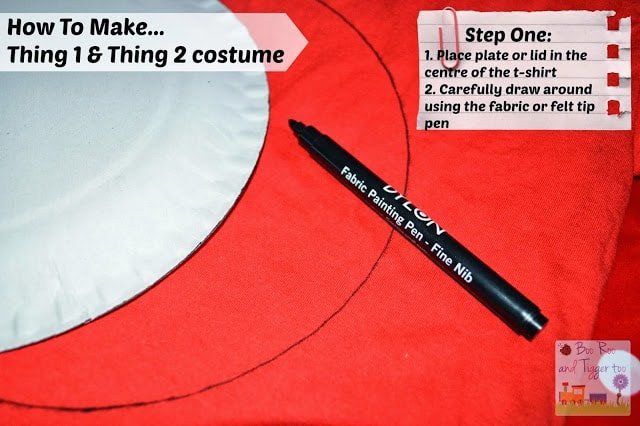 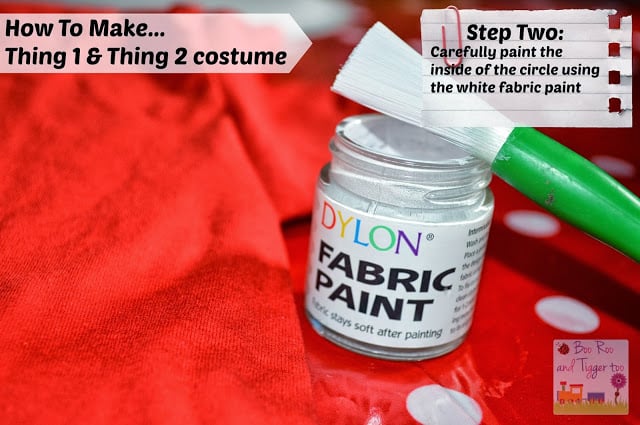 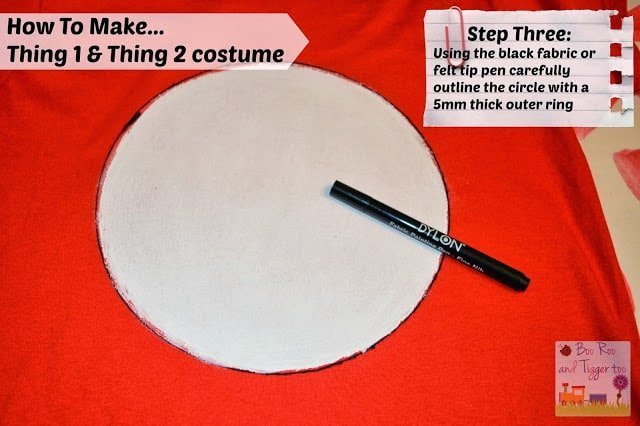 Using the black fabric or felt tip pen carefully outline the circle, you want to make the outline 5mm think so that it can be seen when you stand away from the t-shirt. 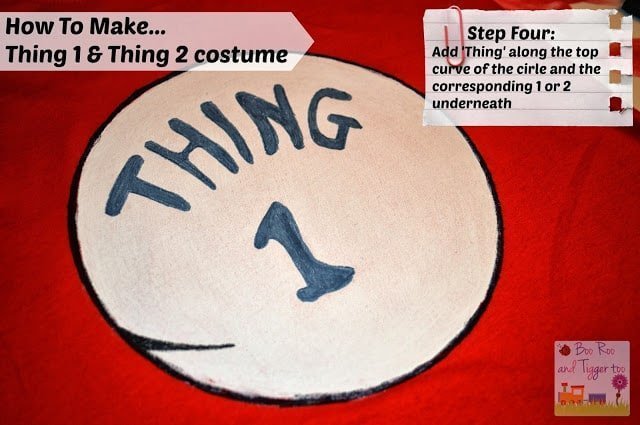 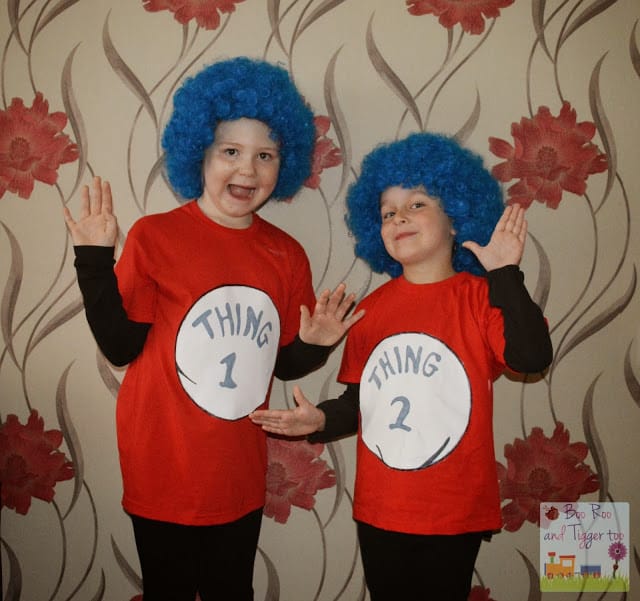 Disclosure: I received a selection of Dylon Fabric paints/pens FOC in order to assist my book week costume making.