The complete billionaires next door series with a hot single dad, friends turning into lovers, a fake relationship, tons of drama, scandal, and fiery goodness! Get ready to get lost in irresistible romance!

Jake is loving the playboy lifestyle in San Diego, working hard and playing harder. As he heads home for a few weeks he reaches out to Julianna his friend throughout high school – just friends.

Julianna’s life has been turned upside down since her soon-to-be ex-husband cheated on her and left her and their daughter Callie to be with the other woman. Battling through the divorce whilst Cam has as little as possible to do with his daughter. A message out of the blue from Jake puts her into a spin once again. A long held crush from high school but they are just friends.

Reconnecting after years apart she is weary about his playboy lifestyle although he doesn’t appear to be missing it when he is around Julianna. Crossing the line of friendship can they make this work? Especially when Callie grows attached to Jakes too. He has to head back to San Diego at some point, is there a way to make this work?

Richard is Jake’s older brother and the one left holding the reins to the family business with their dad. Working hard to prove that he’s up to the job, so a relationship isn’t really on the cards. Especially after being dumped by his fiancée Heather. Although it appears that Heather was hiding a rather big secret from him when she left – his daughter.

Annie is Julianna’s younger sister and has always been on hand to help with Callie. Since Julianna and Jake got together she has been focused on her yoga studio and holistic foods and lifestyle line. Richard has previously asked her out but he’s older than her and she’s not sure about a relationship with anyone.

Suddenly they both give in to the spark between the, however, it’s just neighbors with benefits. Until she meets his daughter and he ex starts causing problems. Richard needs to choose between his daughter and Annie – is there a way he can have both?

Gavin has known Richard since college, having lost his family he has been welcomed to work with Richard and his family business. Travelling often has left him little time for relationships, plus his slightly awkward nature means he’s not always as smooth as he’d like to be. Rushing to a meeting and distracted he bumps into a car.

Crystal can’t believe her day/life can get much worse when Gavin bumps her car. Getting out to give him a piece of her mind, her just stands there and offers to buy her a new car if she doesn’t call the cops before driving off. Annoyed with him but she has lots to do for her friends baby showers and realising its just a scratch she gets on with her day.

Retelling the story to her friends Annie and Julianna at the baby shower, she discovers that she is the only person there without a date. Lucky for her, her friends offer to set her up with one of Richard’s friends – Gavin. Not going quite to plan they bicker back and forth with Crystal getting too drunk to drive home.

Driving her home Gavin makes sure she is OK, however, when she pulls him on top of her in the kitchen they give into the spark. Things appear to be going well between them over the coming weeks. Until Crystal finds out that she’s needs to be married in order to get her inheritance from her uncle. Asking Gavin to be her fake husband, but it’s just for the courts – right? 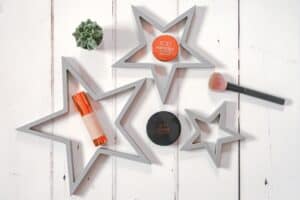 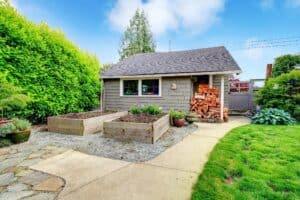 How to separate your home life and work-life 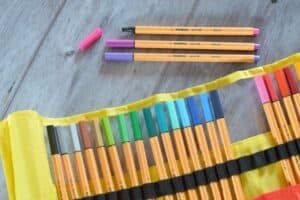