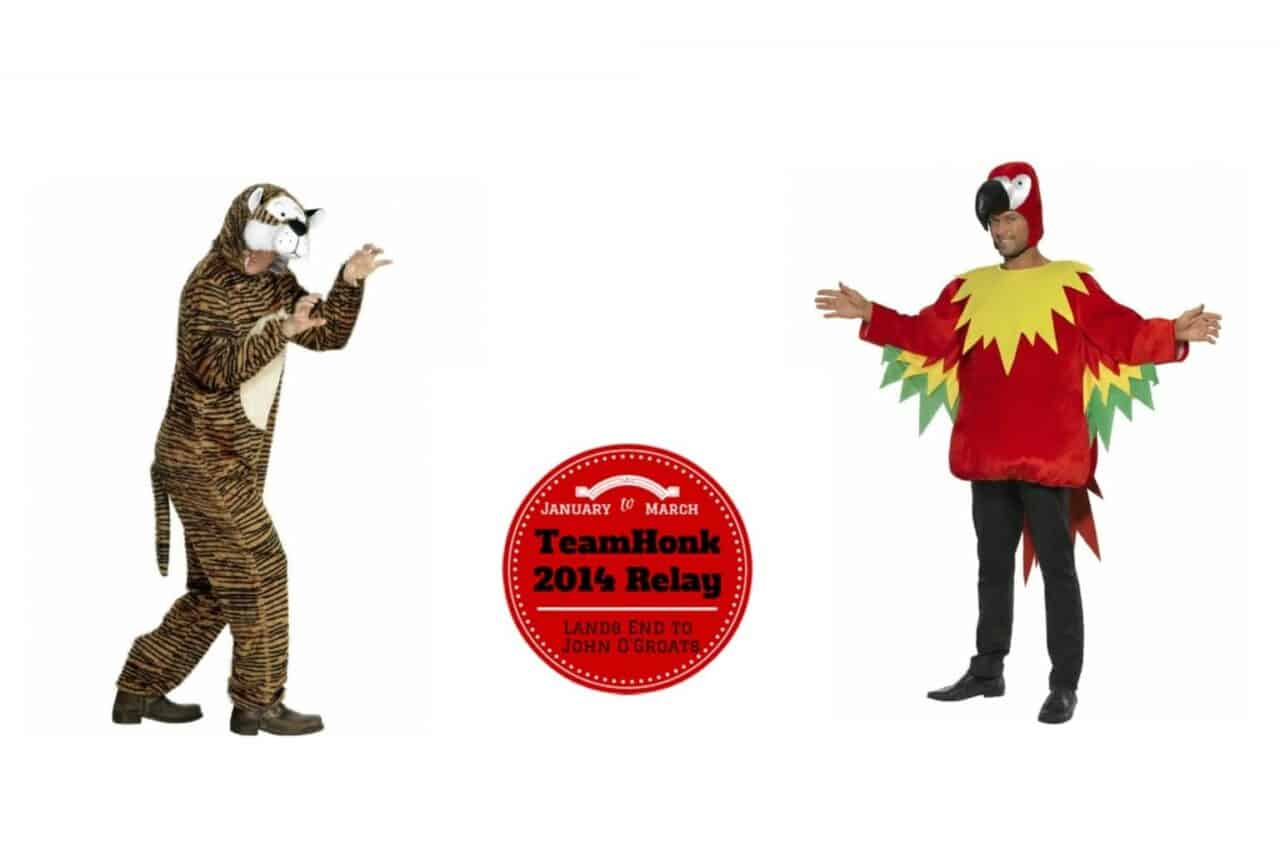 When Mr Boo and I were younger we used to attend quite a few fancy dress parties. I can still remember him getting asked for ID in Woolworths when he was trying to buy some red hair spray paint for a New Year’s Eve party (he was mortified, it was the first time he’d ever been asked for ID). Over the years we haven’t dressed up as much, so when it came time for me to take part in the Great Yarmouth #TeamHonkRelay I was keen to get dressed up and stand out from the crowd.

With the weather being less than favourable to us on the Tuesday we took the #TeamHonkRelay baton to the UK’s most easterly point, Ness Point I was very pleased to have chosen to wear the all in one tiger costume. Being vertically challenged I was relieved to see that both ankles and wrists were elasticated so I didn’t have to worry about pinning them up so they didn’t get in the way of my space hoppering (is that a word?) and scooting. The all in one suit comes complete with tail and hood (again it was soooo cold I was very thankful for this).

Mandi dressed in the Parrot costume I have to say looked really good, the two piece outfit (top and hat) looks really effective and is certainly eye catching. With the wind a little on the brisk side poor Mandi was smacked in the face several times by the feathers, so I think if we were to do it again we would pin the feathers down. 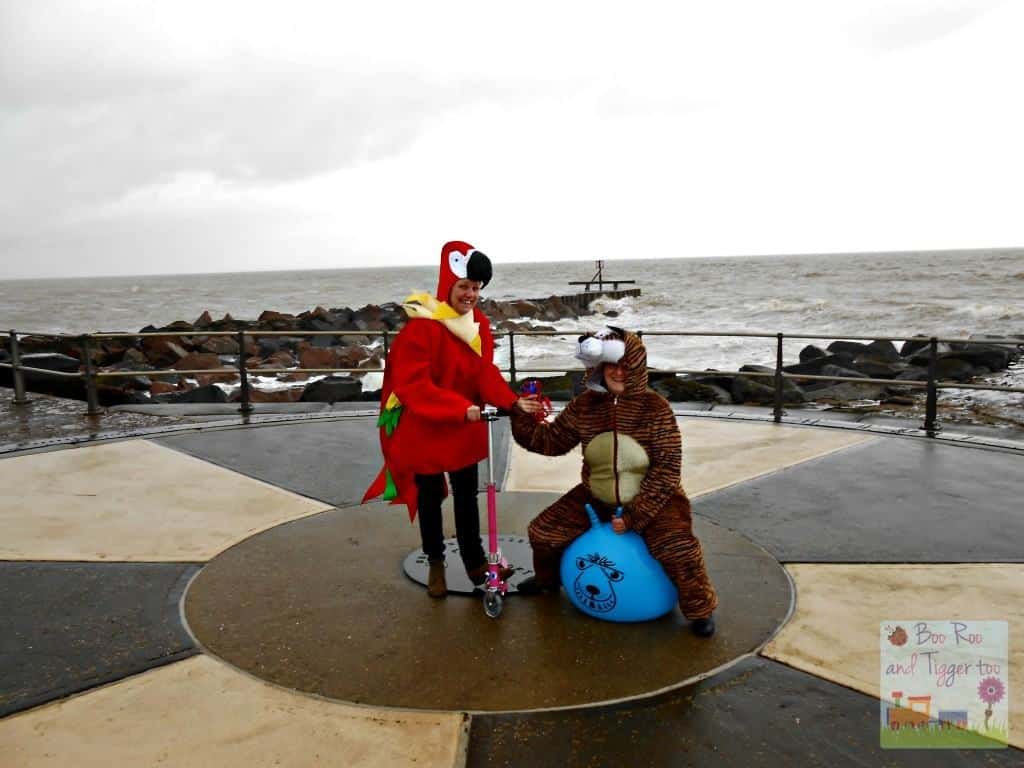 Disclosure: We received two adult fancy dress costumes FOC I was not asked to write about them but I’m nice like that. 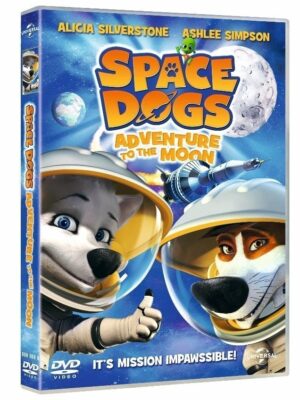